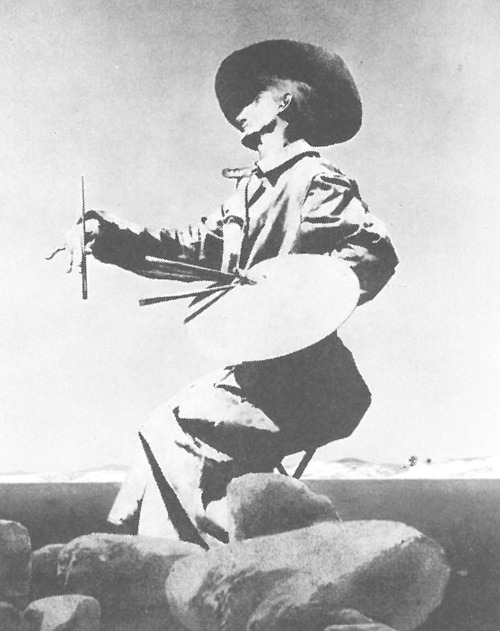 Vose Galleries first exhibited the works of Maxfield Parrish in 1968, shortly after the artist’s death. Composed of paintings primarily from the estate of Maxfield Parrish and the Betsey P.C. Purves Trust, the exhibition toured the country to near unanimous acclaim. Maxfield Parrish Jr., the executor of the estate and the artist’s son, wrote hopefully to R.C. Vose Jr in May of 1966, “I begin to almost believe that Dad will in time be canonized.” While we are certain that the masterful quality of Parrish’s work would have elevated him to the lofty place he now occupies, Vose Galleries is proud to have been early advocates for such recognition.