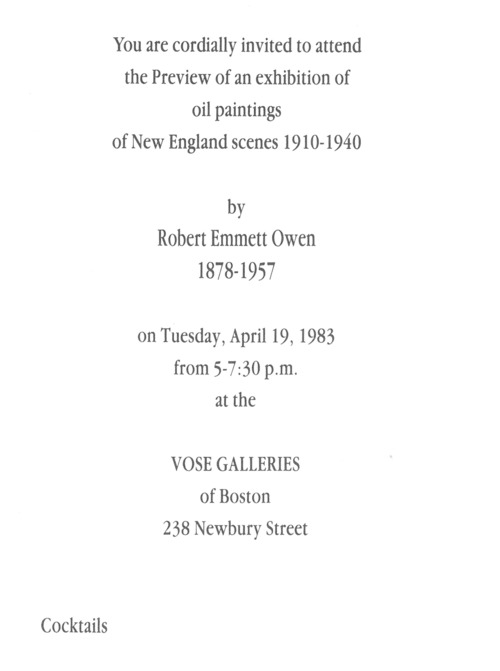 Vose Galleries has held a series of exhibitions of Robert Emmett Owen’s estate. Robert C. Vose III proclaimed 1980 the “Year of the Great American Impressionist Show.” The first estate show included nearly 80 works highlighting Owen’s scenes of rural New England. The accompanying catalogue praised the “rough yet elegant simplicity about Owen’s paintings, which, in their ability to evoke an emotional level beneath the physical description of a landscape, are reminiscent of Robert Frost’s poetry.” The 1980 show was followed by two more, in 1983 and 1985. The triad of exhibitions featured over 200 works and sparked a renewed interest in the artist. In the decades following those first exhibitions the gallery has seen hundreds of works by Robert Emmett Owen come through our doors.