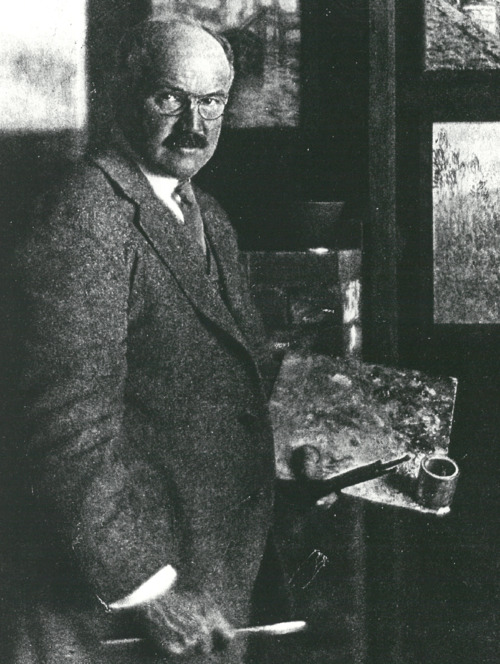 Vose Galleries gratefully represents the estate of George Loftus Noyes, a man who has been re-evaluated in recent years as one of Boston’s foremost Impressionist landscape painters. Noyes devoted his career to painting views of the countryside around Boston, the North Shore, and in the White Mountains. He was an experimental Impressionist painter, and created his own dualist style combining both elements of Impressionist optical realism and the naturalism of earlier nineteenth-century American painters. Vose Galleries first exhibited a selection of Noyes’ paintings alongside paintings by Charles H. Woodbury in a joint exhibition in July, 1987.