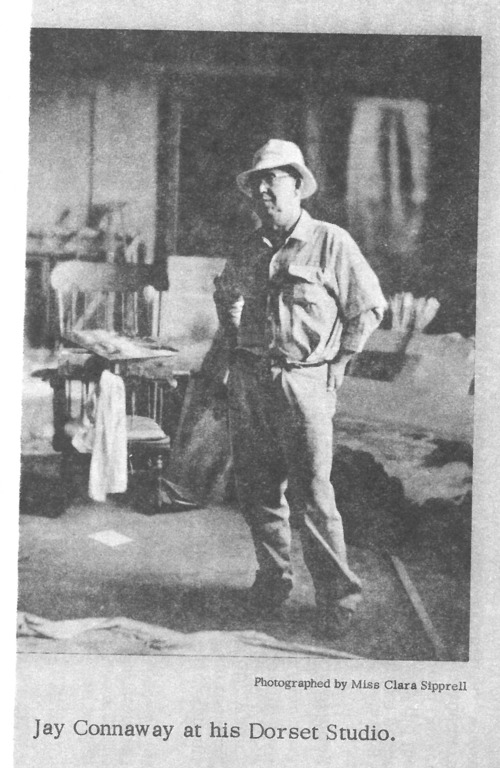 It is an extra special occasion for Vose Galleries to be able to exhibit the work of a well-known and accomplished artist during both his lifetime and again a half generation later. Such was the case with Jay Connaway, who exhibited at our Boylston Street gallery in 1940 and in 1948. The first show, from April to May, 1940, contained 29 examples and the second, from March to April, 1948, included 52 works.

Connaway settled on Monhegan in 1931, where he spent the majority of his career, and eventually relocated to Dorset, Vermont, continuing to visit the island each fall. His paintings of the two locations became regular additions to Vose Galleries’ shows during his lifetime, and the gallery worked with his family after his death to mount a major exhibition in 1986.