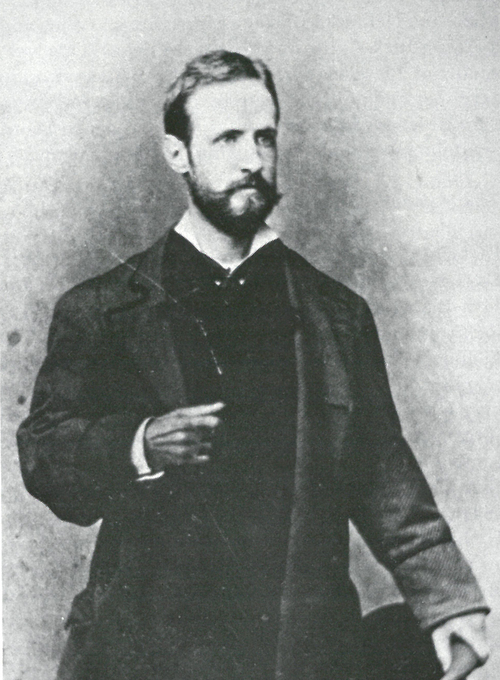 Vose Galleries’ long association with Ralph Albert Blakelock began in 1905: the first time Robert C. Vose saw a painting by the artist at an exhibition in New York. Robert was so impressed that he bought the very next painting by Blakelock he saw. Six years later, around 1911, Vose met Blakelock and his family personally. At the time, having been institutionalized in 1899, Blakelock was confined to Dr. Packer’s Sanitarium in Riverdale, New York. R.C. Vose first visited the family in Brooklyn, New York and then accompanied Mrs. Blakelock to the asylum. It was the first time in several months that Mrs. Blakelock had seen her husband, and was grateful to Robert for the financial advice he provided along the journey. On his return to Brooklyn, Robert bought a coat for Blakelock’s son, and the artist’s wife remained grateful to the generous Mr. Vose, exchanging numerous letters with him throughout the remainder of her life. The son who received the new coat even ended up working at Vose Galleries for a couple of years. Since the early 1900s Vose Galleries has been fortunate to handle numerous works by R.A. Blakelock, a man who R.C. Vose called “my favorite American artist, dreamer, musician, poet on canvas.” In 1981, Vose Galleries put together an exhibition of upwards of 60 of his beautiful drawings.