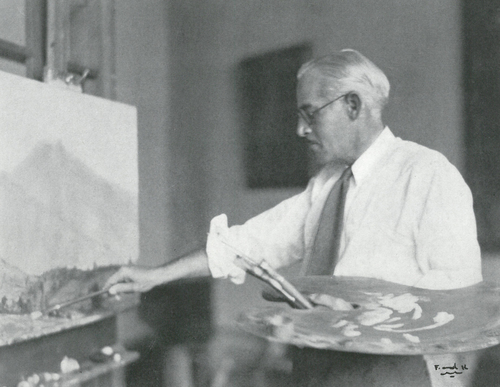 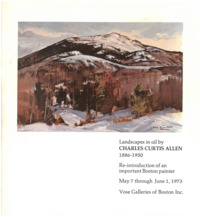 Landscapes in Oil by Charles Curtis Allen: Re-introduction of an Important Boston Painter

Charles Curtis Allen first came to the attention of the Vose family in 1933 when he was named an Associate of the National Academy. Our records contain a letter of heartfelt congratulations from Robert C. Vose to Mr. Allen, which catalyzed a longstanding working relationship. He would be made a Full Academician in 1945.

The year after his passing, Vose Galleries held a memorial show of paintings from the artist’s estate. More than two decades later the gallery hosted a re-introduction of the artist, and in 1973 Vose Galleries again brought Allen’s work to the public. S. Morton Vose Jr. wrote, “This exhibition of the work of Charles Curtis Allen is the return of an old friend to Vose Galleries. We are happy to present again the work of an artist whom we first showed and admired more than forty years ago.”