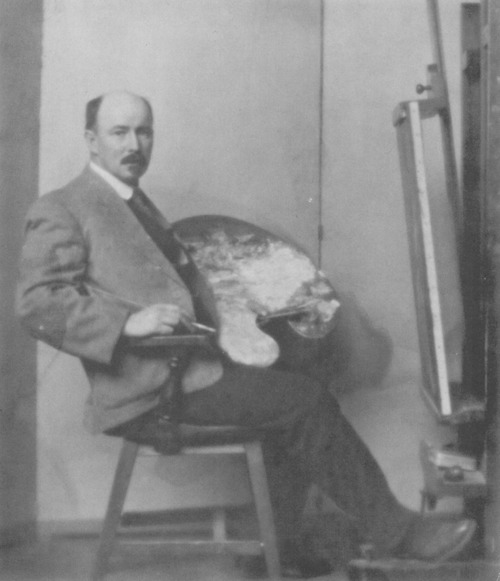 A memorial exhibition of William Paxton’s work was held at the Museum of Fine Arts, Boston in 1944 following his passing three years earlier. The first exhibition from the estate of William Paxton was held at Vose Galleries in 1976, two years prior to the Indianapolis Museum’s 1978 retrospective. In 1979 Vose Galleries held another exhibition of twenty-four oil paintings and twelve drawings from the estate, some of which had traveled with the Indianapolis Museum’s show. These exhibitions helped reintroduce one of the most acclaimed artists of the Boston School to the public. In truth Paxton’s popularity had waned only briefly, as had most realist artists’ status with the advent of modernism. The estate was passed from the artist’s wife Elizabeth Okie Paxton to the current holder, with whom Vose Galleries has had a long and productive relationship. It is our great pleasure to continue to work with the estate of William Paxton, one of the premier artists in Boston’s storied history.