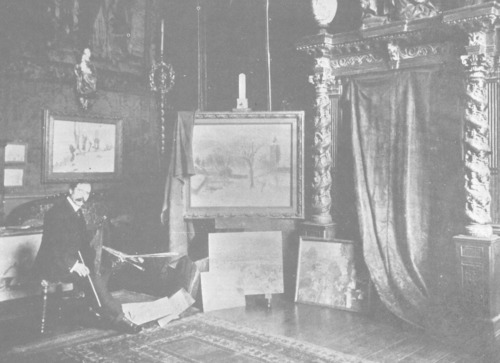 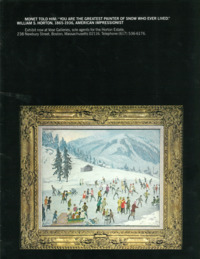 Monet Told Him: "You are the greatest painter of snow who ever lived" 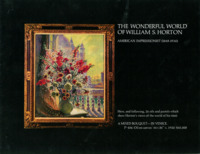 During the 1930s, Robert C. Vose brought impressionist shows directly from Paris to our Copley Square gallery in Boston. In 1967 Robert C. Vose Jr. and an associate travelled to Paris to see a large collection of paintings by an important expatriate American artist, William S. Horton. A friend of Claude Monet, Horton was an acclaimed impressionist for whose estate we were the world agents of for the next seven years.

William S. Horton was wealthy during his lifetime, and he hated to part with his paintings. Thirty years after Horton’s death, his son still had a cache of hundreds of oils, pastels and watercolors. He didn’t want to sell them either, and didn’t have to.

An American collector who discovered this treasure spent nearly a year persuading the son that Horton’s works should be shared with the world. Vose Galleries were chosen as the world agents, and in 1967 we launched the first major American exhibition of the expatriate artist’s work. The wildly popular show toured museums around the country for the next three years, and Vose Galleries has subsequently held two other major exhibitions of his work.