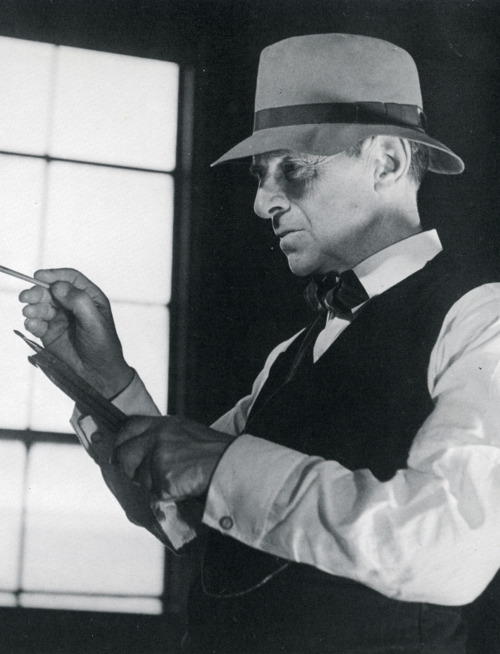 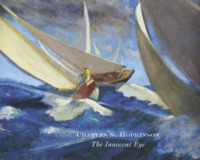 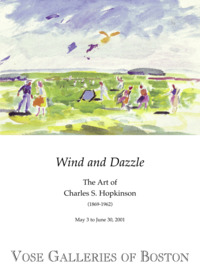 Essay by Leah Lipton of the Danforth Museum of Art

Charles Hopkinson has had a long history with Vose Galleries, beginning in 1915 when seven of his watercolors were included in a group show the Watercolor Club of Boston held at Vose Galleries. Ironically, two years before, Robert C. Vose had reacted with horror at the Boston showing of the radical Armory Show of 1913 and must have known of Hopkinson’s inclusion in the show’s debut in New York City. Yet Vose Galleries exhibited Hopkinson’s modernistic watercolors two years later without prejudice. Even more puzzling, in 1929 and 1930 Robert sponsored two major exhibitions featuring watercolors by the Boston Five, one of the first modernist-leaning groups in Boston!

Thereafter, Hopkinson regularly exhibited his portraits as samples for commissions in the 1930s, a difficult time for the art market, and in 1945, he had a solo show of twenty portraits as well as nine watercolors, the proceeds of which were to be donated to the war charities. He continued showing his watercolors at Vose in the 1950s, the results of his trips to New Zealand, Hawaii and the British Isles. Together with the artist’s family, Vose Galleries has produced five one-man exhibitions of Charles Hopkinson’s work to date, most recently in June 2013.