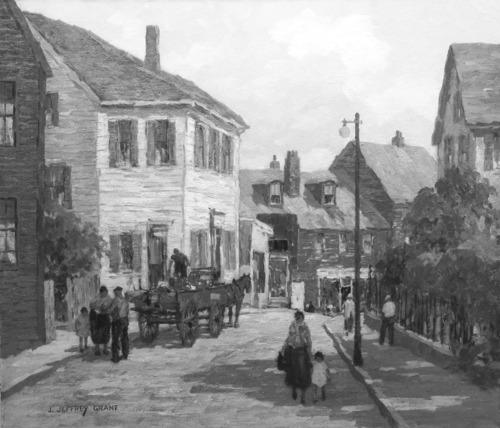 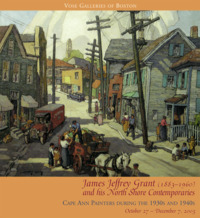 James Jeffrey Grant and his North Shore Contemporaries: Cape Ann Painters During the 1930s and 1940s 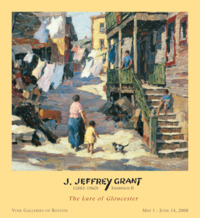 “I have a collection of fifty paintings that I inherited from my uncle and wondered if you would be interested in seeing them?” Every art dealer dreams about such a call, and in 2004 that exact inquiry came to us from the Midwest. After the photographs arrived, the Vose family hopped on a plane to Chicago and promptly purchased the entire group of fifty paintings. Although they had not seen work by Grant before and there was very little auction information, they knew that the sheer quality of the work placed him in the top tier of North Shore painters handled by Vose Galleries for generations.

The first exhibition, held October-December 2005, examined Grant’s life and work during the 1930s and 1940s, and was titled “James Jeffrey Grant and his North Shore Contemporaries.” Intended to be the first of a two part exhibition, our plan was thwarted by the fantastic response to the paintings. We sold not only most of the pieces from the first show, but also many which were slated for show number two. Vose Galleries has played a major role in reintroducing artists of the early to mid-1900s, and we are pleased to include James Jeffrey Grant to the extensive list of talented but forgotten artists whose work we have championed.