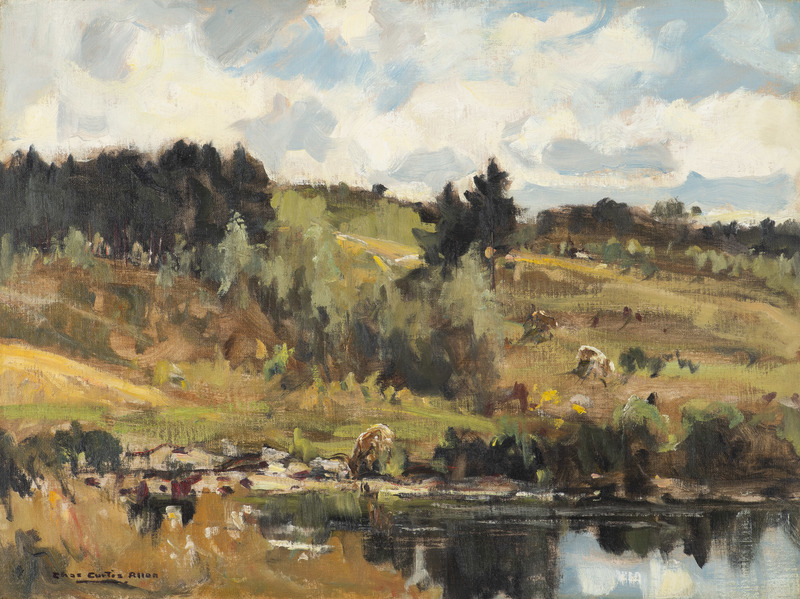 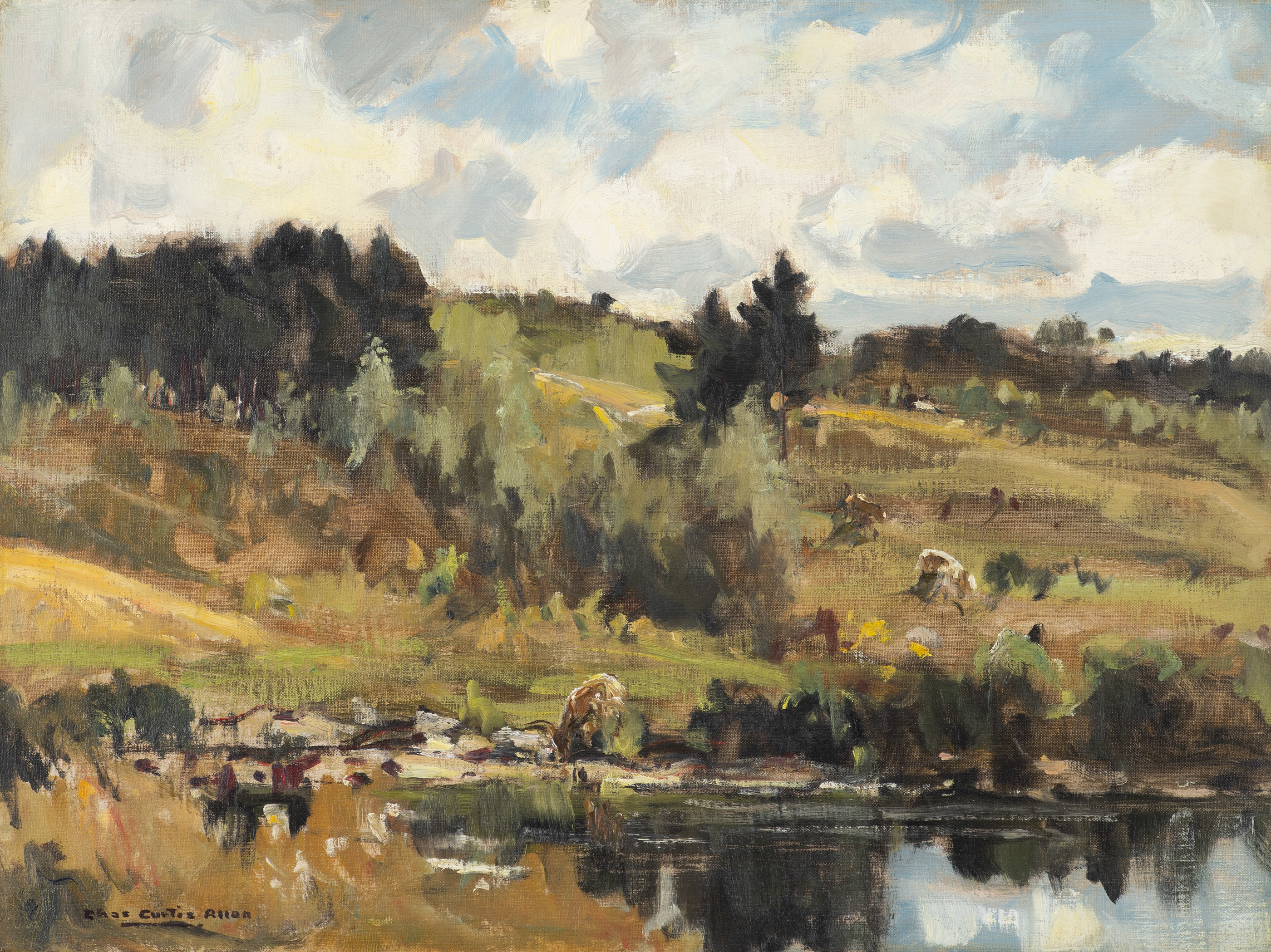 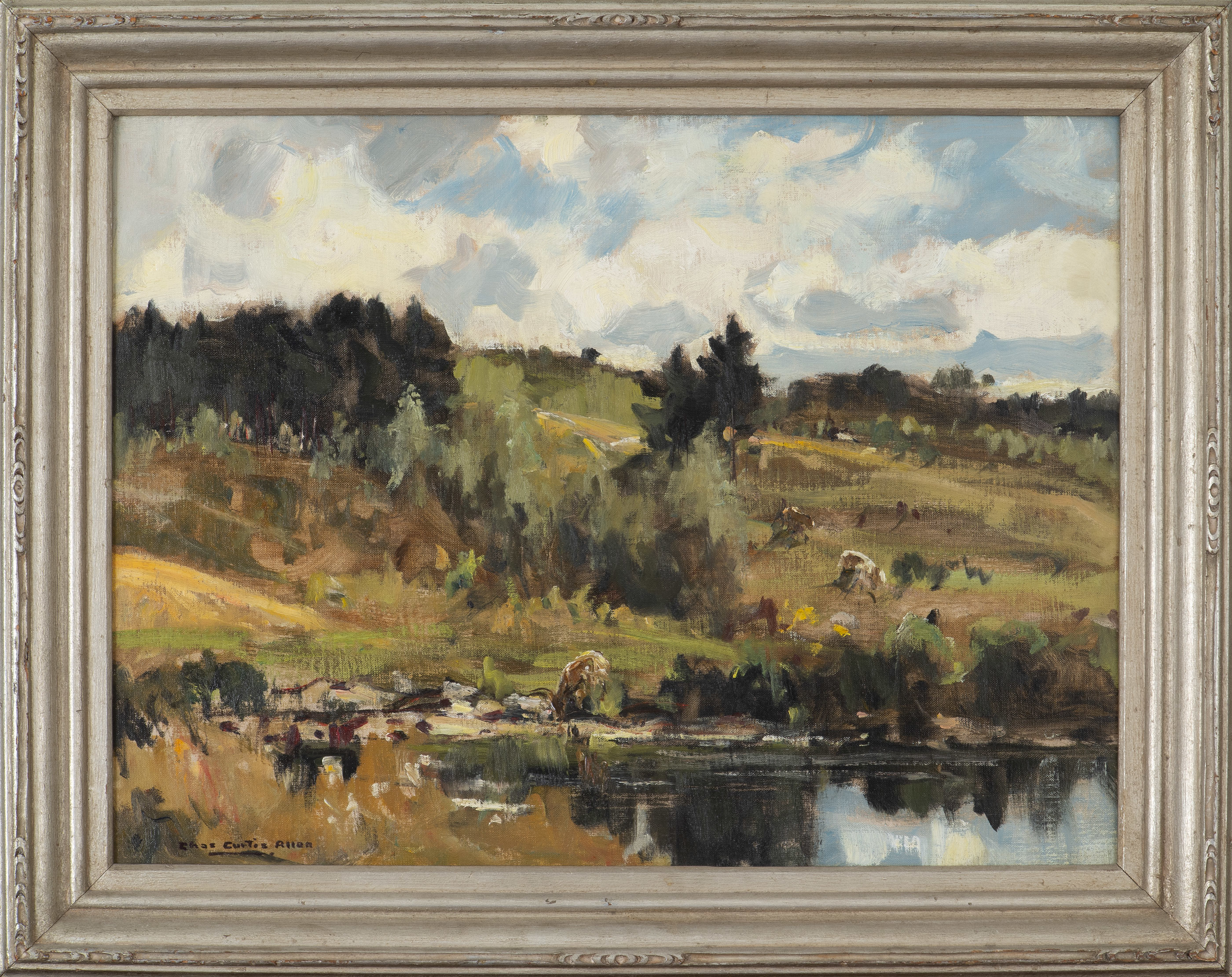 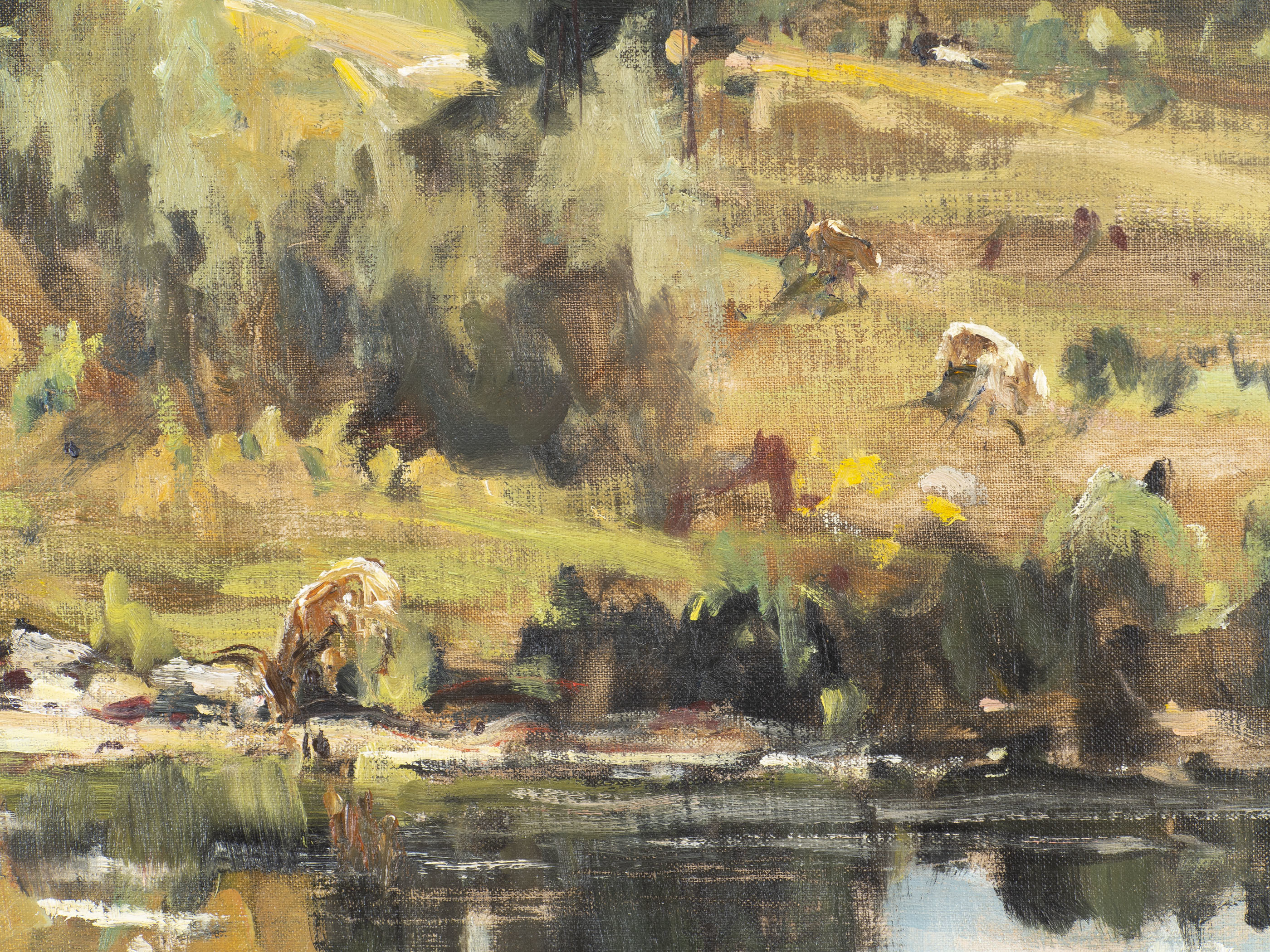 Best remembered for capturing the varied views and seasonal moods of New England, Allen found inspiration among the region's grand mountain vistas, its quaint coastal fishing villages, and its numberous farmsteads and abundant meadows, as seen in New England Pasture. The painting demonstrates the artist's eye for translating the soft yellows and greens of summertime, as well as his lively brushwork in rendering the landscape and clouds, while still giving definition to the forms of the cattle grazing on the hillside.

Born in Leominster, Massachusetts, Charles Curtis Allen graduated from the Worcester Art Museum in 1916, where he was a pupil of Philip Leslie Hale and Hermann Dudley Murphy, and studied privately with watercolorist Henry W. Rice. Allen became an influential teacher during his lifetime, an activity that began while still a student himself and which continued with lessons held in his Waban, Massachusetts, studio. Allen exhibited at the Art Institute of Chicago, the Boston Art Club in 1931 and the Corcoran Gallery in 1943, and participated in the annual shows of the Boston Society of Water Color Painters held at Vose Galleries in the 1930s and 1940s. He also belonged to the Guild of Boston Artists, the Gloucester Society of Artists, the Salmagundi Club and the Rockport and North Shore Arts Associations, and showed with "The Six", an exhibition group that included John Whorf, Aiden Lassell Ripley, John Lavalle, Harry Sutton, Jr., and Stanley Woodward.

Estate of the artist

To private collection, Brookline, Massachusetts, May 1973

By descent to collector's daughter, private collection, Keswick, Virginia, by 2021