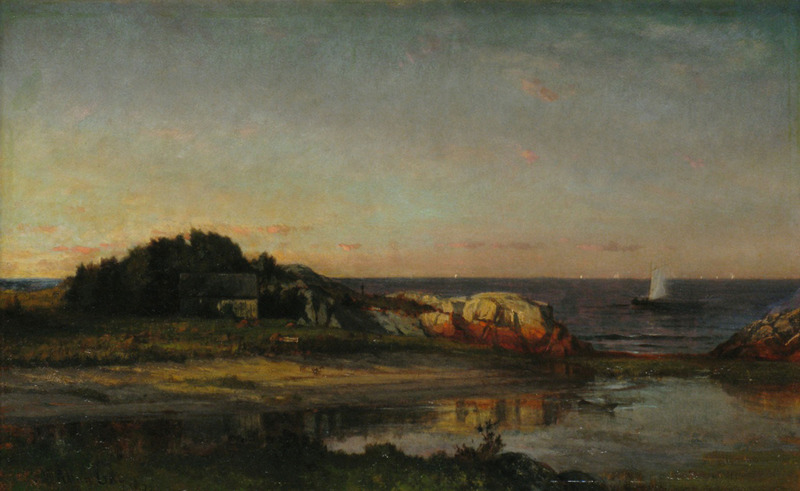 Born in Hingham, Massachusetts, in 1821, Winckworth Allan Gay was part of the first wave of Americans to be influenced by Barbizon painting. At the age of 17, he took lessons with Robert W. Weir in West Point, New York, and in 1847 traveled abroad to Paris to study with Constant Troyon. While in Paris, he met fellow New Englander Benjamin Champney, and they went on sketching trips together throughout Europe. When he returned to America in 1851, Gay established a studio on Summer Street in Boston and found appealing subject matter in the White Mountains of New Hampshire and along the shores of Massachusetts.

Gay exhibited with the Boston Art Club from the first 1855 exhibition continuously until 1877. In 1859, the Boston Athenaeum purchased Lake Champlain and Green Mountains, from Westport, New York, and later exchanged that painting for another one entitled Mount Washington. With William Morris Hunt, Gay became a founding member of the Allston Club, where they both exhibited landscape paintings.

In 1873, Gay traveled to Europe and Egypt, and held an exhibition of his Egyptian drawings at Boston’s Doll & Richards gallery. In 1877, he auctioned off over one hundred paintings to fund a trip to the Far East, where he spent four years in Japan, one of the first Americans to do so, and traveled throughout China and India. After a two-year stay in Paris on his way back to America, Gay returned to Boston in 1884 and held an exhibition of paintings featuring the fascinating landscapes and traditions he had seen during his travels. In 1890, Gay retired to his native Hingham and passed away twenty years later. In addition to the Museum of Fine Arts, Boston, Gay’s work can be found in the collections of the Brooklyn Museum, the Yale University Art Gallery and the Smithsonian American Art Museum.