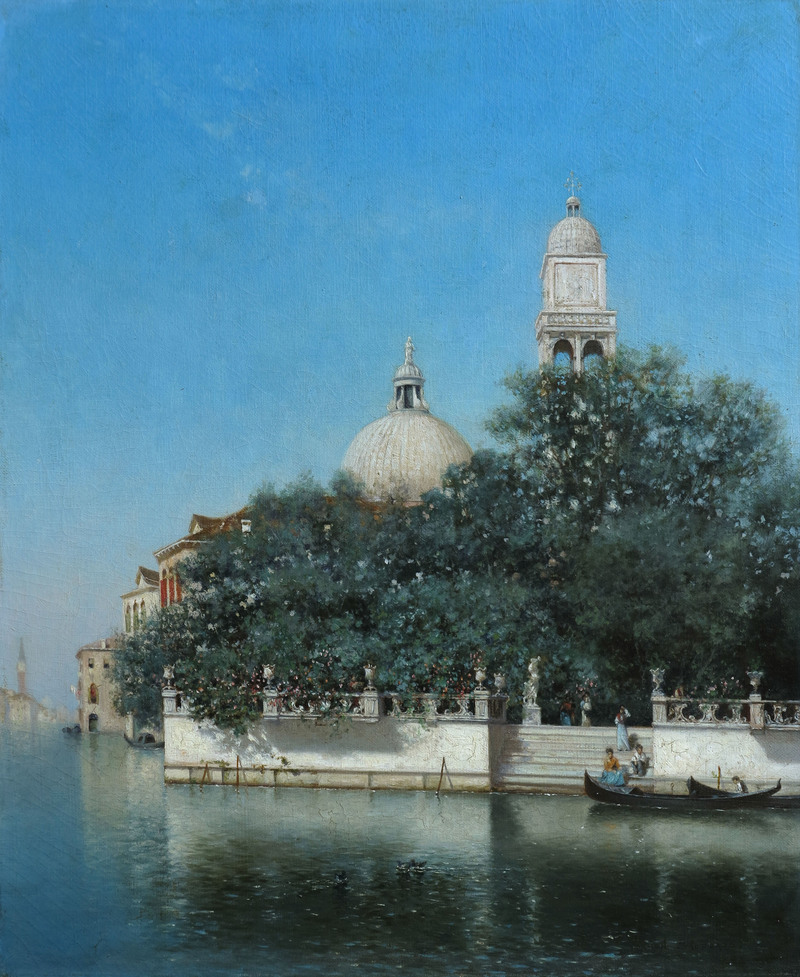 Marine painter Warren W. Sheppard was born in Greenwich, New Jersey, to a ship captain father who instilled in his son a love and respect for the sea. He studied privately with Mauritz F. H. De Haas and took courses in drawing at Cooper Union in New York City, and traveled along the Mediterranean coast in 1879, sketching the ports of Naples, Gibraltar, Genoa and Messina. Sheppard’s foreign tours continued between 1888 and 1893, with stays in Paris and Venice, where he captured the architecture and busy canals of the Floating City. This fondness for travel also translated to his home country.  He sailed along the East Coast from New Jersey to Maine in search of subjects and was an expert navigator, eventually writing the book Practical Navigation. Yacht design became a second career for Sheppard and he participated in a number of sailing competitions himself, most notably winning the New York-to-Bermuda race twice while skipper of the Tamerlane.

Sheppard exhibited with the Brooklyn Art Association between 1874 and 1881, and with the National Academy from 1880 to 1899, and won a gold medal at the Denver Exposition in 1884. Today his work can be found in several museum collections, including the Museum of Fine Arts, Boston, the Albright-Knox Art Gallery in Buffalo, New York, the Addison Gallery of American Art in Andover, Massachusetts, the Mariner’s Museum in Newport News, Virginia, and the Peabody Essex Museum in Salem, Massachusetts.