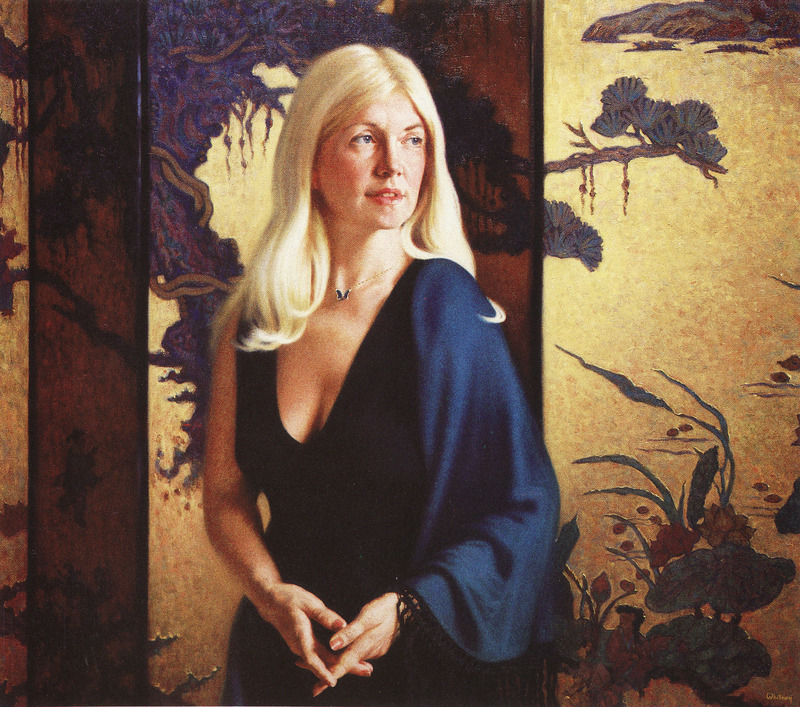 Town and Country magazine has named Richard Whitney one of the top dozen portrait painters in America.  Fine Art Connoisseur called him one of “the giants of the field” of figurative painting.  Whitney has won over 40 regional and national awards as well as three grants from the Greenshields' Foundation of Montreal.  His paintings hang in over 750 public and private collections throughout the United States and abroad.  They include the Anchorage Museum of Art and History; the Anderson House Museum; the Newark Museum; the Pentagon; Harvard; MIT; Stanford; Yale and the Catholic University of Portugal.  Whitney has painted more than 400 portraits including numerous CEOs of industry, presidents of universities and educational leaders as well as family and individual portraits. He has painted eight US Governors including Mitt Romney; US Senators Tom McIntyre, Judd Gregg and James Webb, Jr.; Nobel Laureates Paul Samuelson and Dr. Phillip A. Sharp; Secretary of Labor Robert Reich; Cardinal Humberto Medeiros; Father McGivney, Founder of the Knights of Columbus; and actor, Ethan Hawke. In 2015, he was awarded an Honorary Doctor of Fine Arts for lifetime achievement from the University of New Hampshire.

Born in 1946, Whitney graduated Phi Beta Kappa from the University of New Hampshire in 1968.  He studied with Sidney F. Willis and with the eminent Boston painter, R. H. Ives Gammell, over a period of five years.  Over fifteen dealers and agents represent Whitney nationwide. Memberships have included the American Society of Classical Realism, the Copley Society, the Guild of Boston Artists, the National Arts Club, the Players, and the Society of Illustrators.  He is an Honorary Member of the Allied Artists of America and the American Artists Professional League.  Whitney is a board member of the Art Renewal Center and Chairman Emeritus of the American Society of Portrait Artists Foundation.

Whitney's paintings have been seen on national cable television and have been the subject of numerous newspaper and magazine articles.  He was the cover artist for the April 1982 issue of American Artist and was featured again in April 2002.  Whitney is the author of the book Painting the Visual Impression which has been read by thousands of artists world-wide.  He is also a co-author of the book Realism in Revolution: The Art of the Boston School.  His paintings have also been reproduced in the book Edmund C. Tarbell and the Boston School of Painting.  Whitney has traveled and painted in Europe, Japan, Alaska and the Caribbean and has lectured and conducted workshops throughout the United States.  He is listed in a dozen reference books including, Who's Who in American Art, Who’s Who in America, and Who’s Who in the 21st Century.