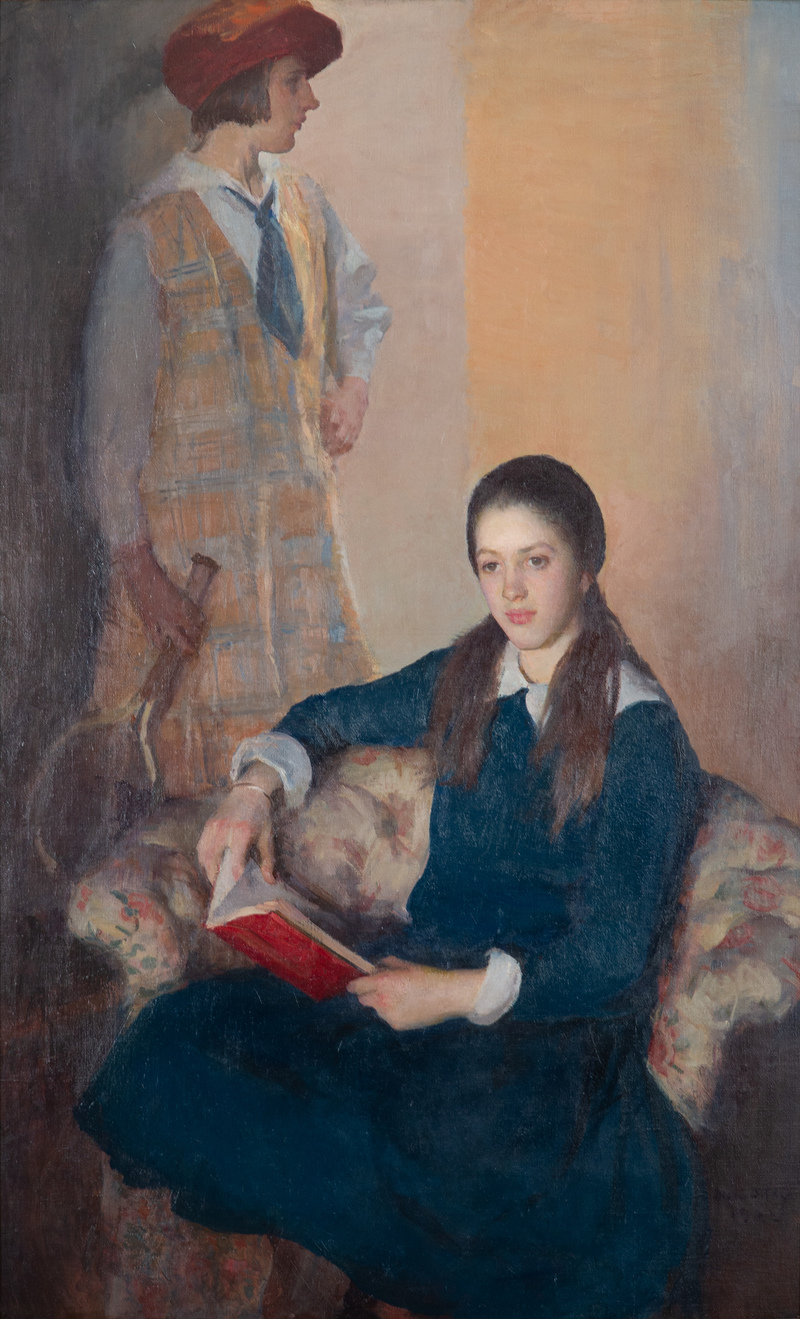 Prominent portrait painter Marie Louise Danforth was born in Boston and began drawing classes with Helen Knowlton when she was seventeen years old. In 1889, she met the artist Frank Duveneck whose influence cultivated her interest in portrait painting. A year later Danforth enrolled in the School of Painting at the Museum of Fine Arts, studying for the next five years under renowned Boston School artists Frank Benson and Edmund Tarbell.  In 1892, she exhibited her first work at the Boston Art Club and in the same year was awarded a traveling fellowship. Although Danforth later canceled her plans for European travel to care for her ailing mother, she considered her Boston arts education just as valuable: “Boston is as good a place as any in the world to learn painting…I found no need for going elsewhere. Of course, we must go to Europe to see the pictures, but we may as well stay here to learn to draw and paint.” [1] In 1896, Marie Danforth married Calvin Gates Page, a physician and research scientist, and she finally made her trip abroad when they sailed to Europe in 1903.

In Boston, the Pages lived at 128 Marlborough Street where Marie maintained her studio. Her portrait work was in high demand and her unique skill in portraying children and young women was especially popular among the affluent families in her Back Bay neighborhood. By 1915, she began to focus on capturing the intimate relationship between mother and child. Page earned numerous prizes throughout her lifetime and exhibited regularly in Boston at Vose Galleries, the Guild of Boston Artists and the Boston Art Club, and showed at the Pennsylvania Academy of the Fine Arts and the National Academy of Design, where in 1916 she was awarded its prestigious Julia A. Shaw Prize for the best painting by a woman artist. In 1927, Page was elected an Associate of the Academy and one year later was awarded the Thomas Proctor Prize for the best portrait.