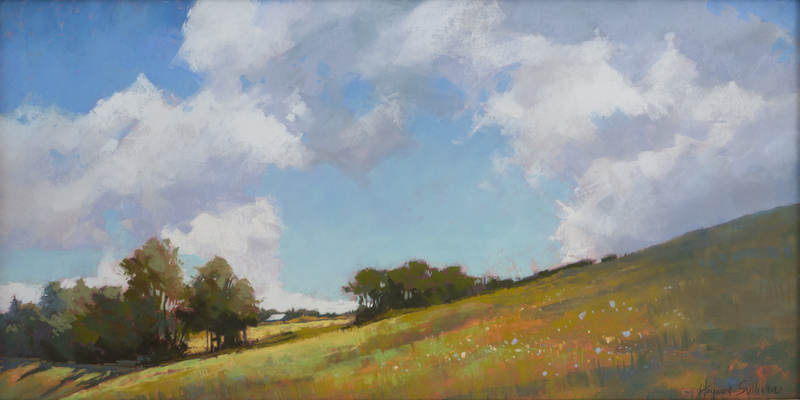 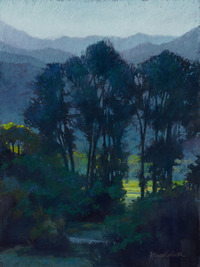 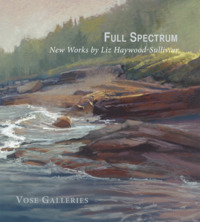 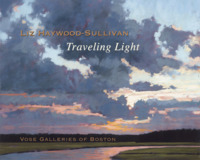 Based in Marshfield Hills, Massachusetts, Liz Haywood-Sullivan, PSA-MP, IAPS/MC, is a representational artist dedicated to working in pastel. In 1996, she chose to leave an eighteen year career in design to pursue her passion for fine art through full-time dedication to her painting.

When asked to describe her relationship with pastel Liz said, “The first time I used pastels I was immediately impacted by their ability to paint light. No other medium can achieve the same effects with light and color. I love the texture of the medium, of its immediacy, and by the direct feel of pigment in my hand. When I paint with pastel, the pastel itself becomes an extension of my fingers.” Her paintings have come to be defined by strong values, graphic compositions and stunning atmospheric effects. To achieve this result, she works on black paper or using underpainting employing layers of color going from darker to lighter values. This technique gives her work wonderful translucency with amazing depth.

Today, in addition to her work as a professional pastel artist, she instructs and is a dedicated arts advocate. Haywood-Sullivan served as the third President of the International Association of Pastel Societies (IAPS), ending her term in 2017 after managing three international conventions and 12 international pastel exhibitions – including the 24th IAPS Juried Exhibition held at Vose Galleries in 2014. She teaches workshops on pastel painting both nationally and internationally and is a sought after competition judge. She has achieved Master Pastelist status with the Pastel Society of America (PSA), is a Master Circle Member of IAPS, and holds signature memberships with the Pastel Painters Society of Cape Cod, and the Connecticut Pastel Society. In 2009 she was elected a member of the venerable Salmagundi Club of New York City, where she has taught and has exhibited. Her work has been chosen twice to represent PSA at the Butler Museum of American Art. She was a featured speaker at the 2016 Second China Biennial International Exhibition and her work is in the permanent collection of the Ming Art Museum in Suzhou, China. In 2018, she is a featured faculty member for the Plein Air Convention, and she is a featured instructor at the Pastel Society of Australia’s first National Expo. Her award-winning paintings have been seen in national and international exhibitions, and are included in museum, private and corporate collections worldwide. Her work has also been featured in several notable publications including The Pastel Journal, American Art Collector Magazine, Southwest Art and American Artist Magazine, and several books. Her book Painting Brilliant Skies & Water in Pastel (Northlight Books, 2013) was recently translated into Chinese. Vose Galleries is proud to have had solo shows of Liz Haywood-Sullivan's work in 2007, 2011, 2019 and 2021.