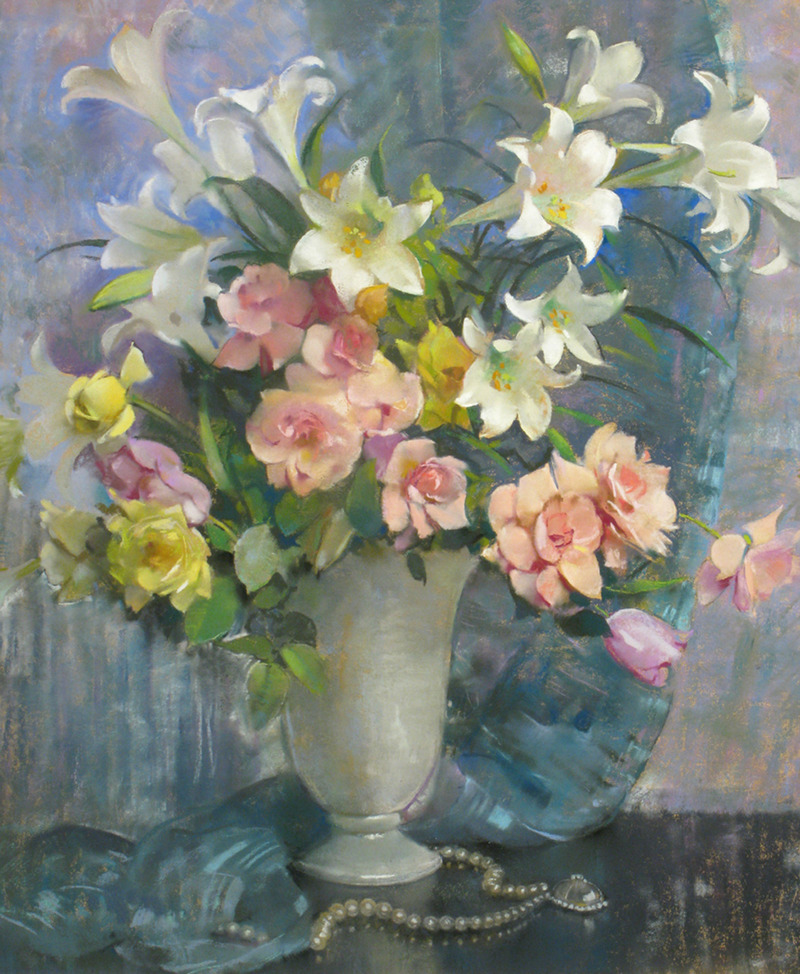 Laura Coombs Hills was born in Newburyport, Massachusetts, and came to Boston to study painting. She briefly attended the Cowles Art School and also worked with artist Helen Knowlton. During the 1880s, Hills designed greeting cards, illustrated children’s books and decorated pottery, and in 1889, she made her Boston debut with a solo exhibition of pastels at the J. Eastman Chase Gallery.  In 1890, Hills traveled to England with her sister, where she learned to paint miniatures on ivory. Three years later, she exhibited miniatures at the Chase Gallery in Boston, and the show was so successful that she received twenty-two orders immediately.

Hills was an important figure in the miniature revival of the 1890s. Her portraits were very popular among collectors and critics, selling so well that she was able to design and build a house in Newburyport, and was awarded a gold medal at the St. Louis Exposition in 1904.  She also won the first Medal of Honor from the Pennsylvania Society of Miniature Painters in 1916.  However, by the 1920s, with her failing eyesight and a decline in the market for miniatures, Hills turned to flower subjects done primarily in pastels. For the next twenty-five years she concentrated on flower pieces, which were avidly collected by an adoring public. She maintained a studio in Newburyport and at 66 Chestnut Street, a row house on Beacon Hill that had a top-floor studio and small apartment in the back, where she lived with her mother and devoted sister, Lizzie.