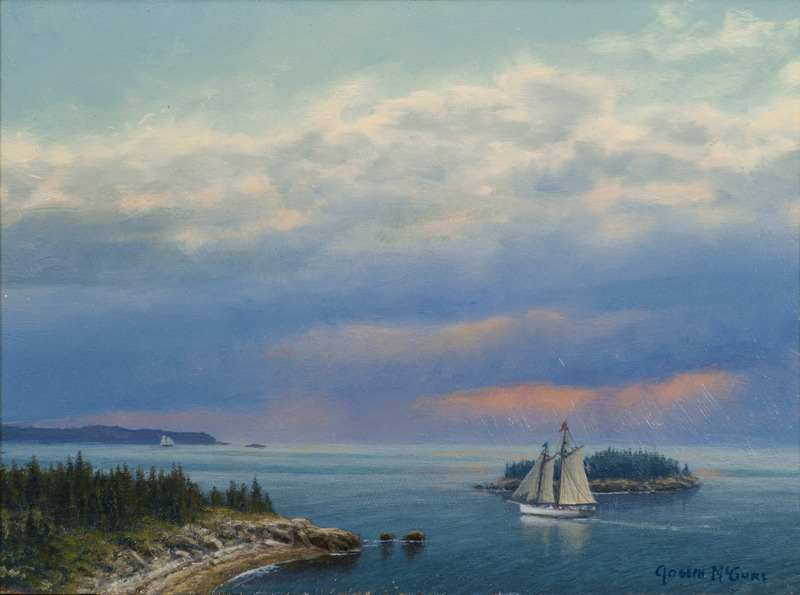 Born and raised in Massachusetts, Joseph McGurl’s first and most influential teacher was his father, muralist James McGurl. The younger McGurl later studied with Ralph Rosenthal at the Museum of Fine Arts, Boston, and graduated from the Massachusetts College of Art with a dual degree in art and education. He also studied privately in England and Italy, and with notable Boston painter Robert Cormier.

McGurl has shown his work in galleries in Boston, New York and San Francisco, and has had solo exhibitions at the Cahoon Museum of American Art in Cotuit, Massachusetts, and the Cape Cod Museum of Art, as well as the St. Botolph Club in Boston. He is a member of the Guild of Boston Artists and a Copley Master with the Copley Society in Boston, and has received top awards from both organizations. Vose Galleries included the artist in our monumental 2004 exhibition featuring nearly one hundred artists titled Realism Now: Traditions & Departures, Mentors and Protégés. Showing alongside his colleagues Donald Demers and William R. Davis, McGurl wrote about his painting style in the catalogue: “For me the most important part of painting is the actual process, not the resulting product. I do not use photography; painting in the field is a vital component of the creative process. The true subject of my pictures is an exploration of light, form, space and color interpreted through paint.”[1]

An avid sailor, McGurl worked as a yacht captain after graduating from college, sailing throughout the East Coast and the Caribbean. Today he continues to cruise the coast of New England with his wife and children aboard his ketch Atelier, which he uses as a floating studio.