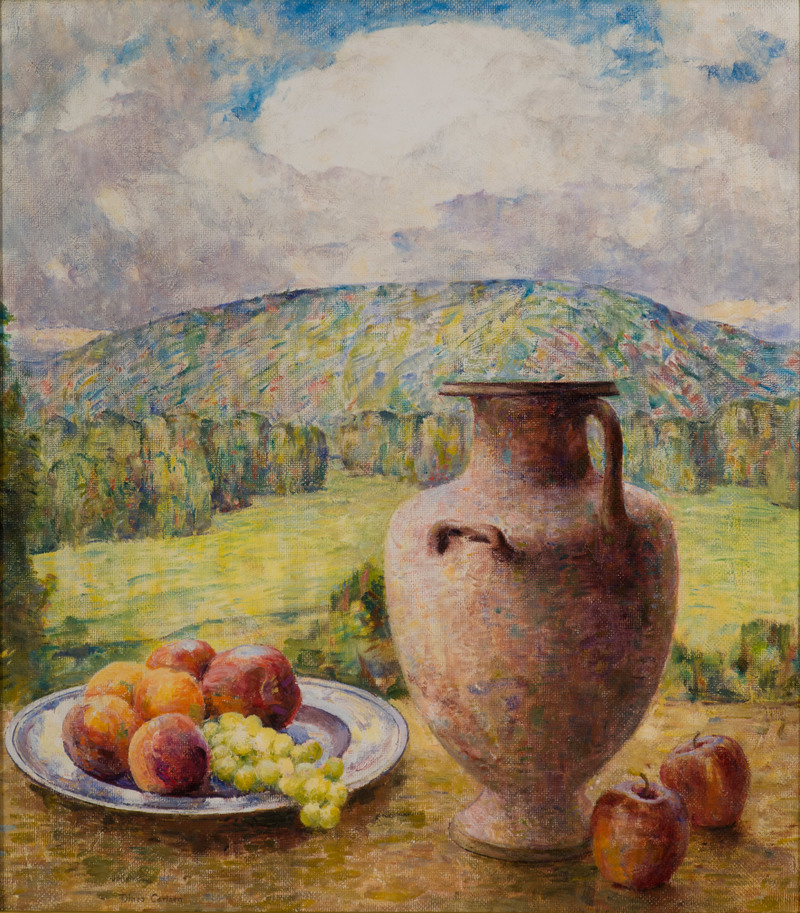 Born in New York City to the highly-regarded painter Soren Emil Carlsen, Dines followed in his father’s footsteps and pursued a career in the fine arts, excelling in the fields of landscape and still life. His father was his first and only instructor and by the age of eighteen, he was awarded the prestigious Third Hallgarten Prize at the National Academy of Design. A frequent exhibitor, he became an Associate in 1922 and earned the Second Hallgarten Prize a year later. Carlsen also participated in the annuals of the Pennsylvania Academy of the Fine Arts, the Art Institute of Chicago, the Corcoran Gallery and the Carnegie Institute, and exhibited alongside his father in a pair of two-artist shows at the Grand Central Art Galleries in 1929 and, posthumously, in 1968. Carlsen became a full Academician in 1941 and today his work can be found in numerous private collections as well as the Indianapolis Museum of Art and the Smithsonian American Art Museum.

After his father’s death in 1932, Dines moved permanently to his family’s country home in Falls Village, Connecticut, and also spent time in Summerville, South Carolina. An excellent draftsman, Carlsen’s still life compositions of household objects, fruits and flowers were rendered with bold colors and a careful attention to light, form and texture, while his landscapes were inspired by his travels throughout the United States and Mexico.