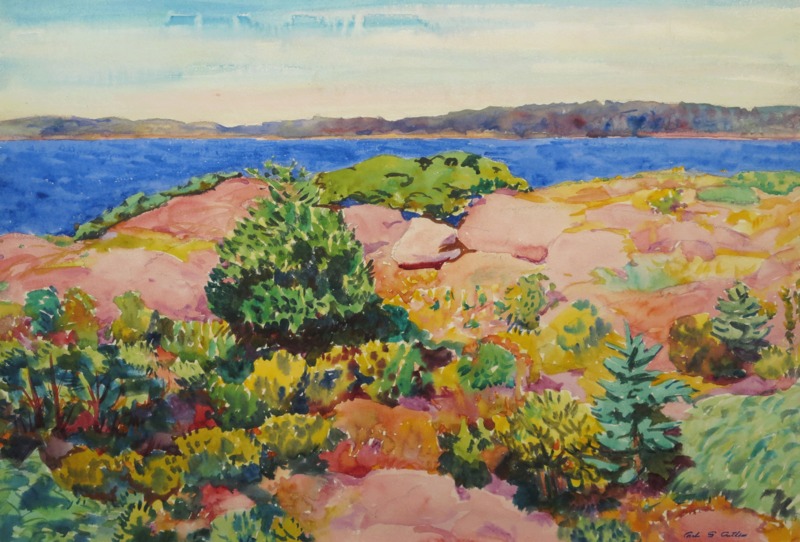 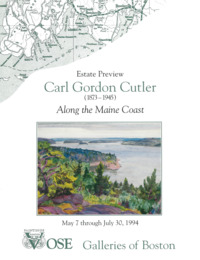 Estate Preview: Along the Maine Coast

Charles Gordon Cutler attended the Massachusetts Normal Art School where, in his own words, “we received a thorough training in such things as isometric projections, and learned to know the feeling and symbolism of solids, working in a different way toward the principles that Cezanne had been expounding unknown then to this hemisphere.” In 1896 he attended the Boston Museum School and then departed for France. Cutler was impressed by the freedom and exuberance of modern painters, and when he returned to Boston he began to develop his own expressive style.

In 1913 Cutler exhibited with Maurice Prendergast, E. Ambrose Webster and Charles Hovey Pepper. He later became a member of the “Boston Five,” with modernists Charles Hopkinson, Charles Hovey Pepper, Marion Monks Chase and Harley Perkins. Joined by John Goss they called themselves “Group of Six,” and received their share of critical outrage for challenging the well-entrenched conservative painting styles of the day.

Although celebrated in his own lifetime as a pioneer of modernism, Cutler seemed happiest out of the lime light, painting in his home on the Penobscot Bay in Maine.