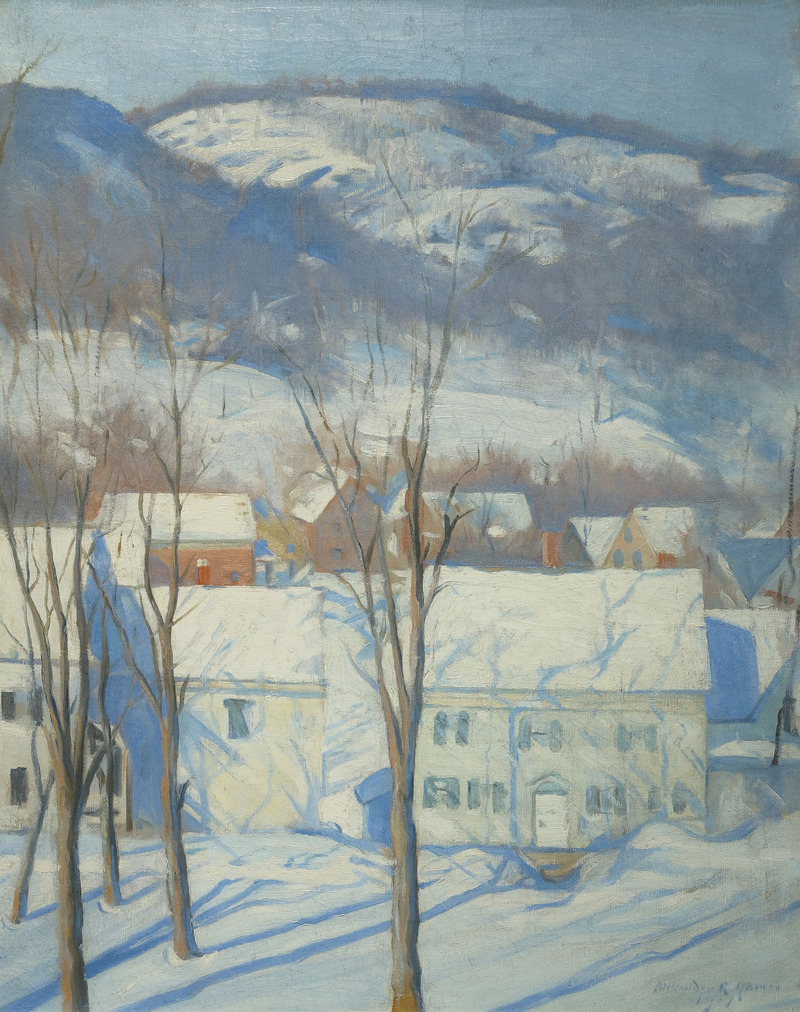 See on the walls of this gallery not merely pictures painted in oils on canvas, but human personalities recreated and intensified by the hand of an artist trained to consummate craftsmanship in the service of a sensitive and penetrating power of vision. Here, by the grace of Alexander James, people reveal themselves. [i]

Alexander Robertson James was born into a family of creative men, the youngest son of philosopher William James and nephew of noted writer Henry James. He was raised in Cambridge, Massachusetts, and studied at the Boston Museum School under Frank W. Benson.  James later married Frederika Paine and moved with his new bride to California, where the couple spent the first two years of their marriage.  Success in lucrative portrait commissions came easily to James, but the demands of this career did not suit his temperament. At the suggestion of James’ mentor Abbot Thayer, the James family returned east in 1918 and settled in Dublin, New Hampshire.  Dublin was already an established art colony where Thayer was a leading figure, and James studied for six years under his tutelage.

James spent nearly all of his time in Dublin with the exception of a reprieve in 1931 when he went to Richmond, New Hampshire, and painted for a full year in solitude.  From 1930 until 1937 he focused primarily on painting portraits; today, his most famous portraits include George de Forest Brush in the collection of the Fogg Art Museum and Portrait of a Professor owned by the Museum of Fine Arts, Boston. James is also well known for his impressionist-inspired landscapes and genre scenes, capturing the local farmers, woodsmen and hunters of New Hampshire.