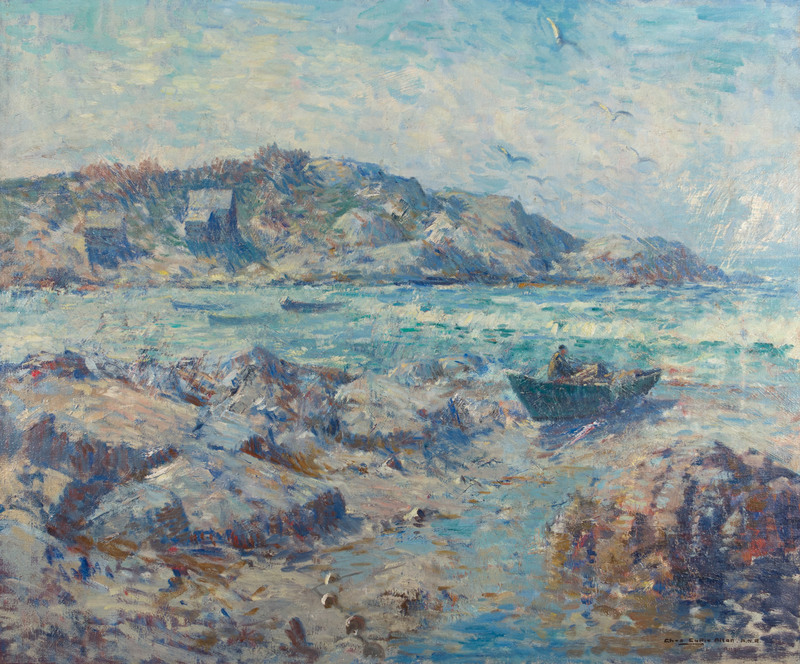 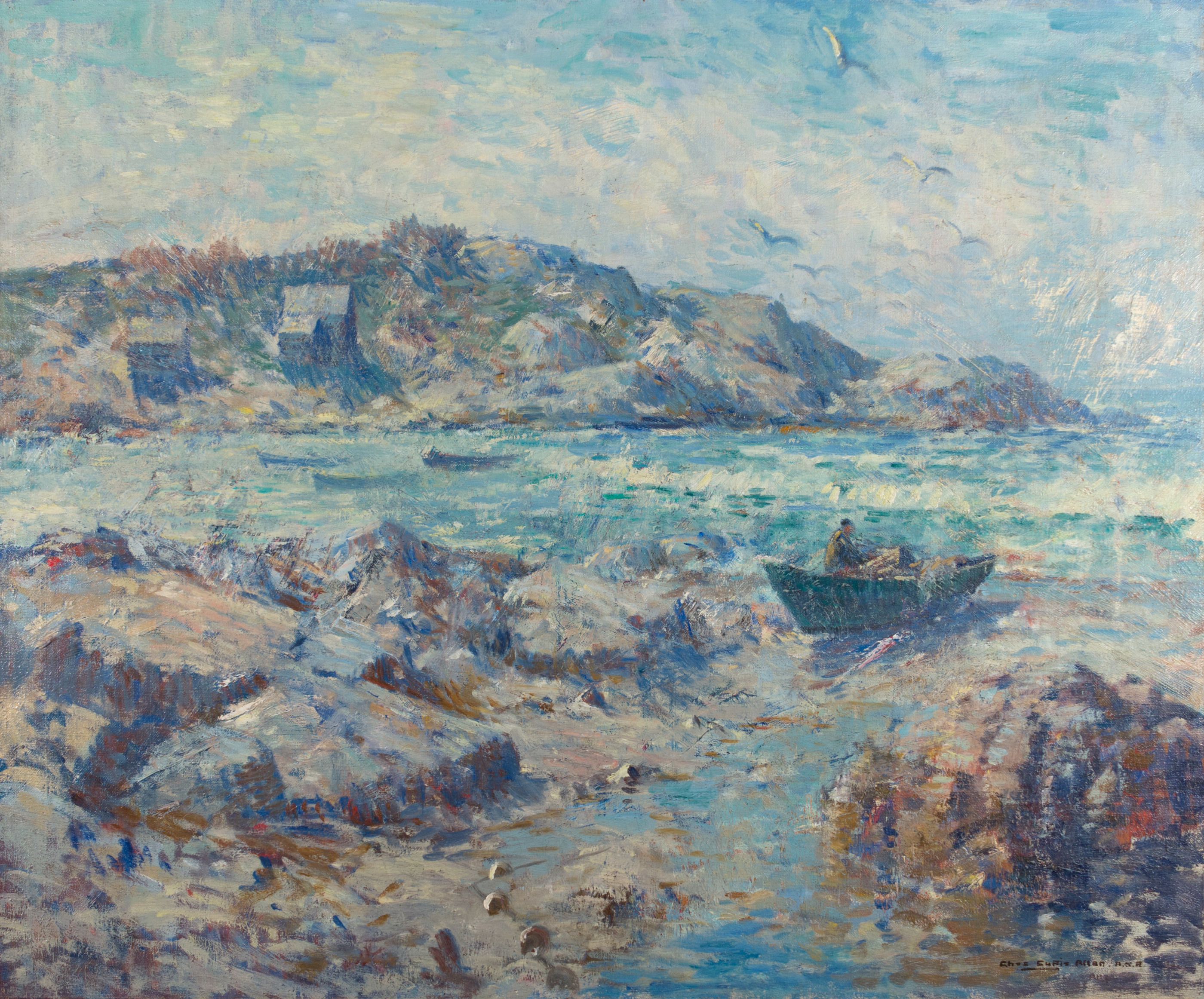 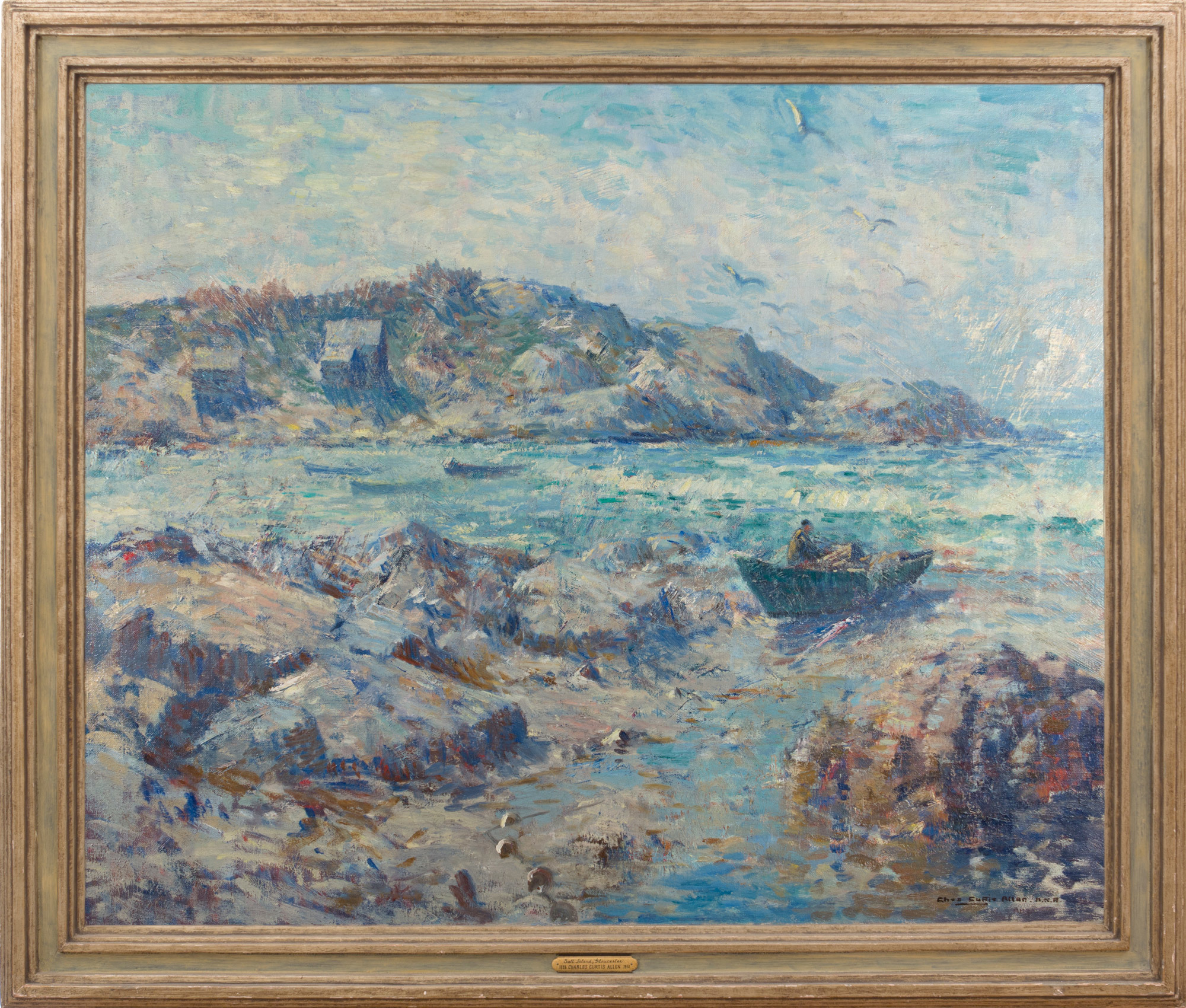 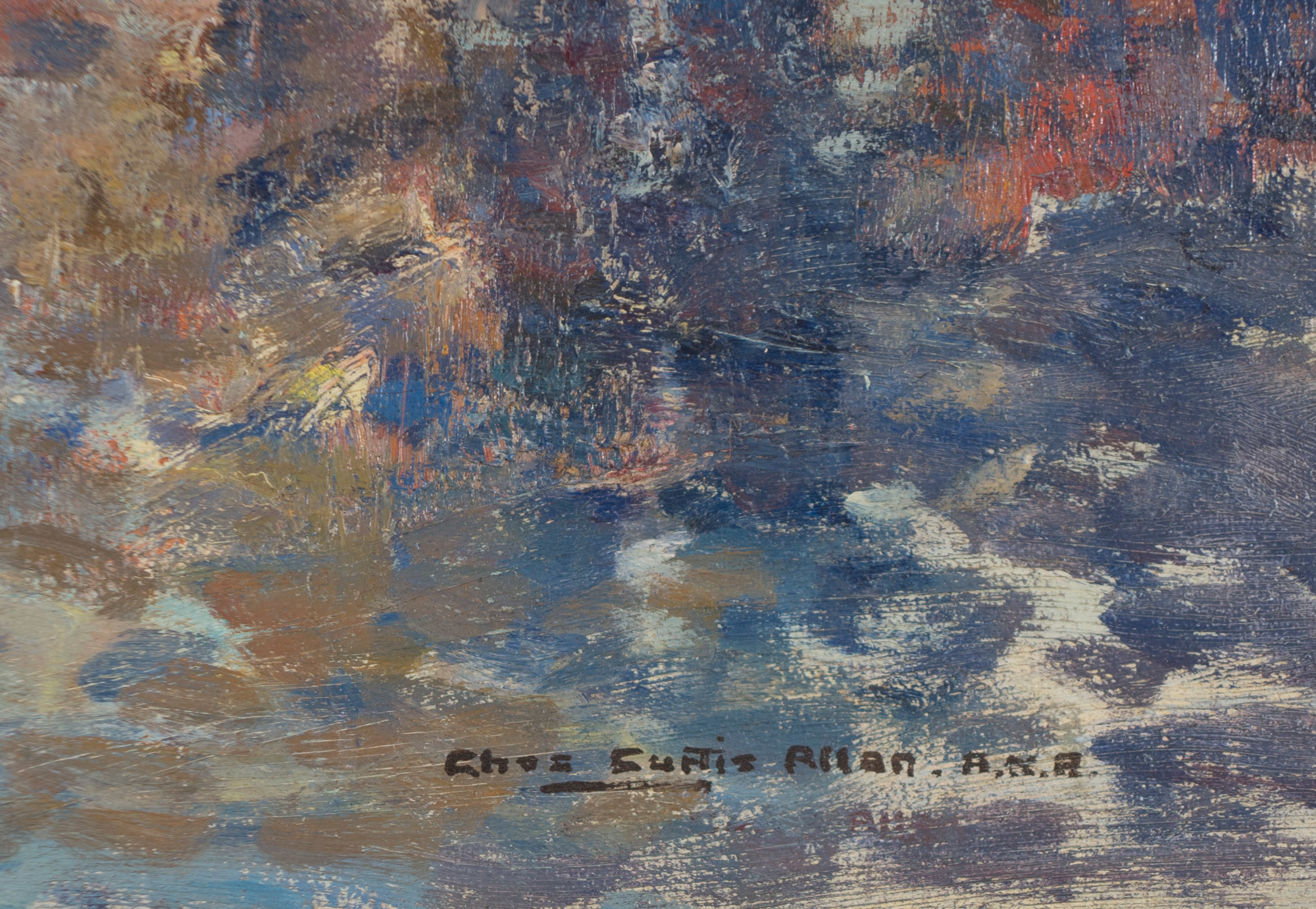 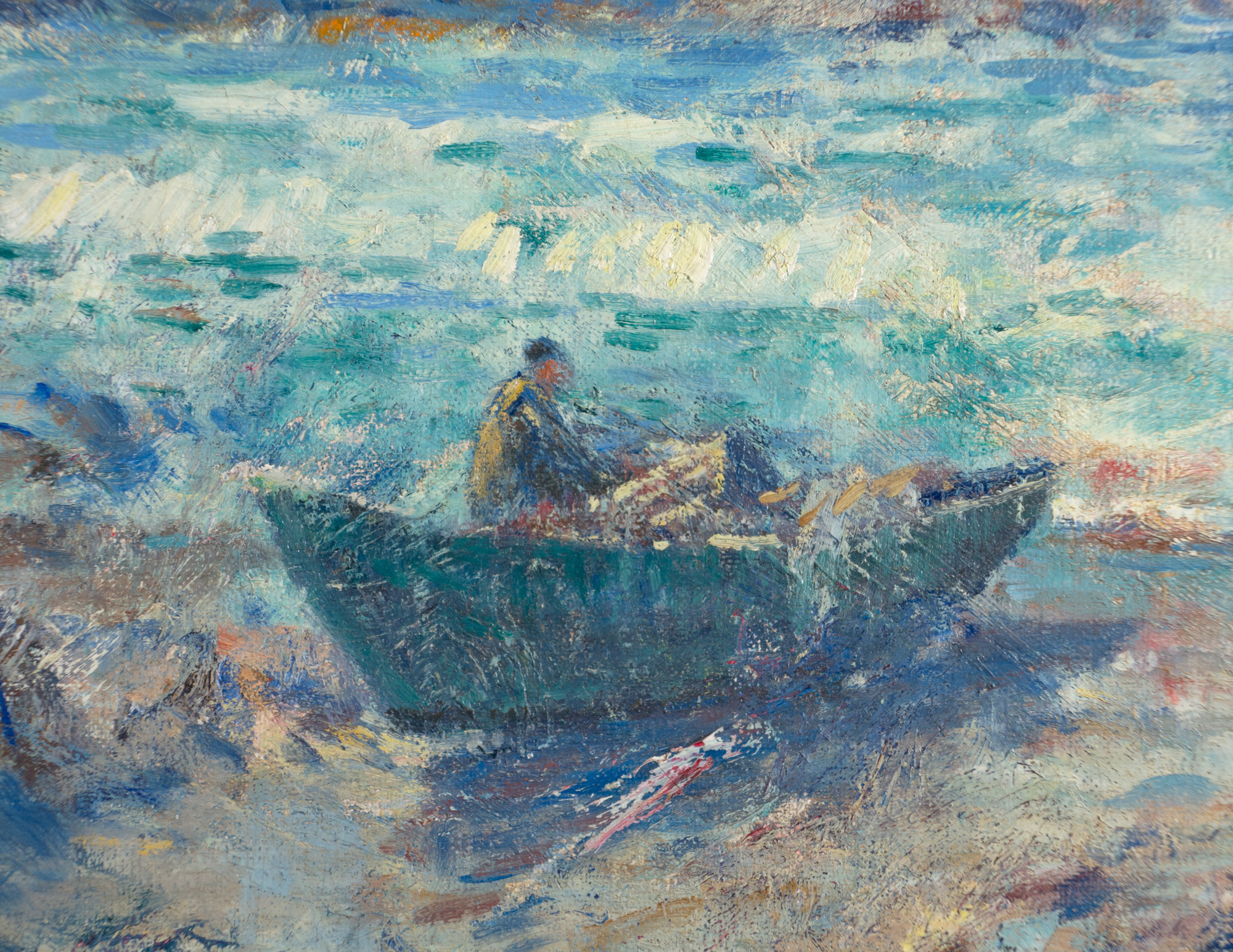 Although best remembered for his mountain landscapes captured in all seasons, Salt Island, Gloucester, Massachusetts is a sparkling rendition of the (currently) uninhabited island just off Good Harbor Beach, which has been undeveloped and privately owned for generations and was listed for sale in 2017. It remains open to the public and today beachgoers can walk along a sandbar during low tide to explore the island’s rocky terrain, but during Allen’s time and up into the 1950s, the Parsons family operated their lobster business from the outpost. One can imagine the man in the foreground, with his dory full of traps, might have been one of the Messrs. Parsons bringing in his catch.

Salt Island, Gloucester, Massachusetts was included in Vose Galleries’ 1951 show, and twenty years later it returned to the gallery through Allen’s estate in preparation for another solo exhibition of his oil paintings planned for 1973. Robert C. Vose, Jr., however, was so taken with the piece that he purchased it a year before the show opened! In the 1973 catalogue, his brother S. Morton Vose expressed the gallery’s pleasure to be handling Allens work again, welcoming “the return of an old friend.”[1]

Circa 1940
Price upon request
Contact Vose about this painting