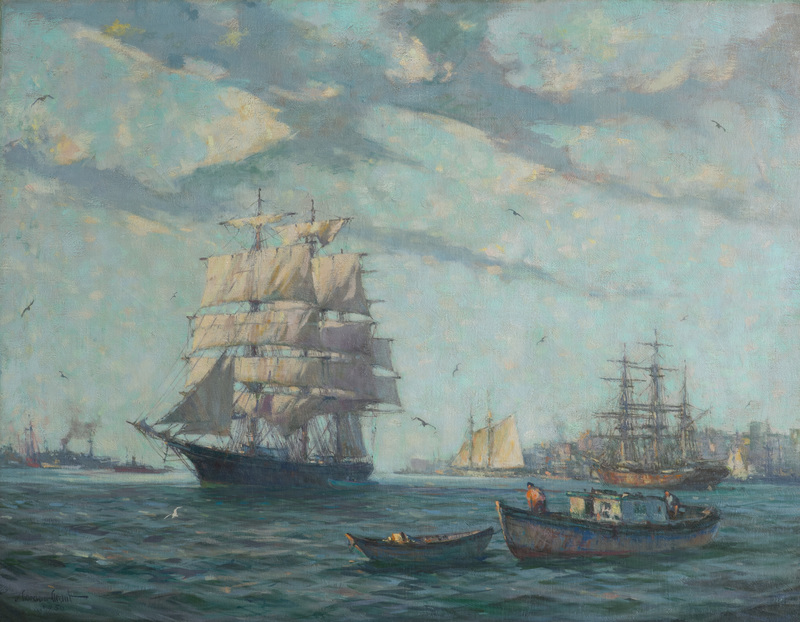 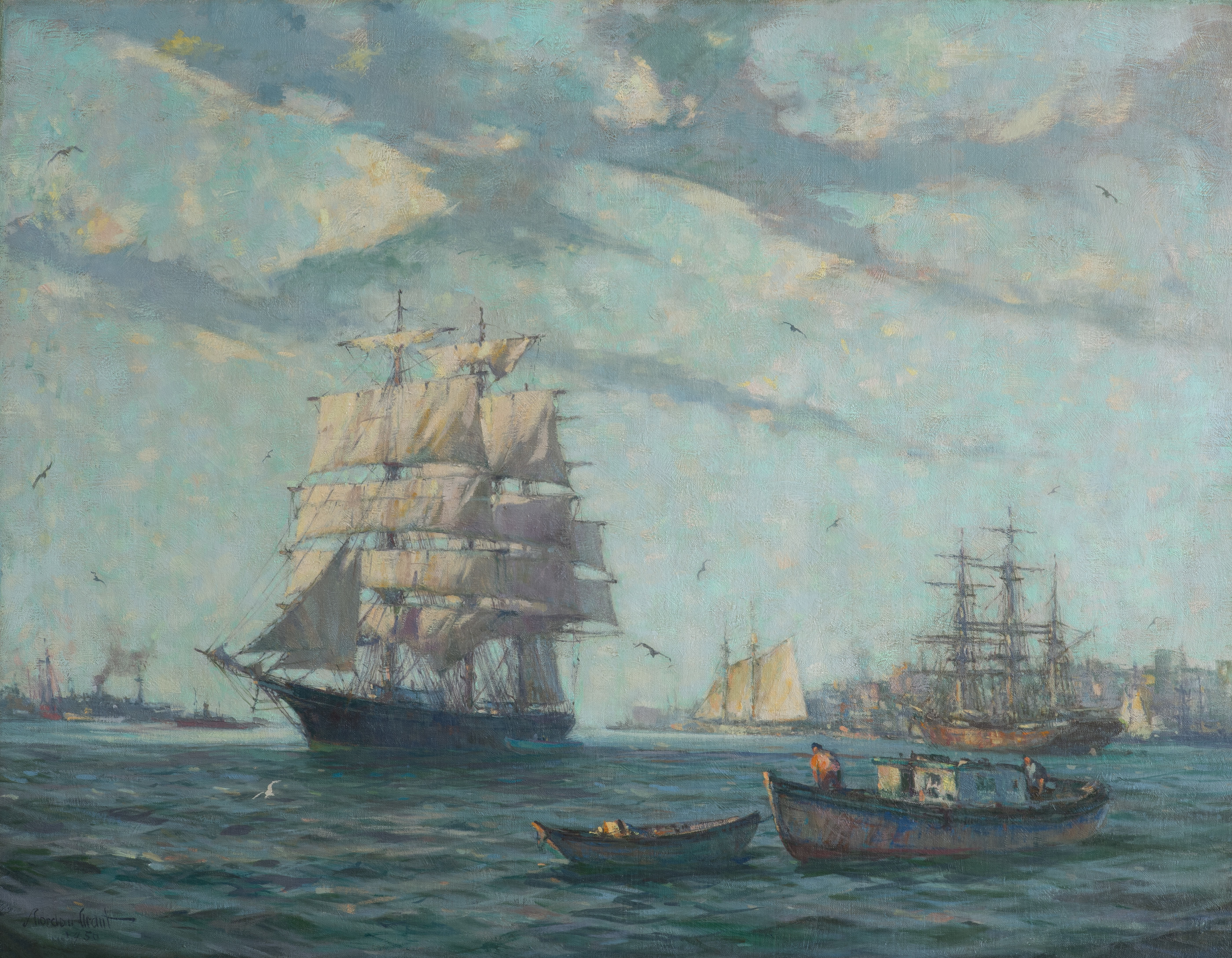 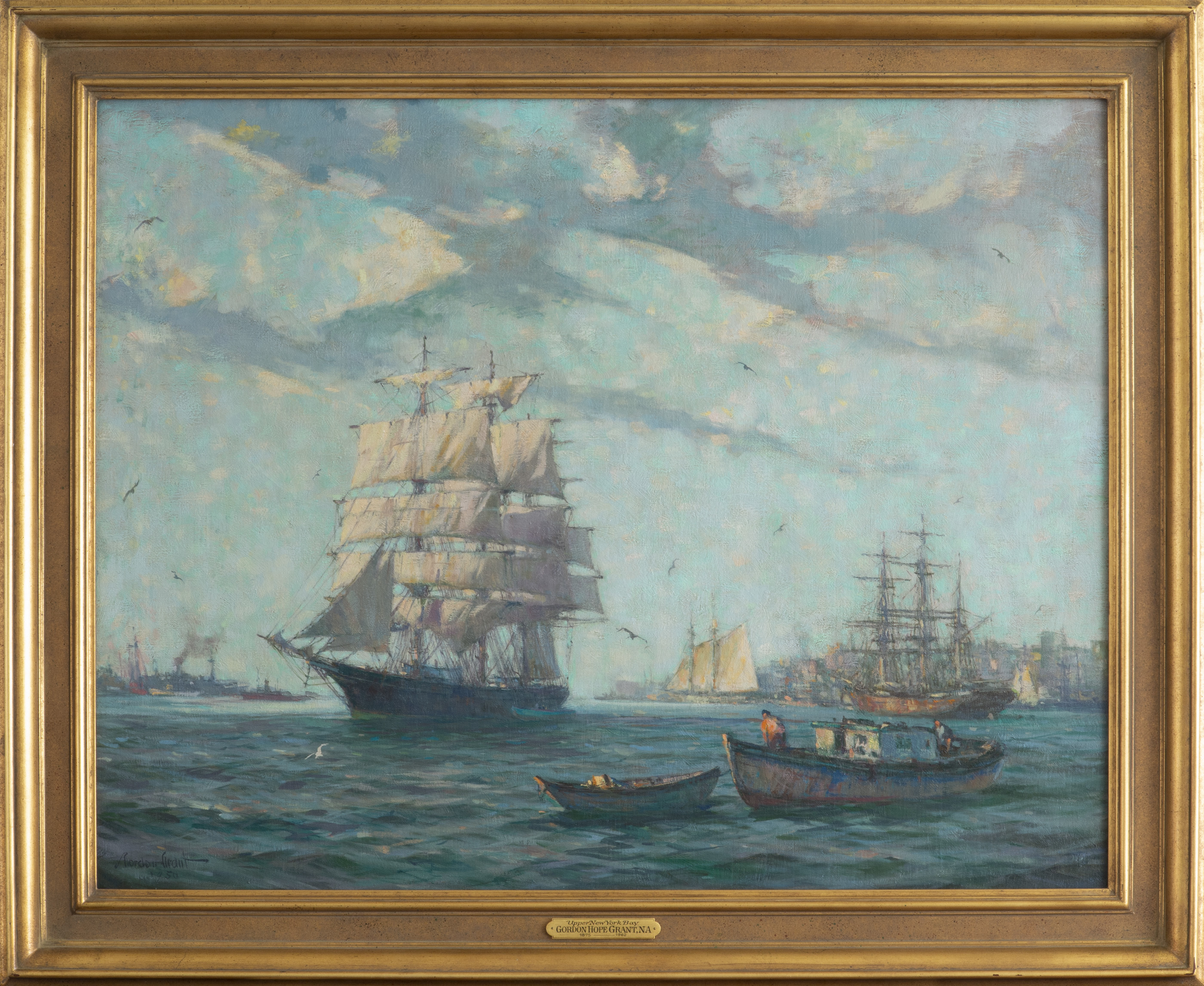 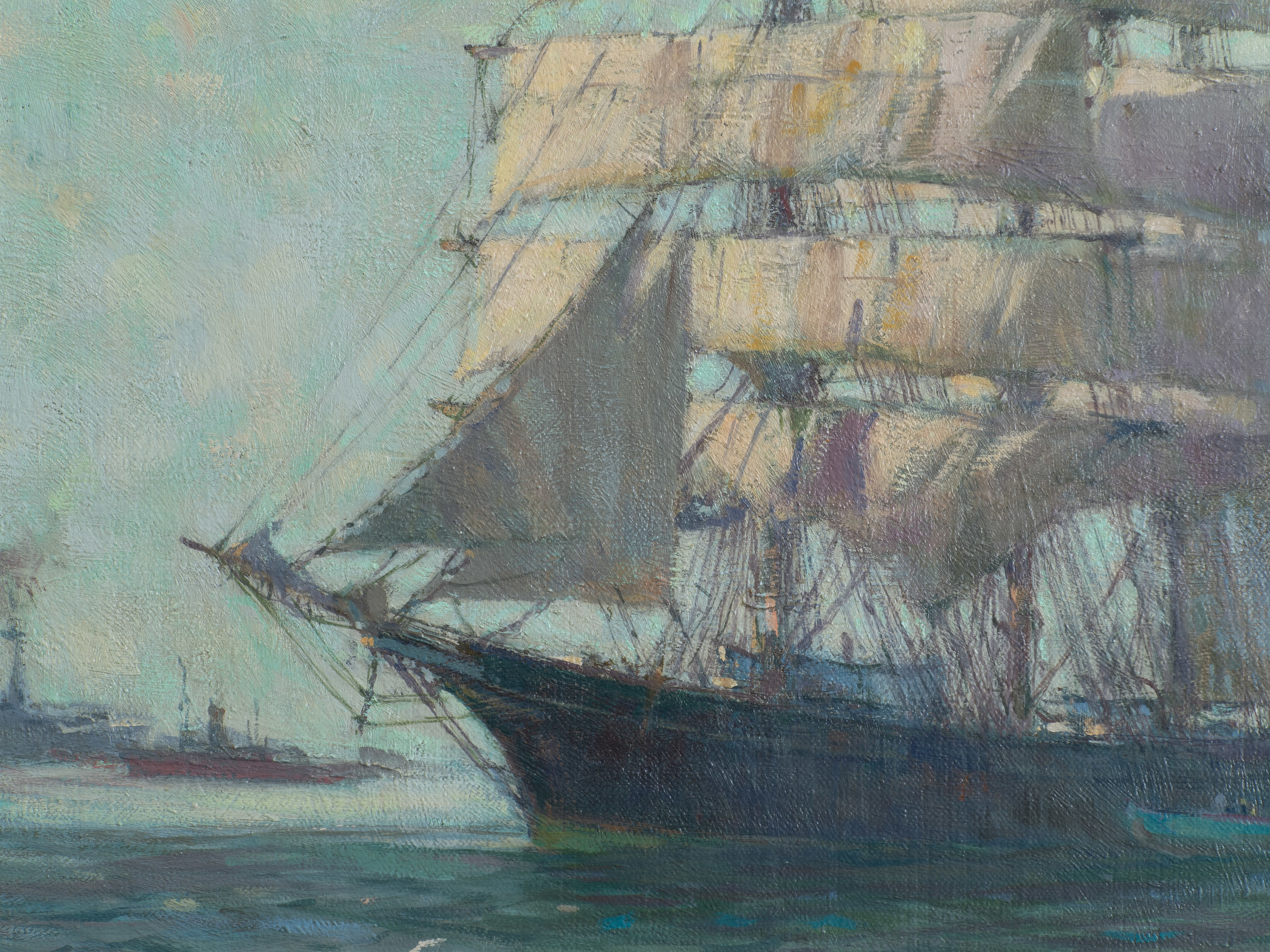 “Gordon Grant knows the sea only as one who has roved upon it. Its romance appealed to him when he was a lad, and age has only added glamor to it.”[1]

The Busy Harbor, New York is a quintessential example of Grant’s work, combining his acute knowledge of the sails and rigging of various seagoing vessels with his appreciation for the picturesque. With New York City serving as a backdrop, he pays homage to the town’s bustling nature and its history as a major seaport by capturing the flurry of activity taking place just offshore, and casts the scene in a warm glow, under dramatic sun-tinged clouds.

Grant was a man of many talents, working in a variety of media ranging from oils and watercolors to etching and lithography, and his harbor scenes and clipper ships were executed with a crisp realism, capturing the subtleties of light and color.

Born in San Francisco in 1875, Gordon Grant’s Scottish parents sent him to London when he was fifteen years old to enroll in the Lambeth and Heatherley art schools. The long voyage around Cape Horn instilled in him a respect for the ocean and allowed Grant to learn a great deal about sails, rigging, navigation, and the history of maritime travel. He moved to New York in 1896 and joined several arts organizations, including the Philadelphia, Baltimore and Washington Watercolor Clubs, and the National Academy of Design.

He joined the National Guard around 1907 and during World War I, when a bad foot prevented him from serving abroad, Grant was stationed in Washington, DC, attained the rank of Captain and produced posters for the government and the American Red Cross to support the war effort. Grant continued his illustration work in the 1920s but began to concentrate even more on the nautical themes he loved to paint and soon earned the recognition he deserved as an accomplished artist. He exhibited at a range of venues, including the National Academy, the Art Institute of Chicago, the Pennsylvania Academy of the Fine Arts, the Salmagundi Club, and the Paris Salon of 1937, where he won a medal.

Today his oils, watercolors, and etchings can be found in museums across the country, including the Metropolitan Museum of Art, the Richmond Art Museum in Richmond, Indiana, and the Smithsonian American Art Museum in Washington, DC.

To private collection, Burr Ridge, Illinois (unknown date, but many years ago)