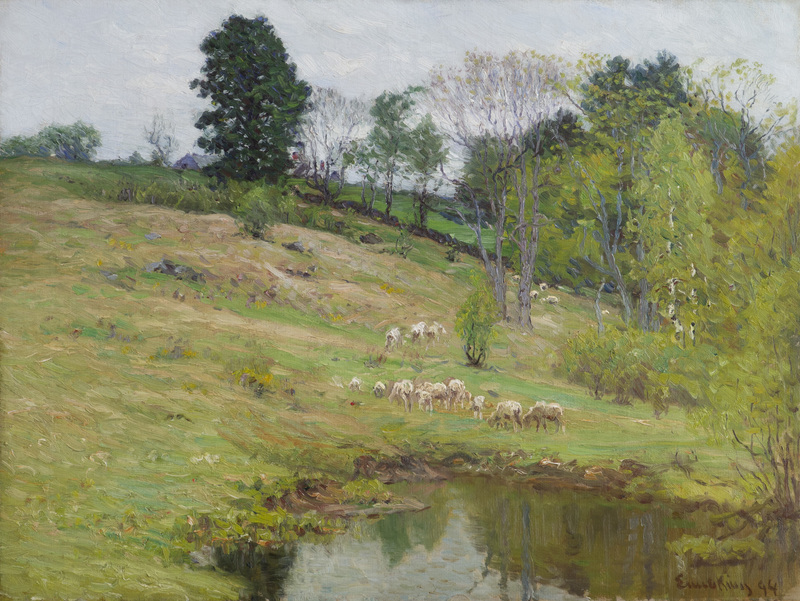 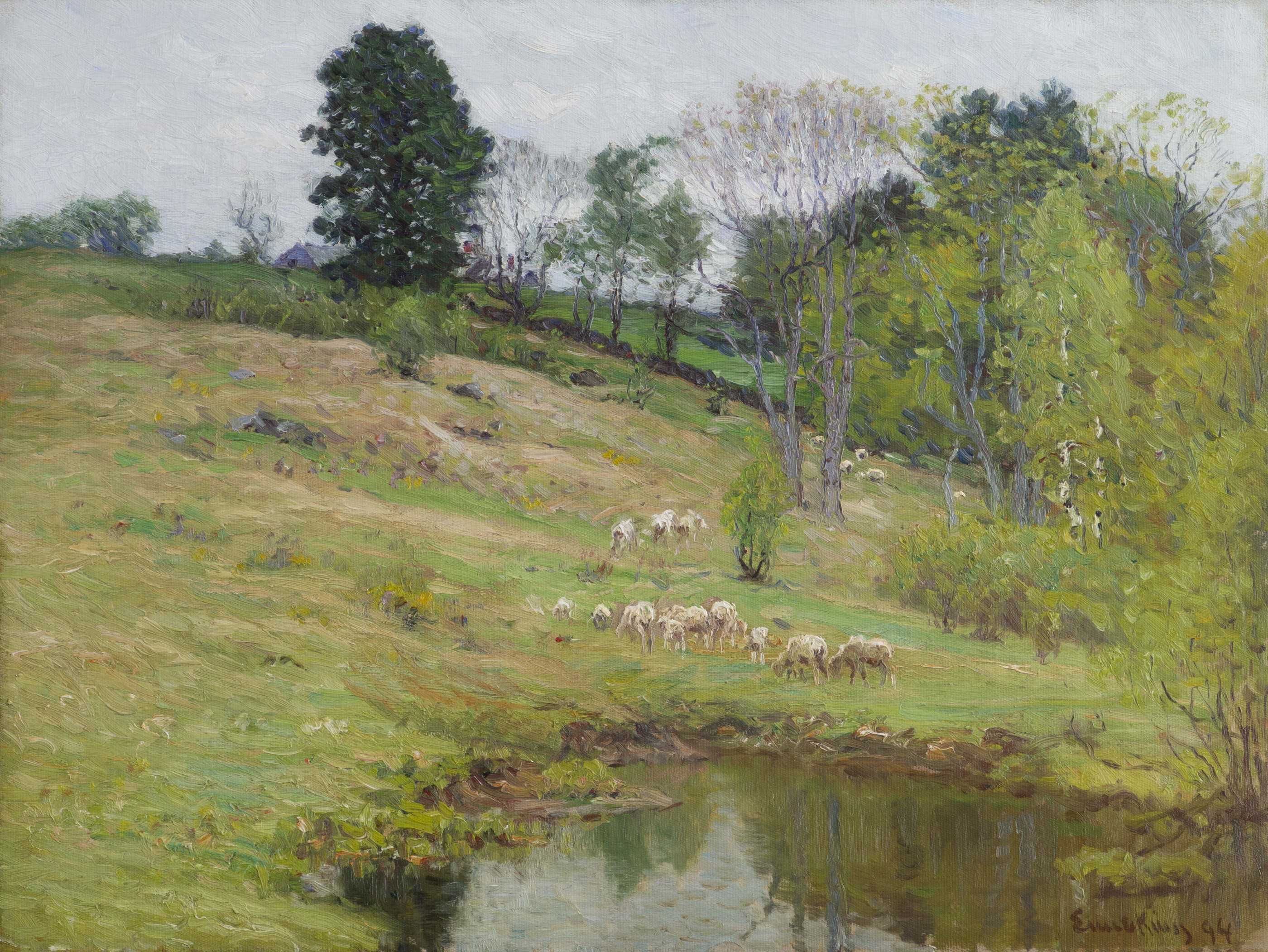 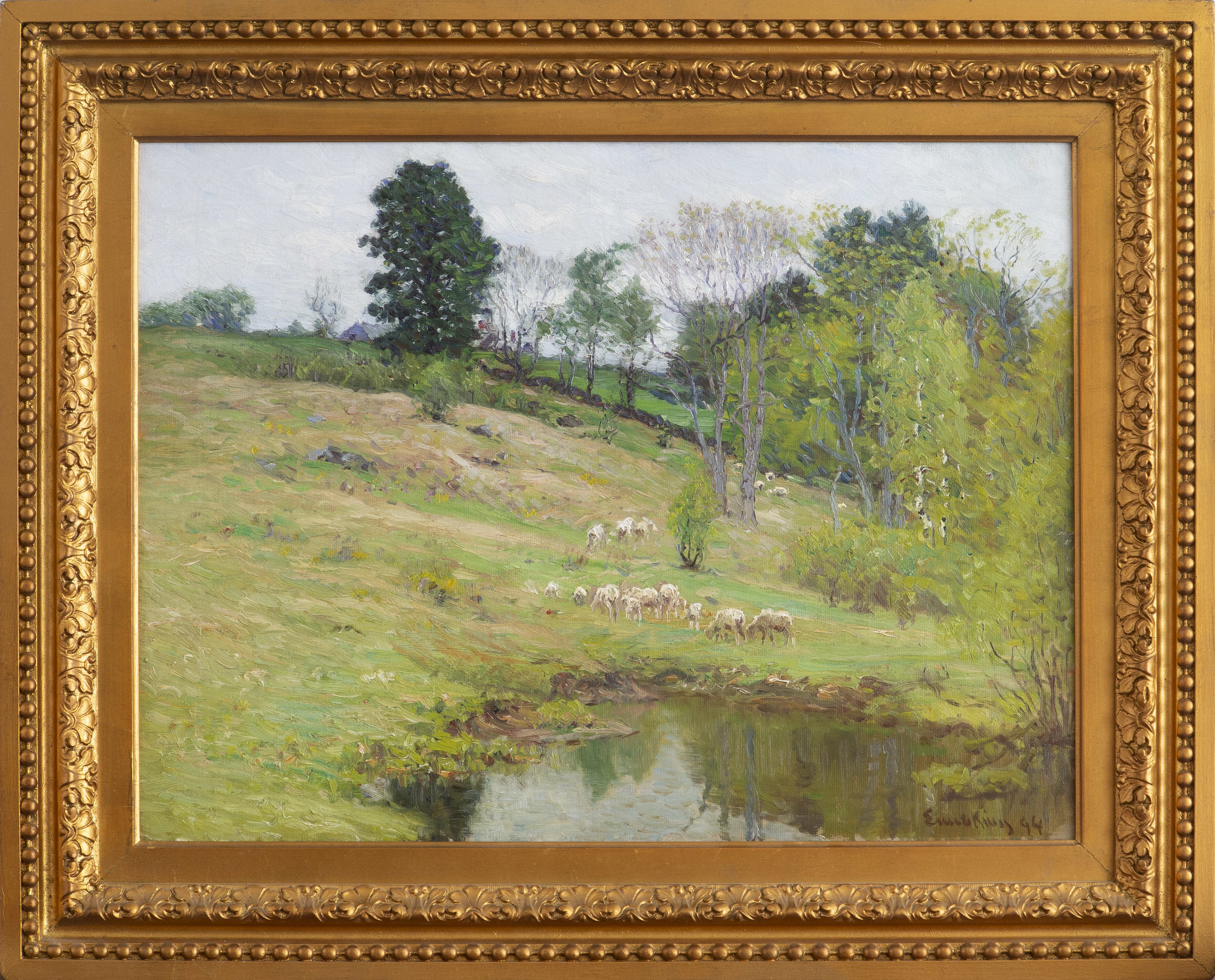 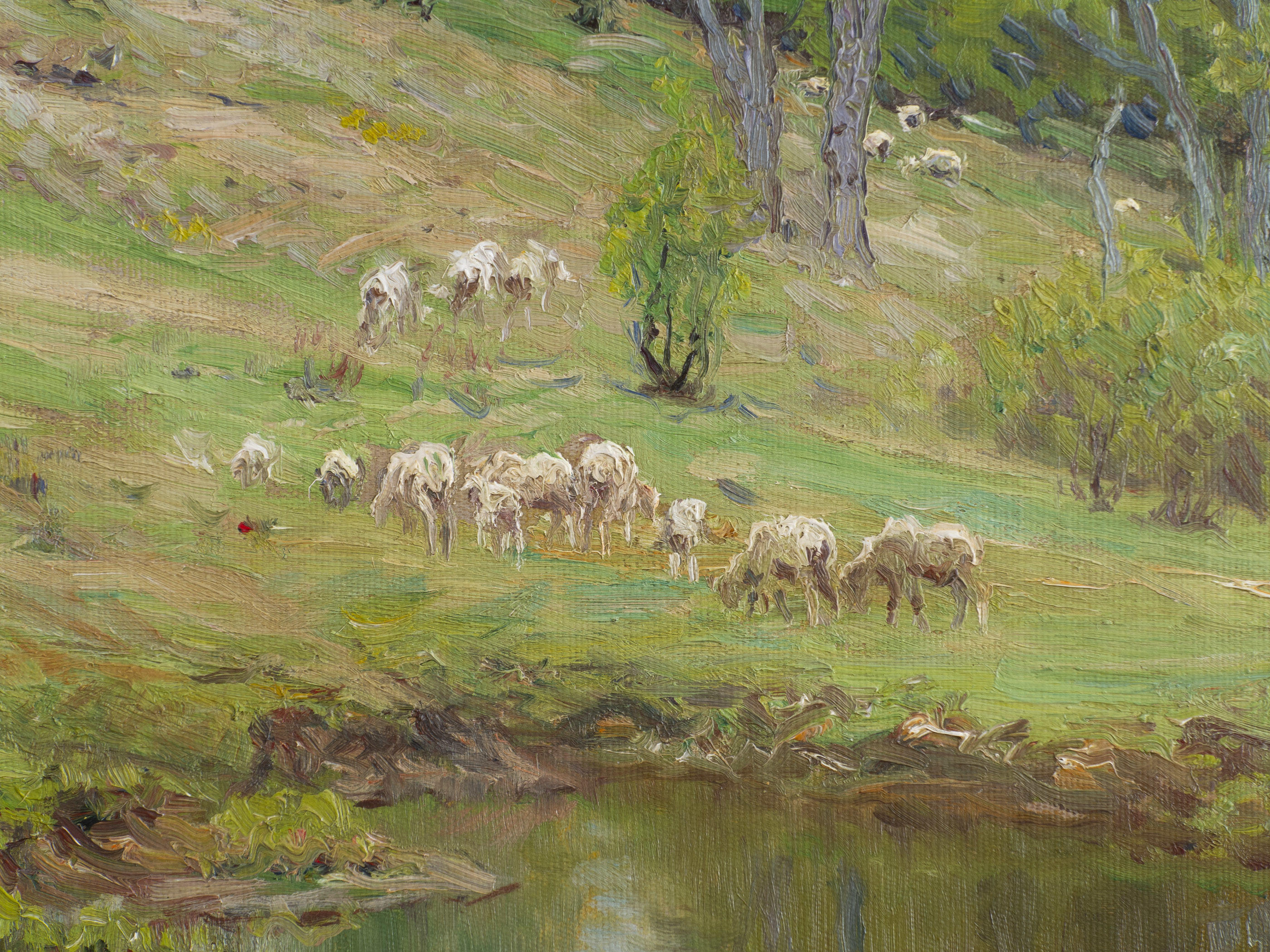 John Joseph Enneking, a man ahead of his time, had a stylistic foot in both the pre-Impressionist and Impressionist worlds of the late nineteenth century. His travels to England, Austria, Italy, and Holland exposed him to nearly every major stylistic force during this time of radical experimentation. Enneking was not a copyist, however, but perfected his own style to such an extent that those conversant with his technique can identify his works without hesitation.

Enneking settled in Boston’s suburb of Hyde Park in 1876 and became one of Boston’s best-known landscape painters. Strongly tied to his local surroundings, Enneking was a devoted conservationist and acted as chairman of the Park Board during the end of his career, helping to protect the saltwater marshes of the Neponset River, as well as areas of the Stony Brook Reservation and Boston’s Fenway. In 1967, Enneking’s preservation efforts were rewarded when State Representative Michael Feeney renamed a section of the Turtle Pond Parkway in Hyde Park the Enneking Parkway.

Period frame, possibly the original liner, which was repainted