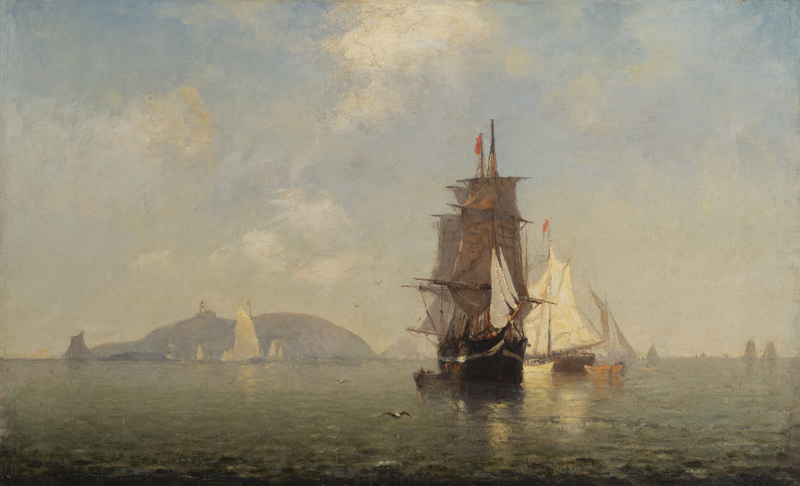 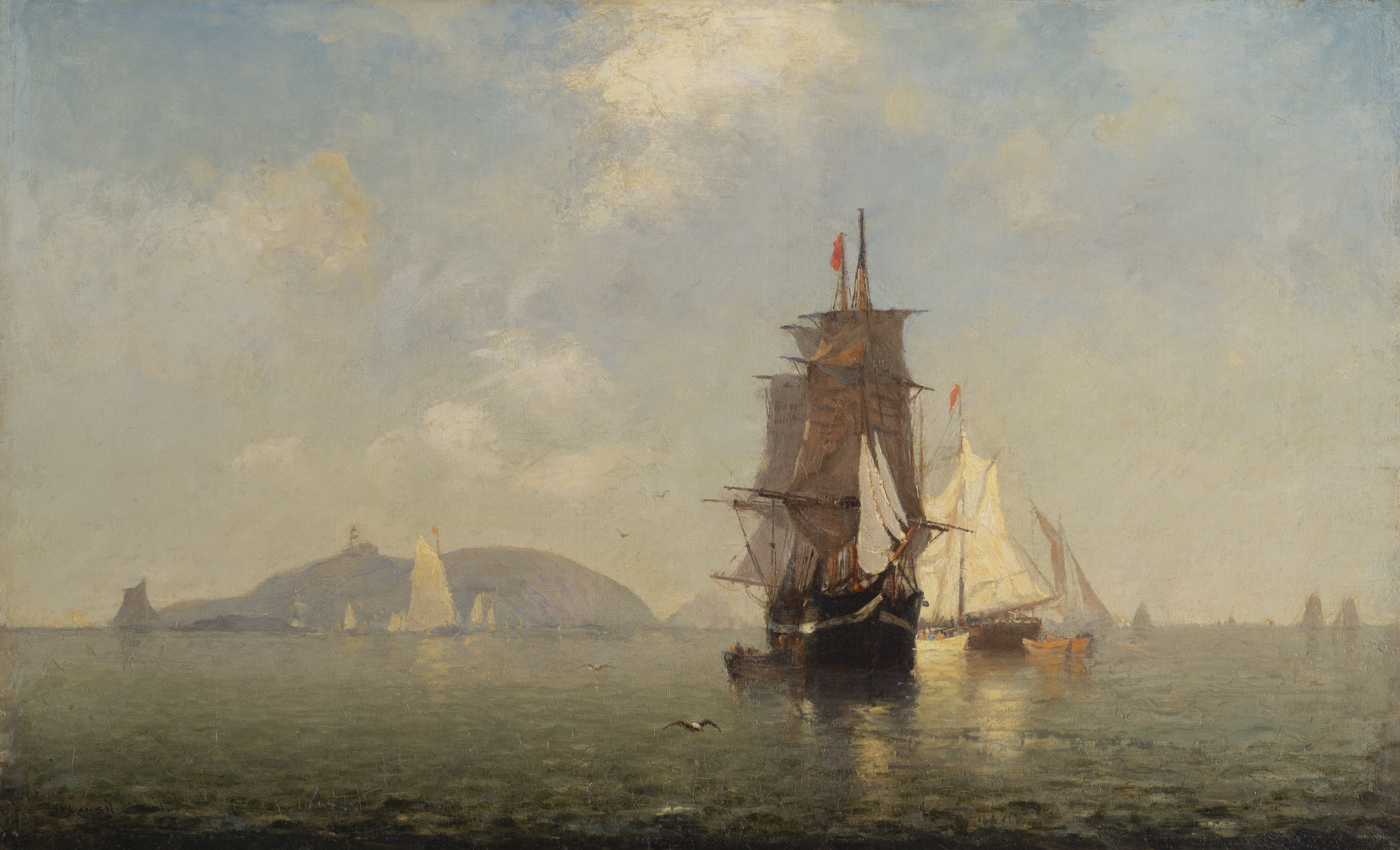 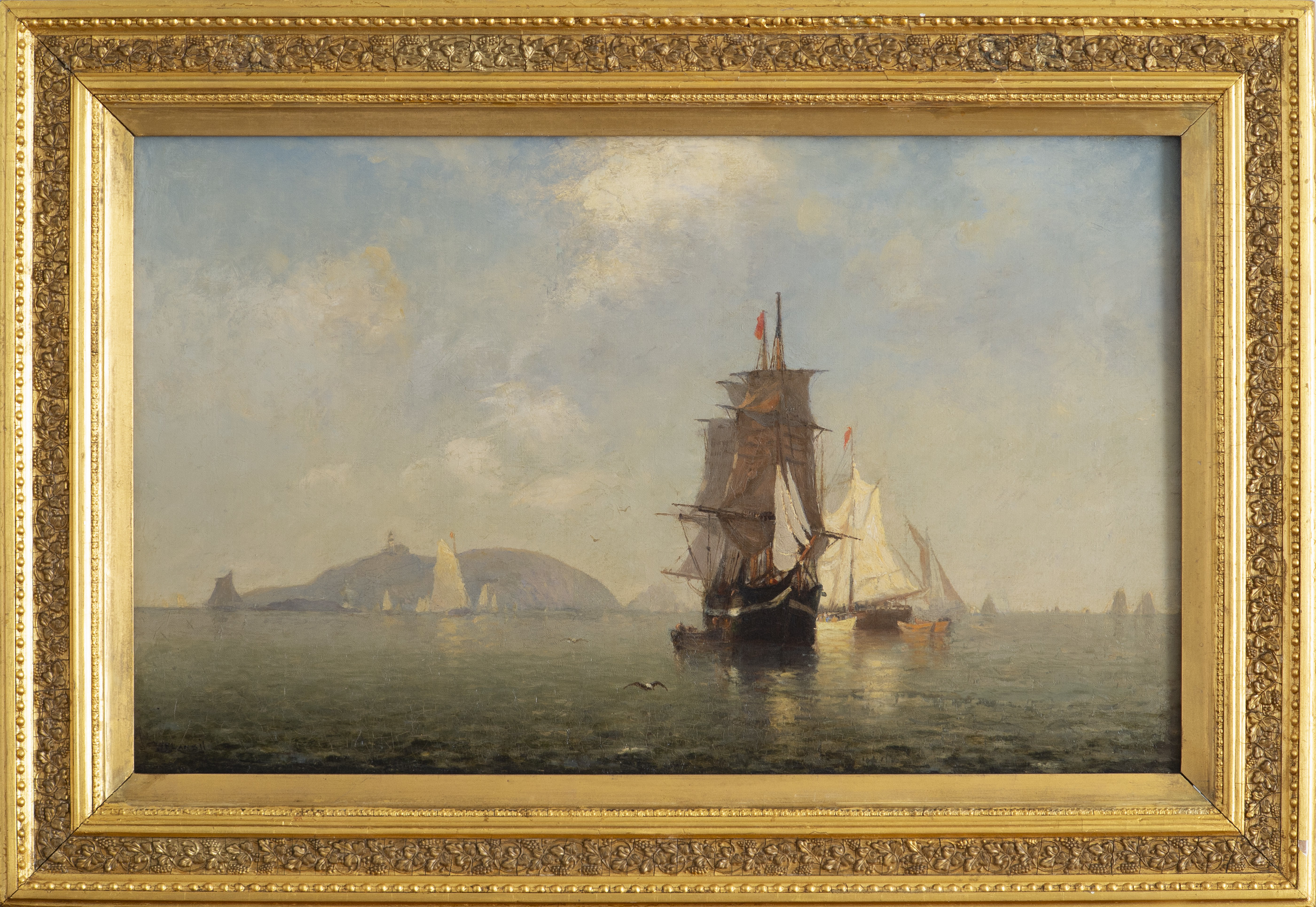 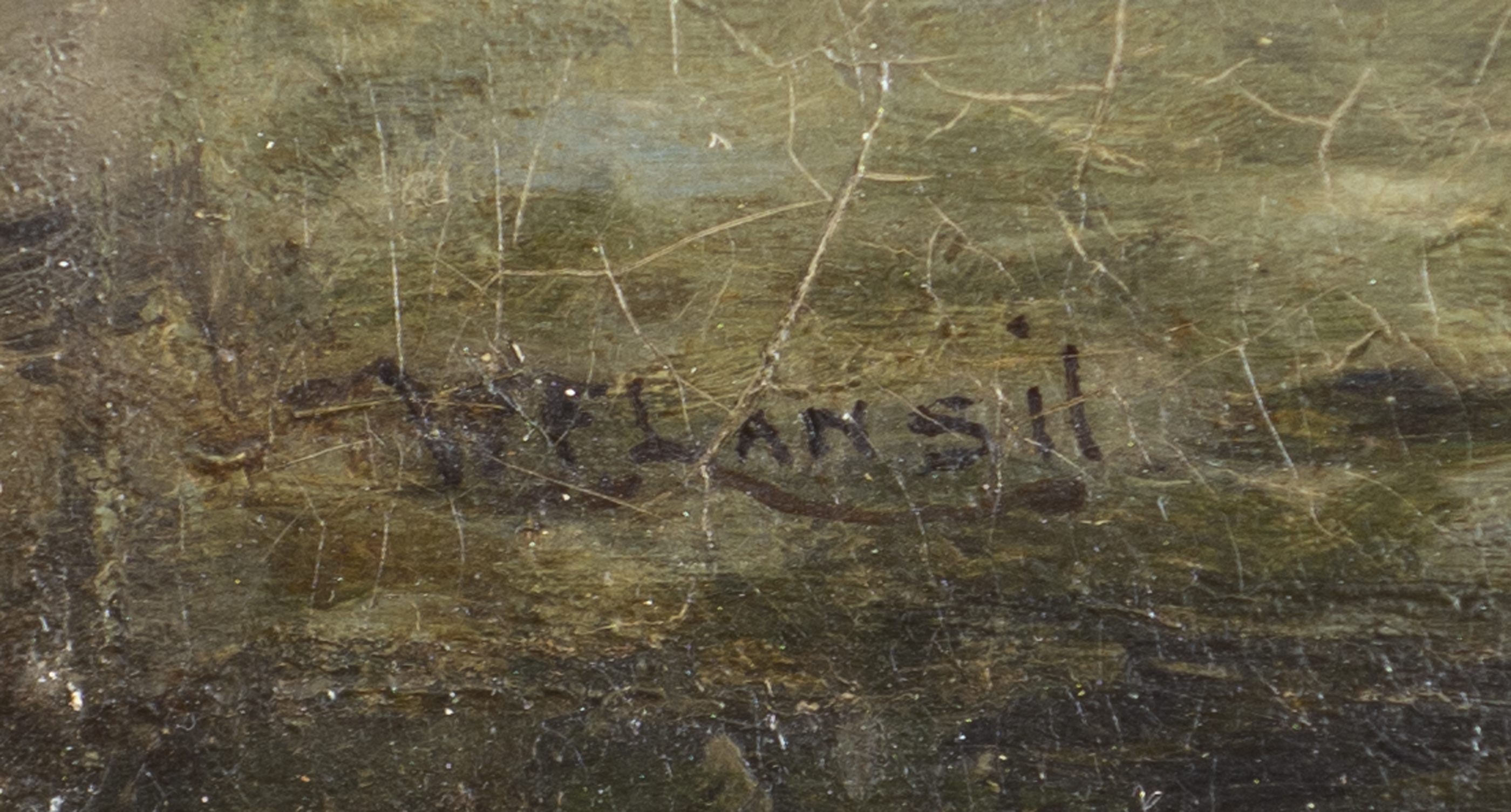 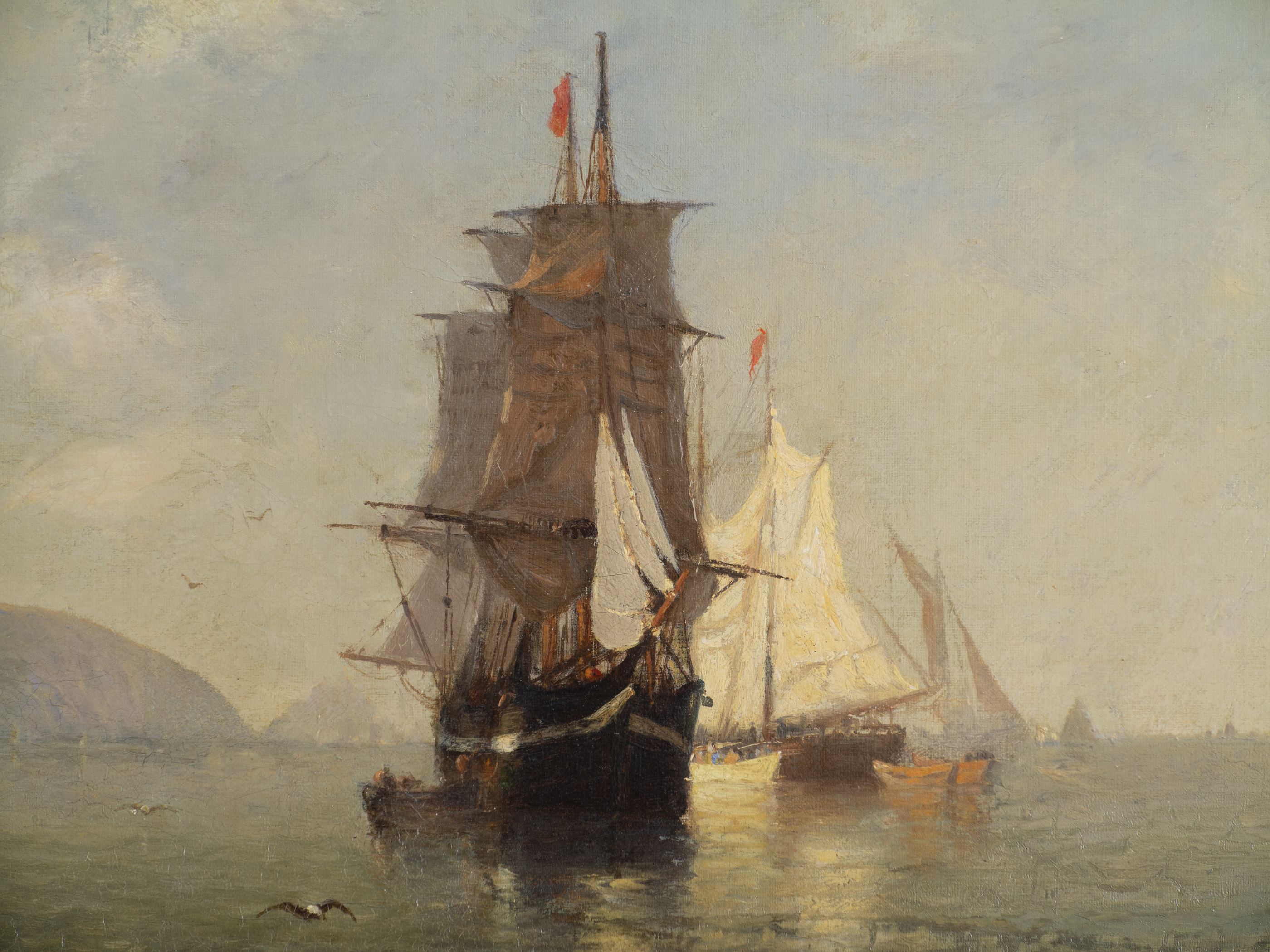 Calm off Seguin Island, Maine was listed in the catalogue for the Massachusetts Charitable Mechanic Association's fourteenth exhibition held from September to October of 1881. The painting demonstrates the artist’s gift for rendering the diffused, tranquil lighting effects solicited by its title and his unapologetic focus on the romantic aspects of seafaring life.

Born in Bangor, Maine, in 1846, Walter F. Lansil was an accomplished marine painter whose depictions of ships moored along the coastlines of New England and Canada, and views of Venice’s lagoons and architecture, were acquired by prominent Bostonians during the late nineteenth century, including Governor Oliver Ames.

Working out of his Boston studio, Lansil produced and exhibited atmospheric compositions of ships at various ports from Massachusetts to Canada and added to his portfolio the glowing canvases of his beloved Venice. In 1914, many years after his visit, the artist penned a memoir of his time there, fondly recalling the city’s hospitable residents and the architecture and canals that came to inspire this large part of his oeuvre.

In addition to the Boston Art Club, where he continued showing work until 1909, Lansil occasionally sent paintings for display at the National Academy of Design and the Pennsylvania Academy of the Fine Arts. Today Lansil’s work can be found in the collections of the Mohegan Museum of Art and History in Maine and the McMullen Museum of Art at Boston College.

1). Photograph affixed to backing of the canvas’s verso prior to lining in 1973

2). Typed note affixed to backing from Robert C. Vose, Jr. to a previous owner, on Vose Galleries notepaper and dated December 28, 1973: Dear Brad: / A hap 74!! / Clearing the decks for the new year I found this snap shot of the back of your Lansil before restoration. Thought you might want to fix it to the back of the painting for future record. / Very best in which Old Seth of course would want to join me, / Yrs, / (handwritten) Bob

Circa 1881
Price upon request
Contact Vose about this painting