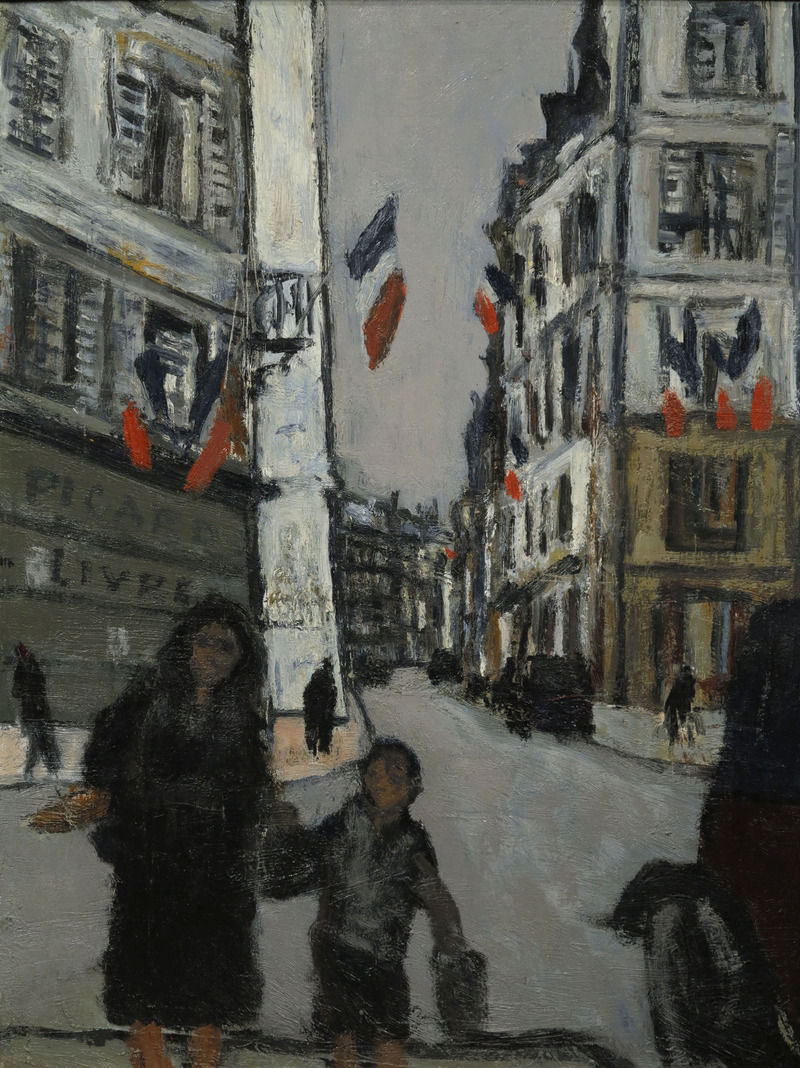 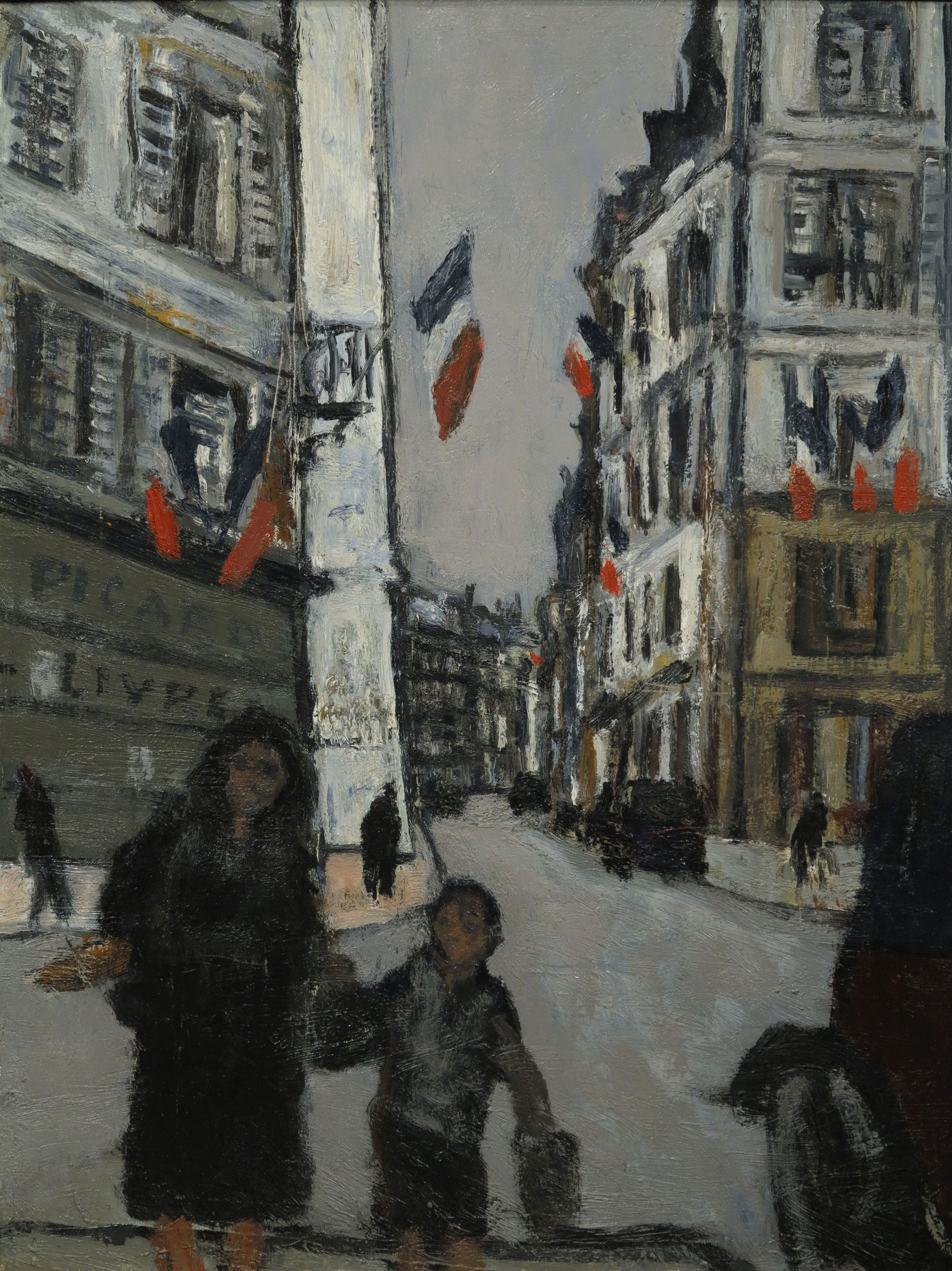 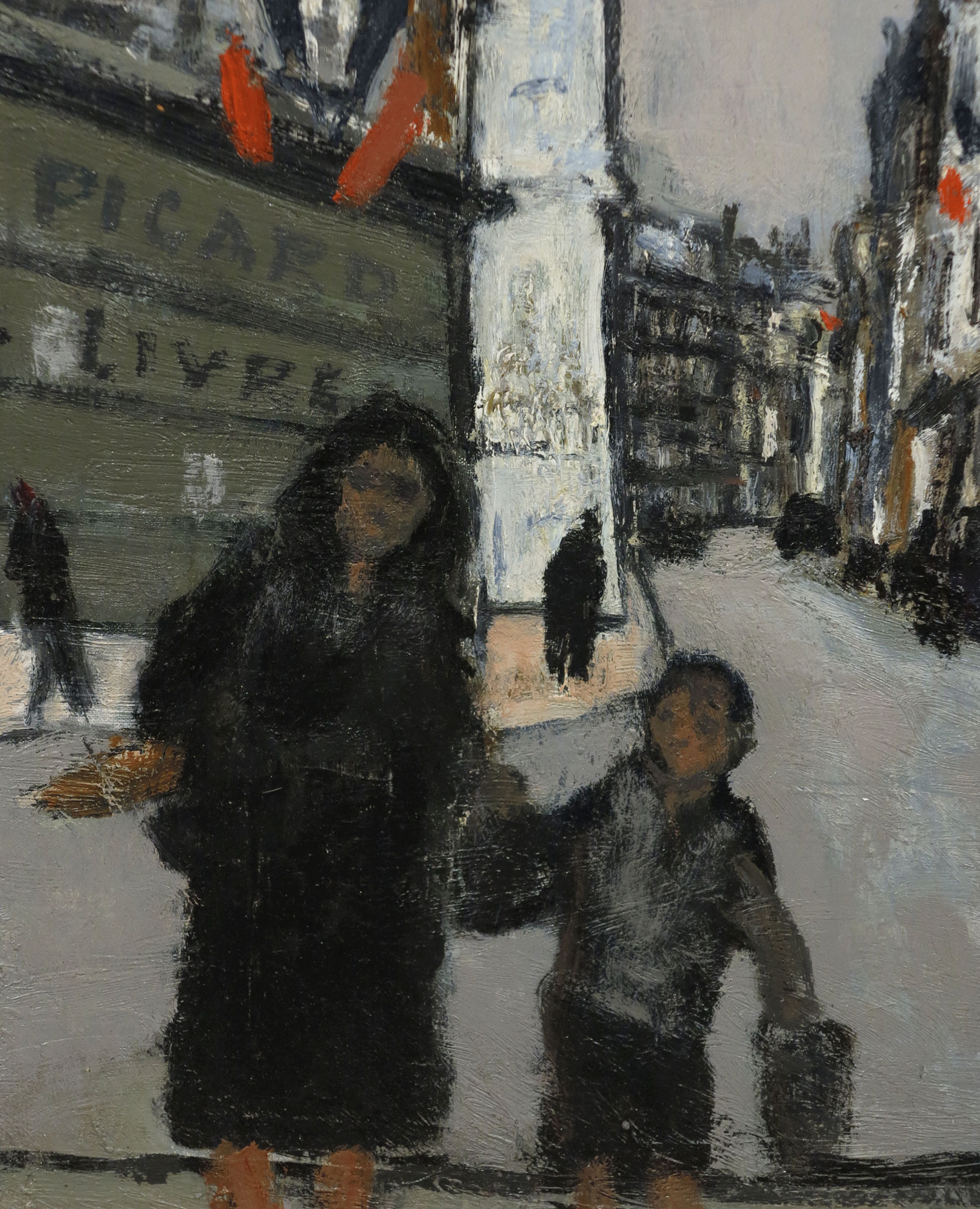 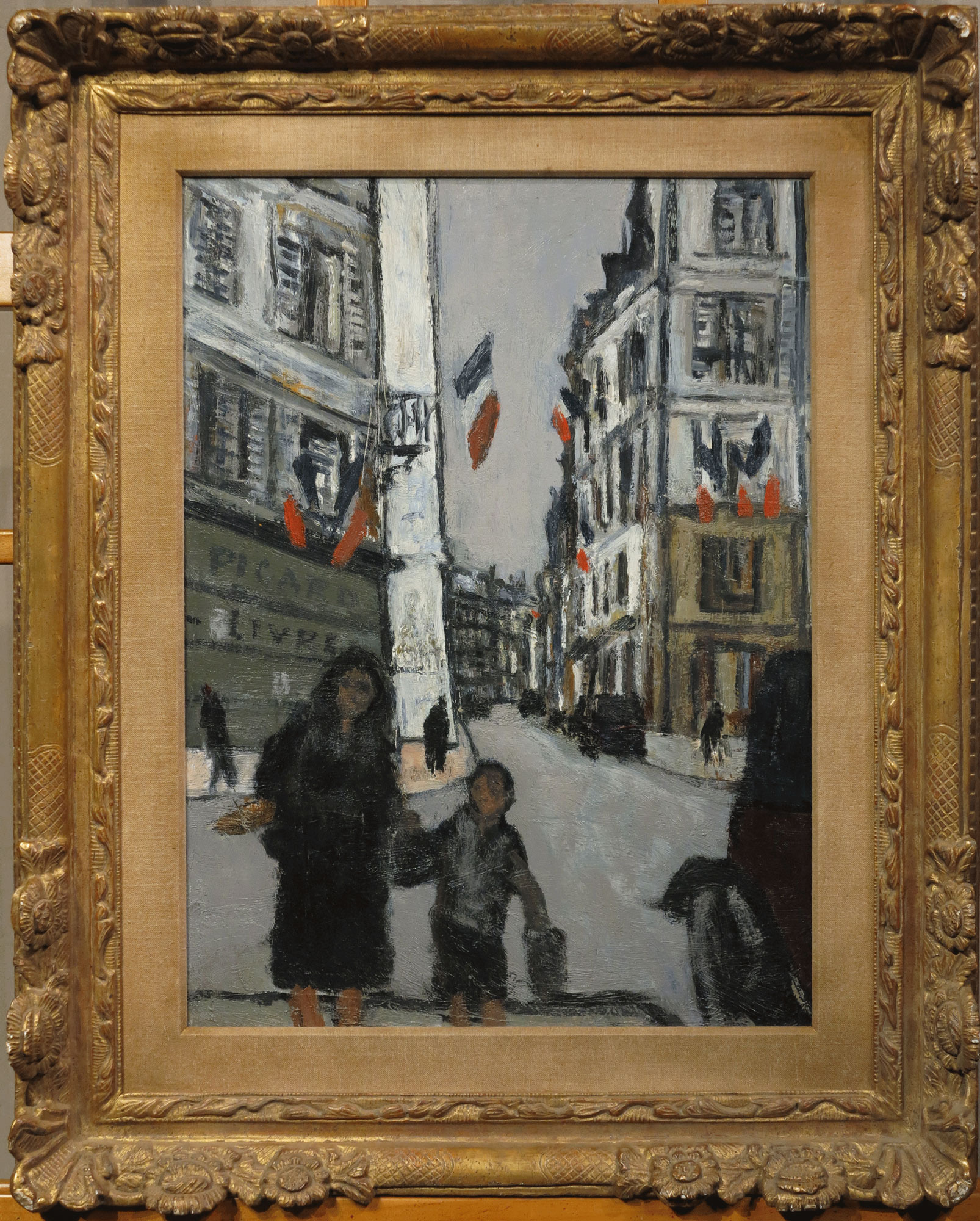 A Frenchman at heart, Bernard captures this jovial scene of Armistice Day in France. Lamotte was only 15 years old on the first Armistice Day, and was also deemed unable to serve on the front lines during World War II, but contributed to the cause by designing stage sets for USO productions. His ability to work on a large scale resulted in many important mural commissions in popular New York restaurants, and perhaps most famously, for the White House pool (now located in the collection of the John F. Kennedy Library in Boston).

Estate of the artist