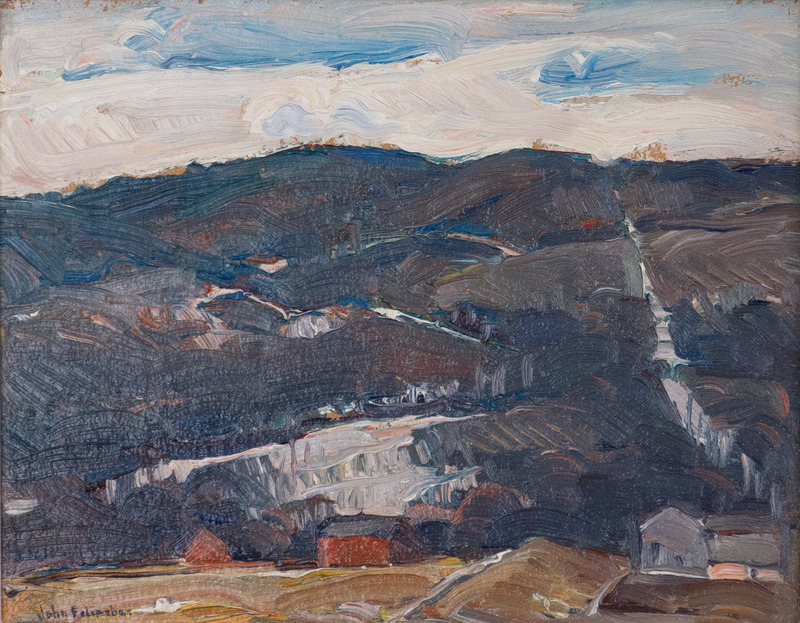 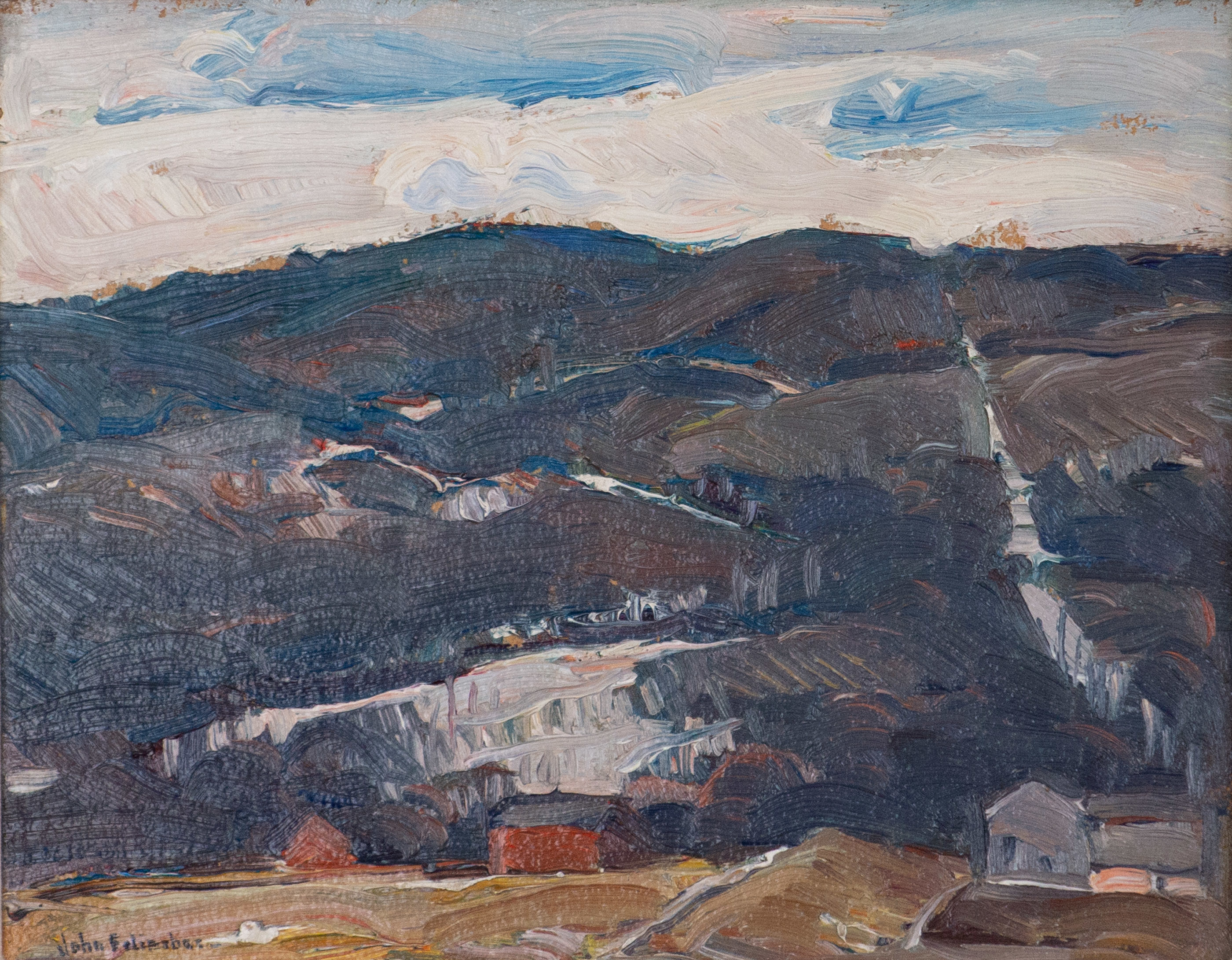 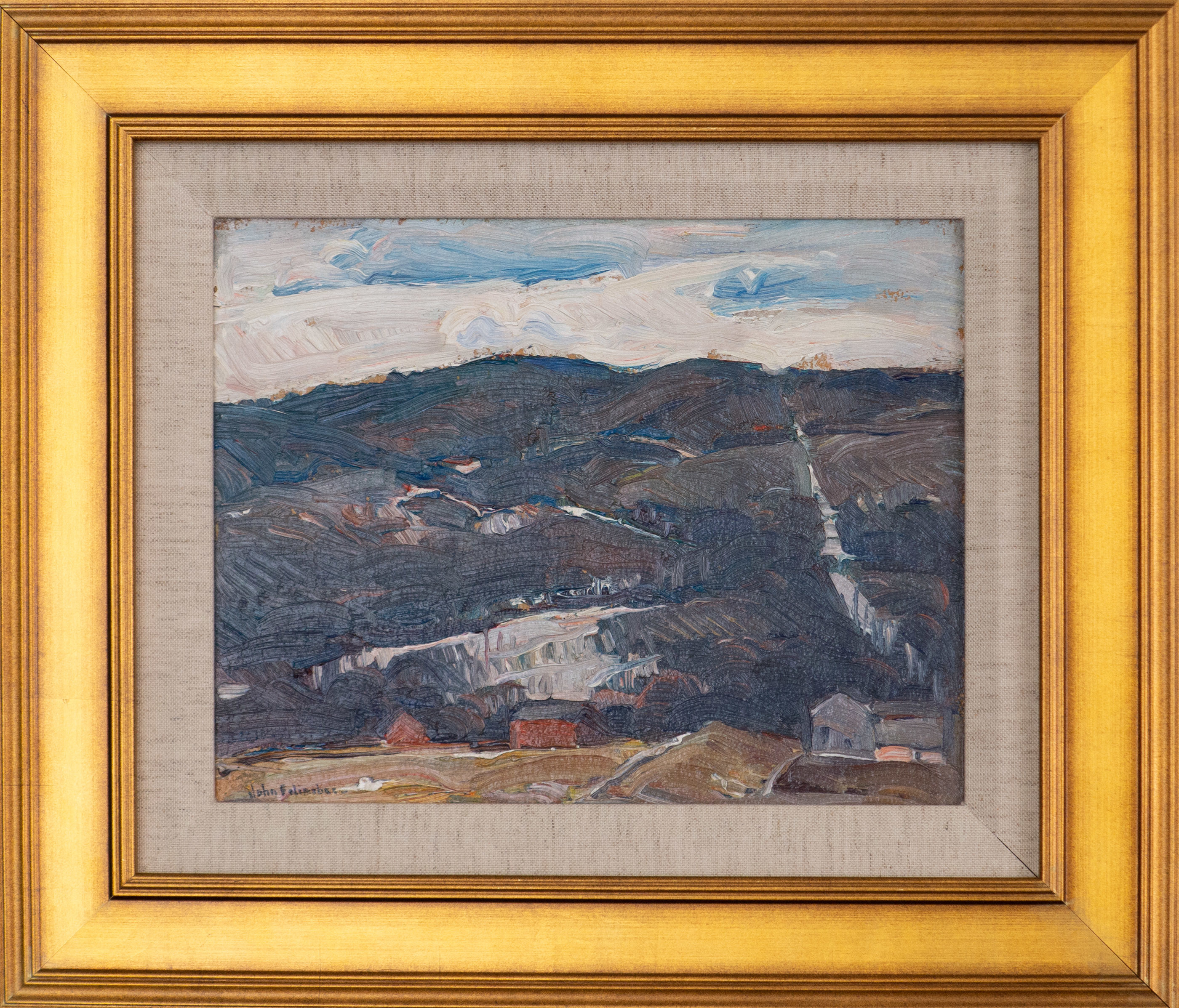 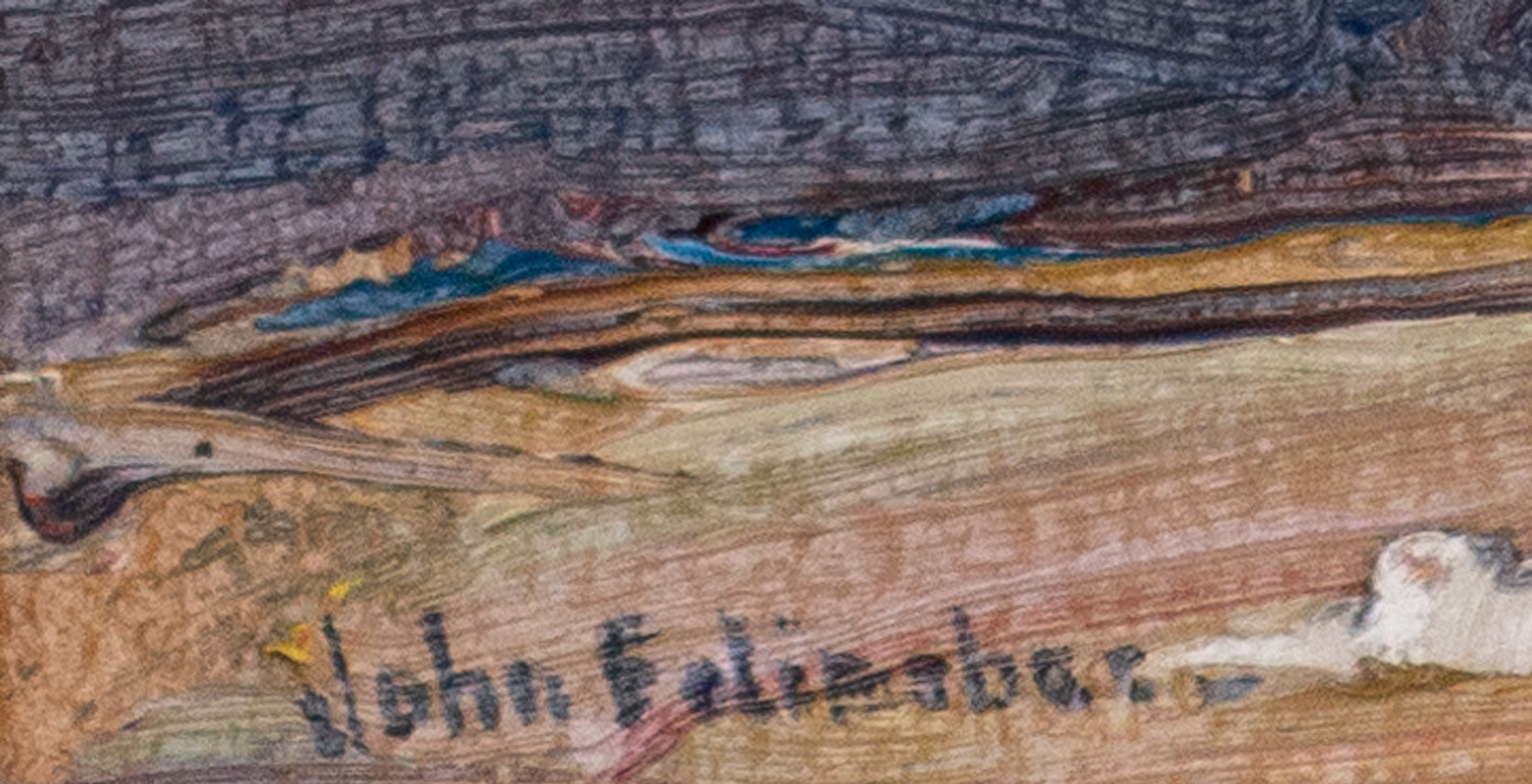 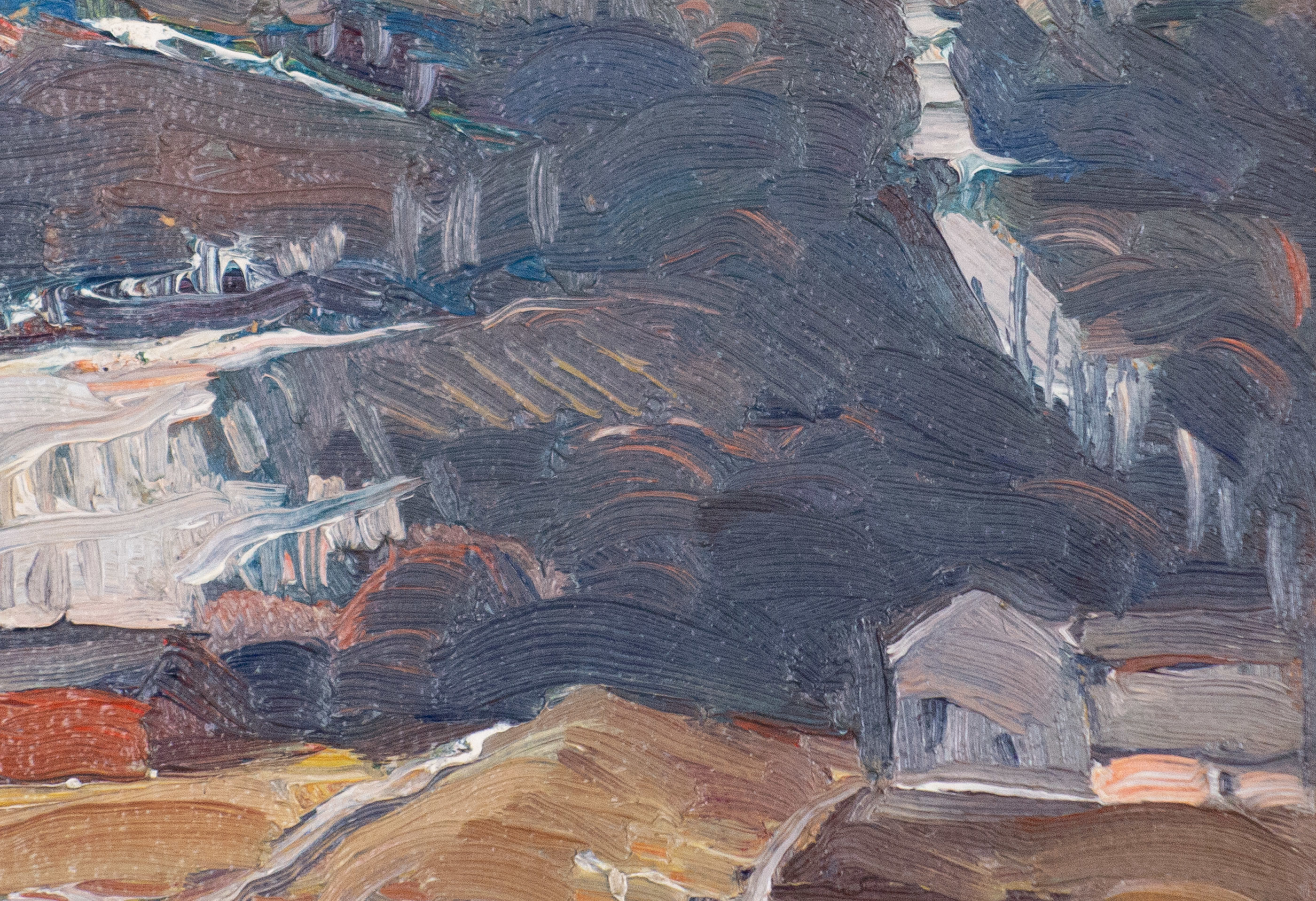 Catskills Foothills, Winter is not dated, but the location and season inscribed verso lead one to posit that it may have been painted en plein air during his winter sojourn at Woodstock. The small size of Folinsbee’s canvas boards offered easy portability as he and Leith-Ross ventured among the hills and valleys in search of material, and also compelled him to quickly record the transient conditions of a scene, such as light and weather, using lively, impressionist brushwork.

After briefly visiting sites in England and painting in Paris, Folinsbee settled in the charming village of Bourré, located southwest of the capital in the Loire Valley and bounded to the south by the Cher River. The summer passed with Folinsbee creating a wealth of sketches of the area, despite his wheelchair and thanks to the assistance of friends carrying him to sites more difficult to access; indeed, this predicament turned fortuitous by obliging him to focus on one view for a day’s worth of study where he could experiment with compositional arrangement and paint application.

Upon returning to New Hope in the fall of 1926, Folinsbee continued to experiment with his work and strove to merge his growing interest in structure and form with his concern for capturing atmosphere in a scene. While industrial subjects and architectural elements retained their popularity among his canvases, his earlier dappled paint application grew more fluid and expressionist, and his palette became bolder with more contrast.

From tonalism to impressionism to expressionism, Folinsbee remained a realist through and through, and imbues each canvas with a clear sense of place. While his name would eventually fade in some art circles beginning in the mid-1950s as abstraction and pop art dominated New York exhibition venues, he found comfort in Maine, where his landscapes became more contemplative and reflective of an inner mood or feeling, and he purchased a farmhouse in Montsweag in 1950. Thereafter he alternated between Maine and New Hope, before passing away in 1972.

Folinsbee earned numerous awards throughout his very prolific career from venues including the Salmagundi Club, the Pennsylvania Academy, the Connecticut Academy of Fine Arts, the National Arts Club, and several prizes from the National Academy alone between 1916 and 1952. Museums eagerly acquired examples of his work during his lifetime, and today his paintings can be found in the collections of the Smithsonian American Art Museum, the Hood Museum of Art at Dartmouth College, Hanover, New Hampshire, the Chrysler Museum of Art in Norfolk, Virginia, the Ogunquit Museum of American Art in Maine, and the Dallas Museum of Art, among many others.

By descent through the family of the artist