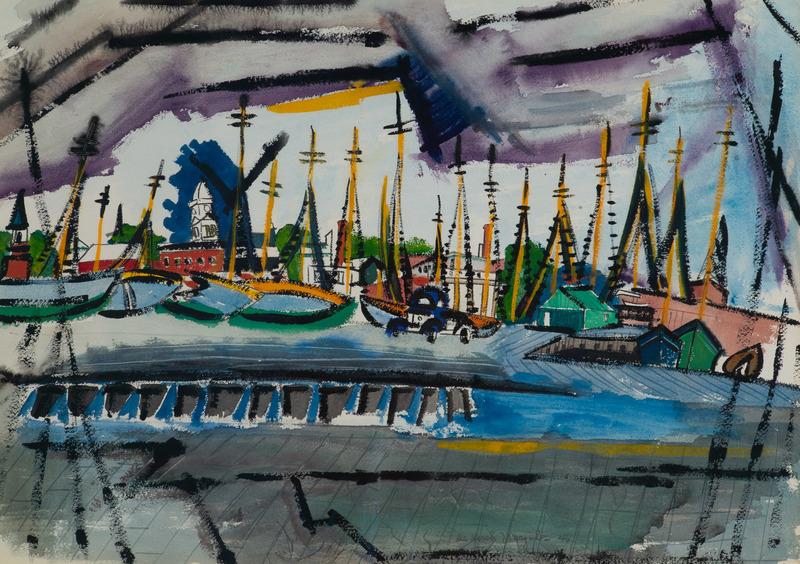 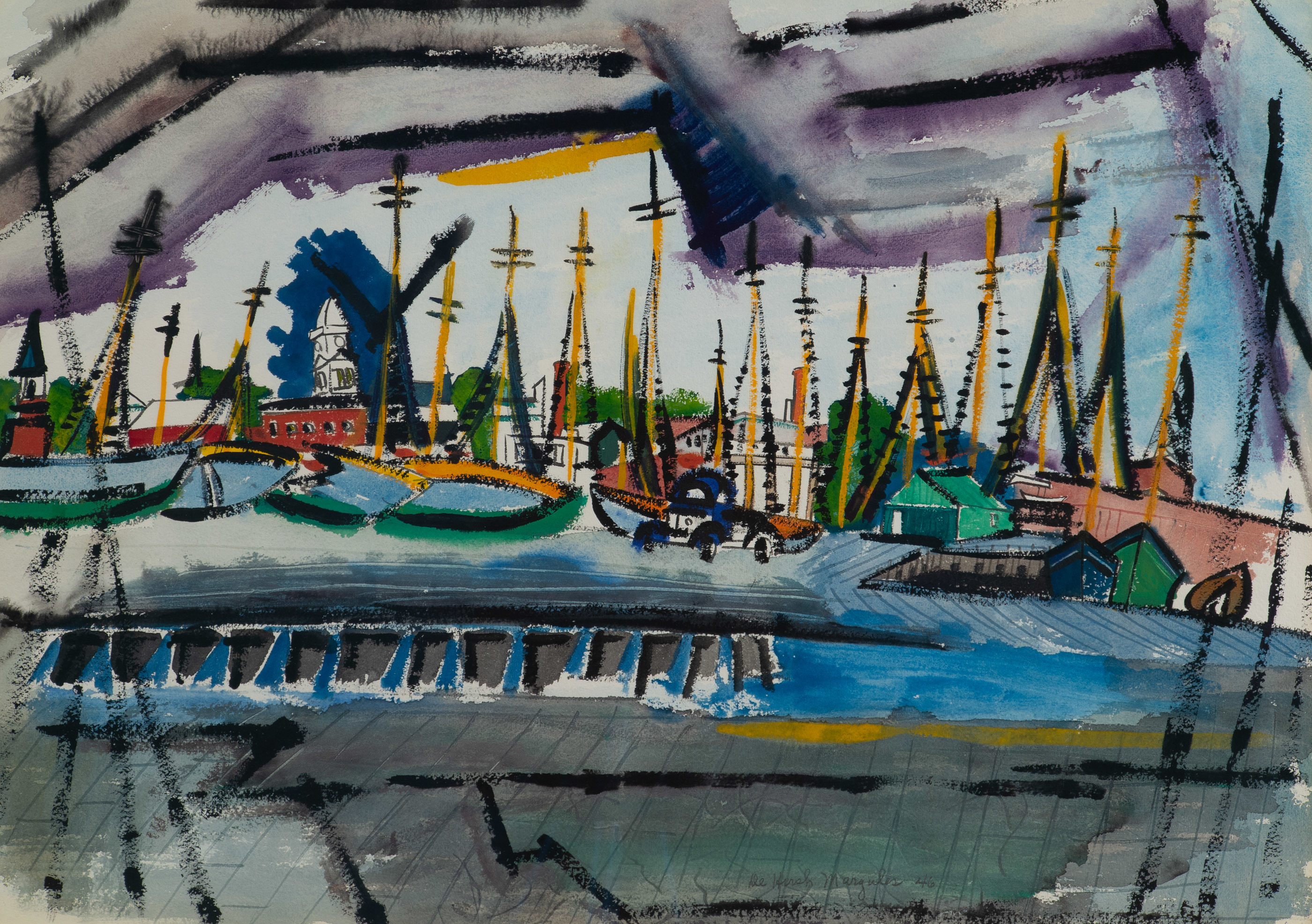 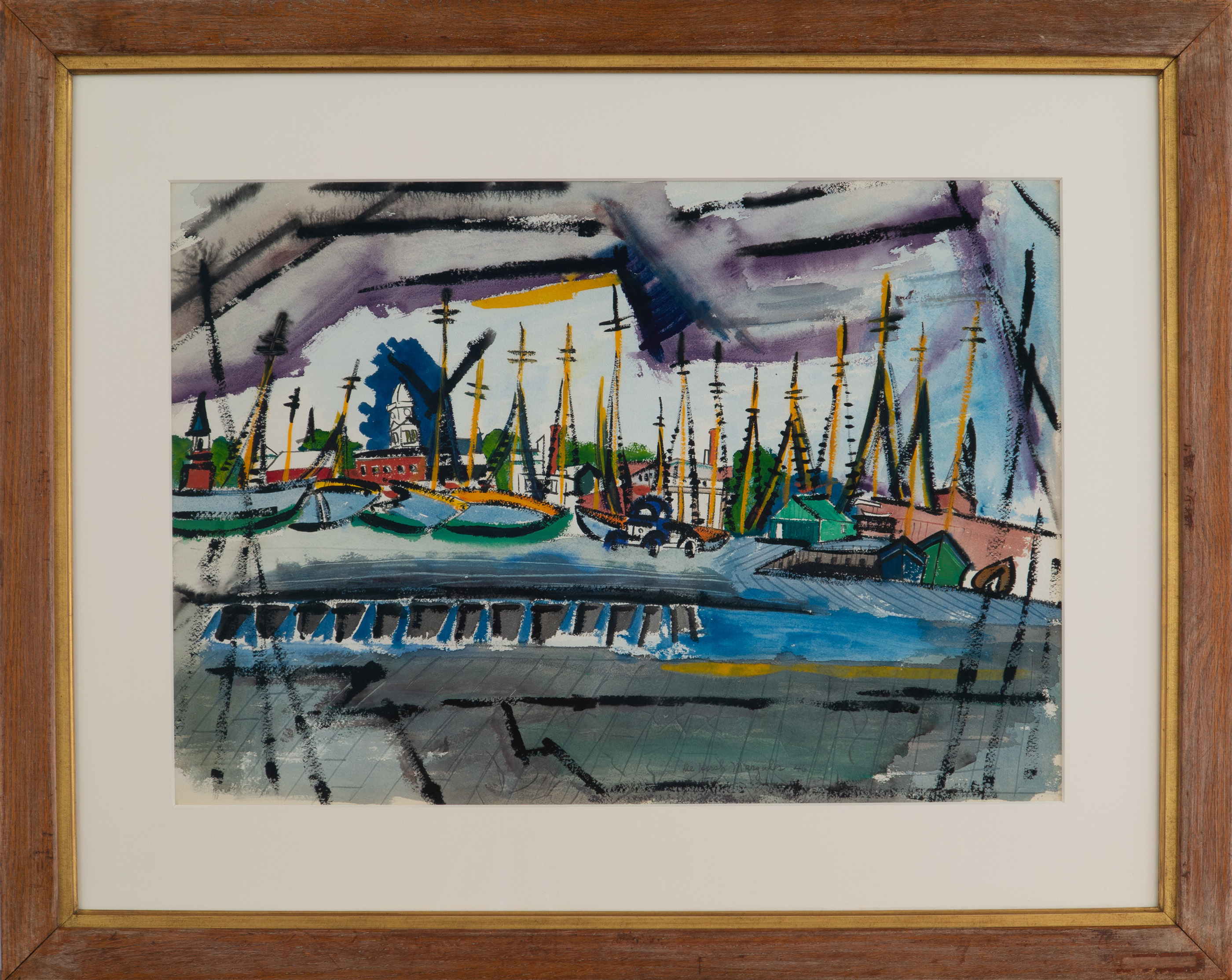 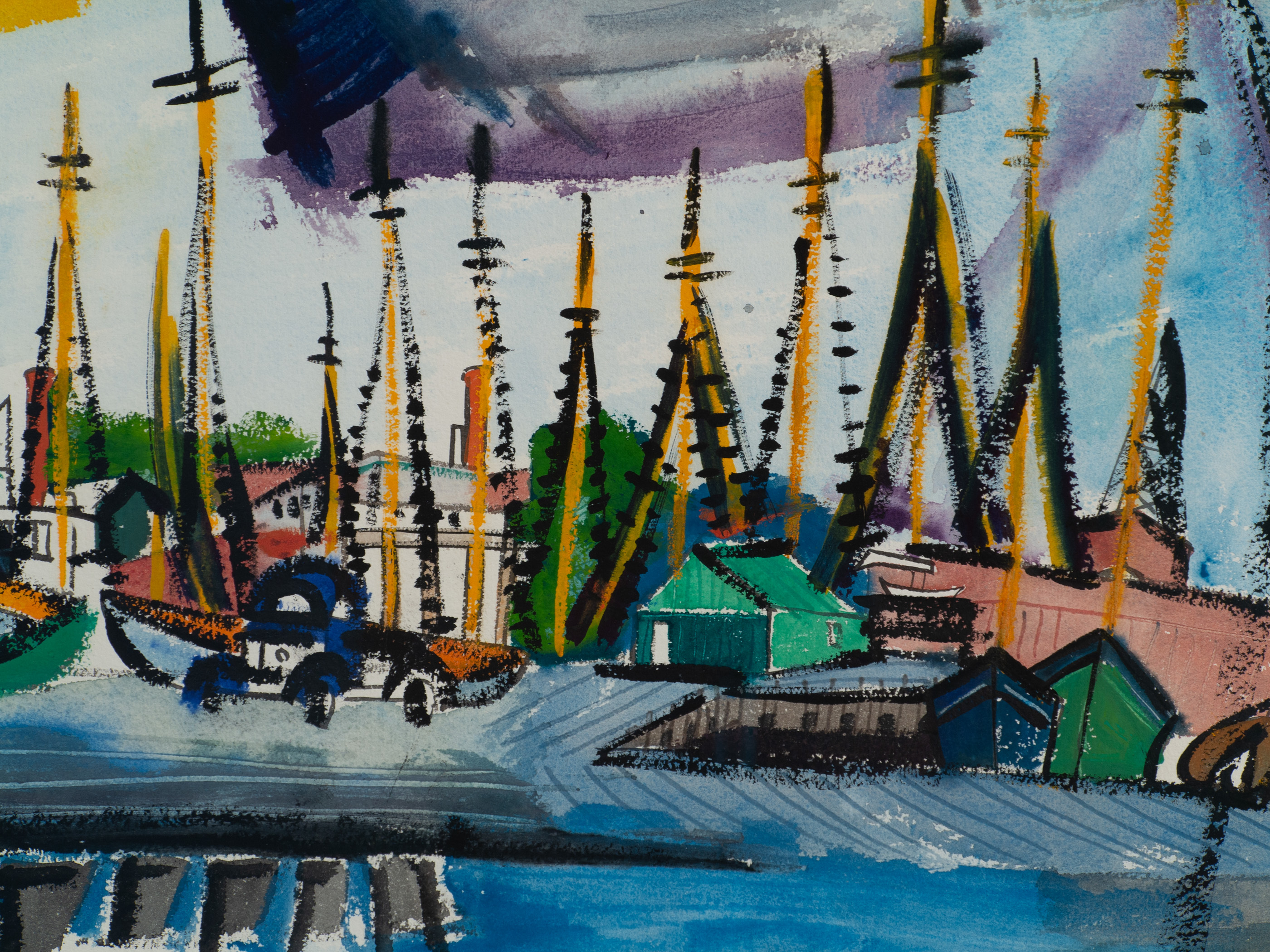 “Margules uses color in a breathtaking manner. A keen observer, he illuminates scrupulously without distortion of his material.”

In The Squall, Gloucester, Margules plays with viewers’ sense of time and place by layering his subjects – Gloucester’s colorful buildings, rising masts, and rocking boats – and placing them on a plane seemingly detached from the foreground. This decision, along with his expert use of brushstrokes and the watercolor medium, results in a dynamic and riveting composition.

Defined as an Abstract Realist, Margules used rich, saturated colors and bold linework to create compositions that were ground in reality, yet simultaneously distorted and abstracted from it. Manifest in The Squall, Gloucester, Margules’ distinctly modern approach to landscape painting resulted from his intellectual interest in the passage of time, and he later went on to coin the term “Time Painting” to describe his artistic exploration of the concept.