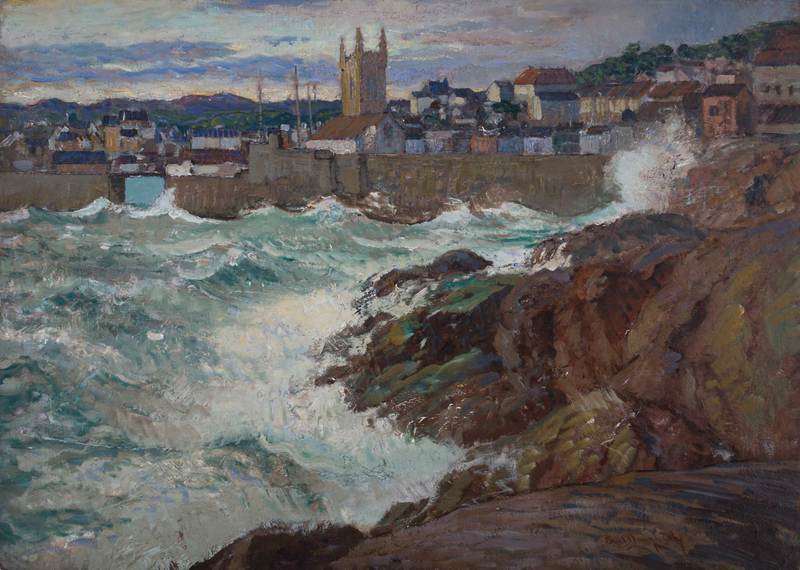 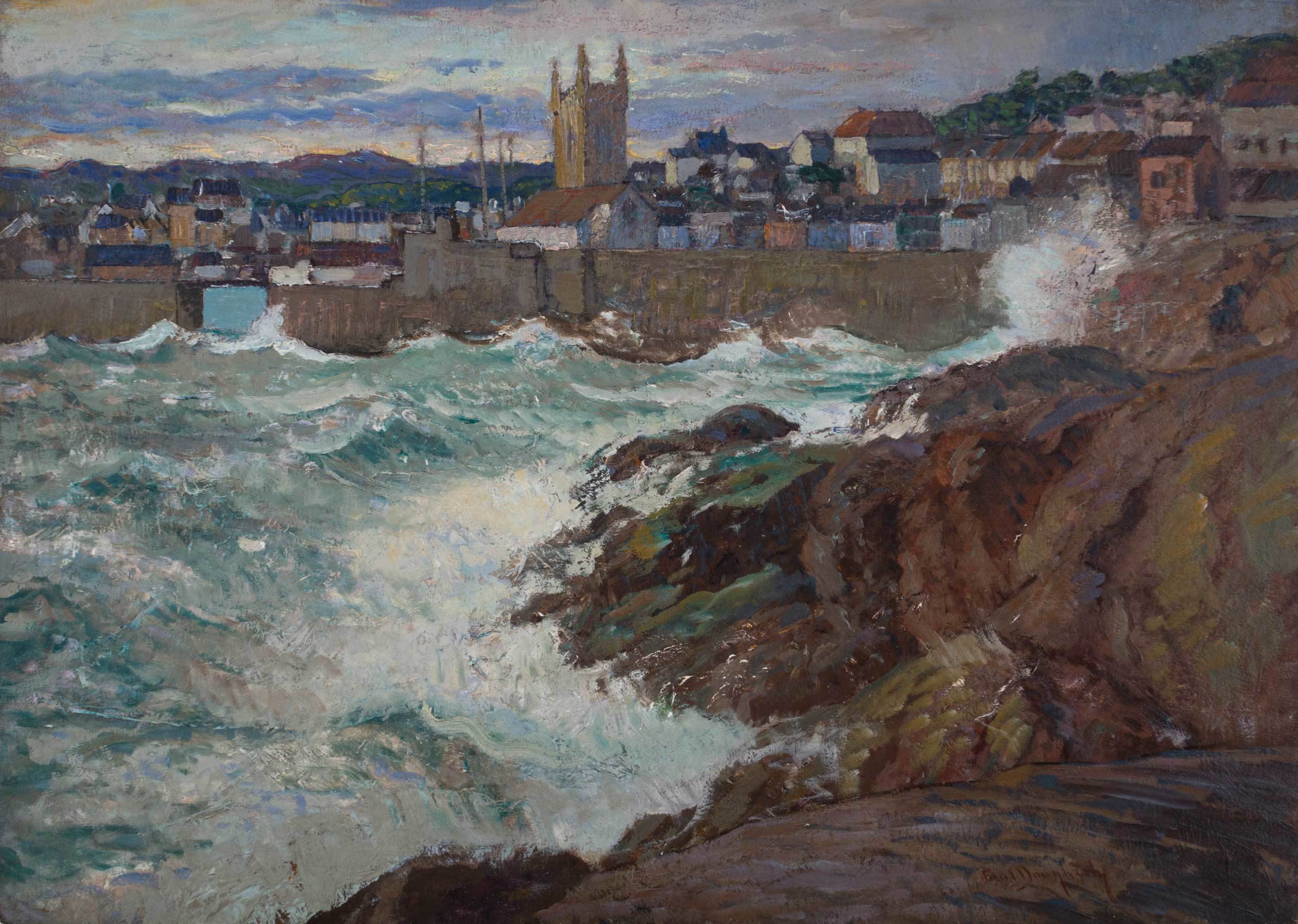 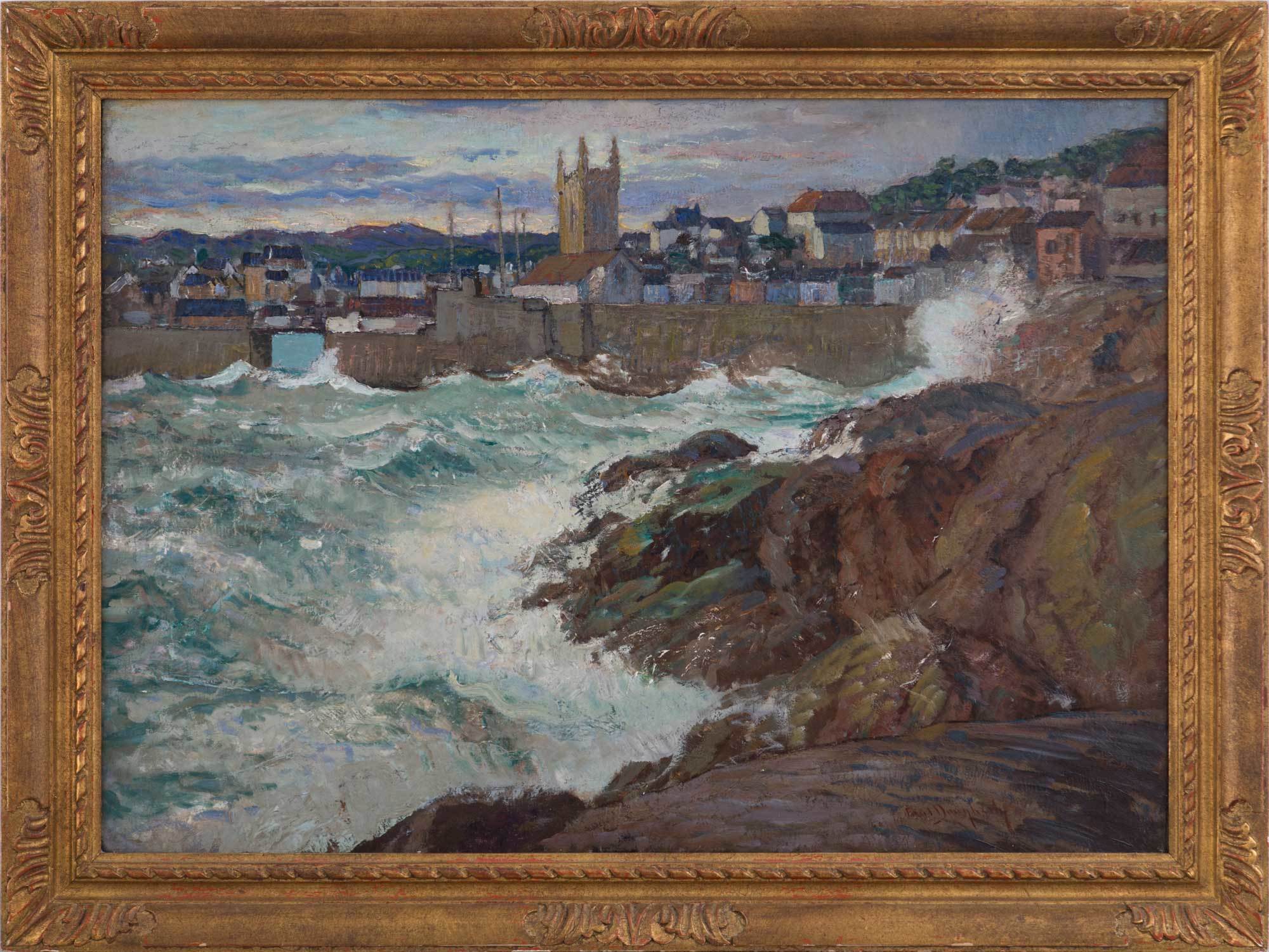 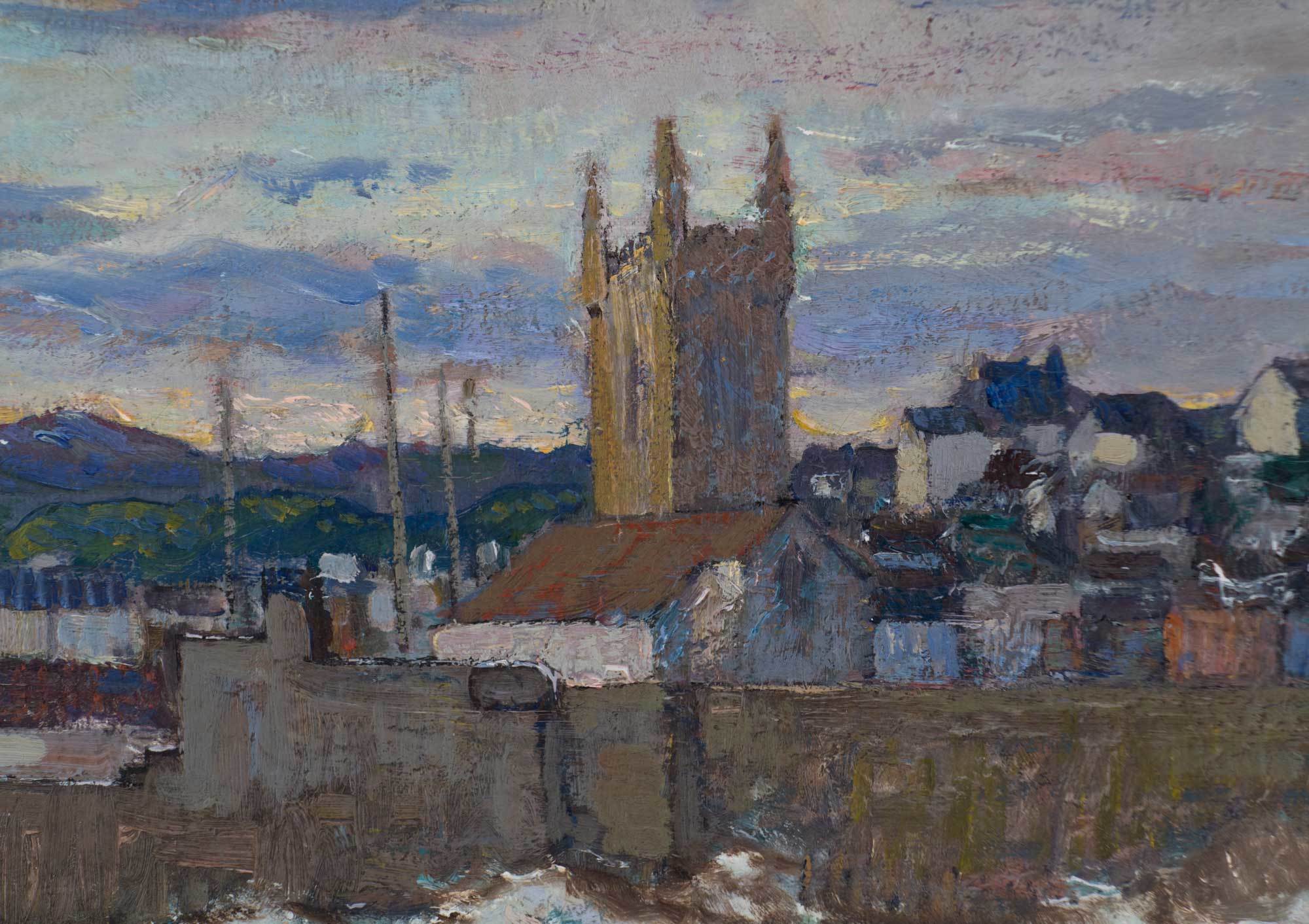 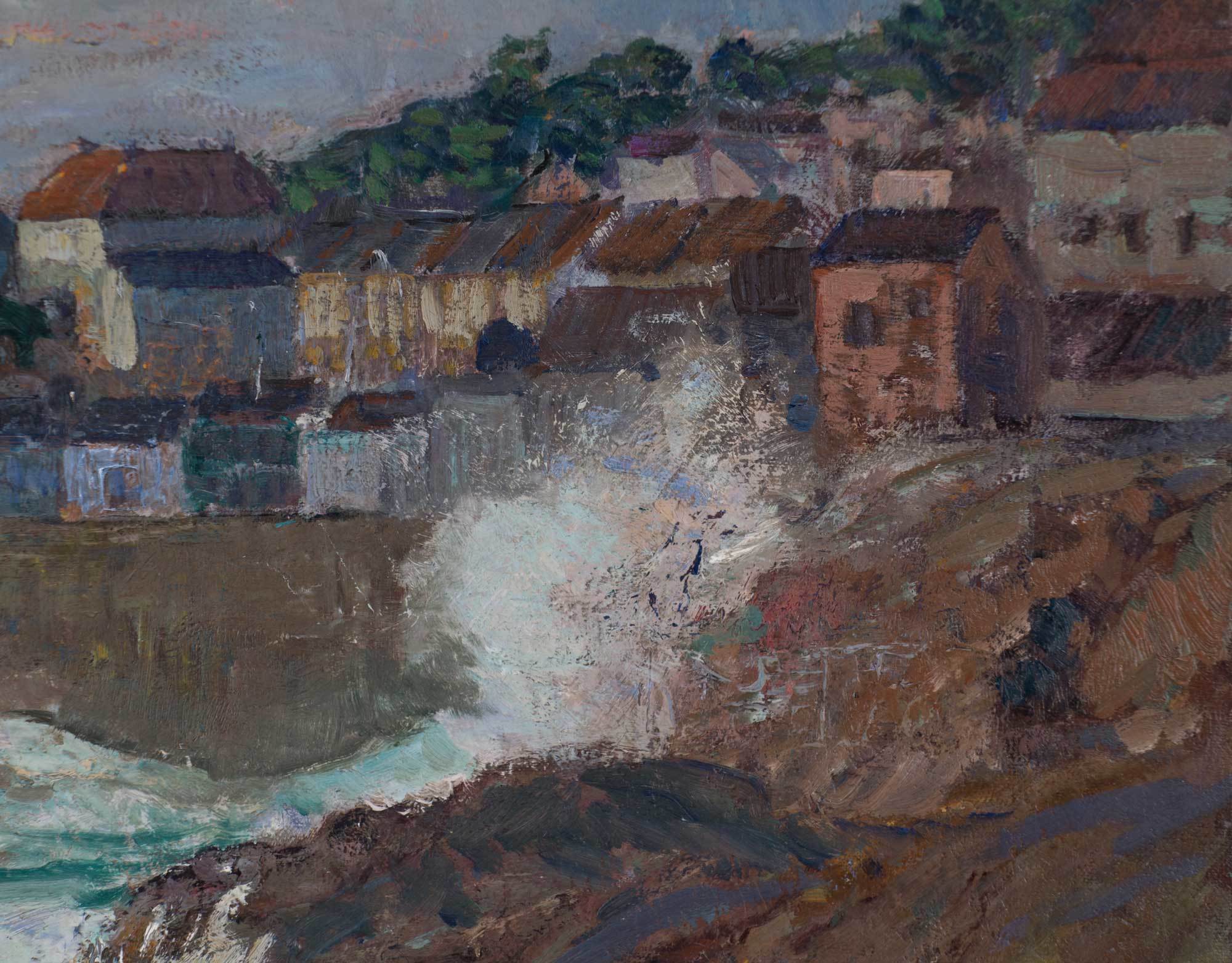 “Few there are who have been content to paint marines solely as interpreting its moods in storm, in restlessness after storm, in mystical beauty of moonlight, in vast spaces and aerial infinities. This individuality of the sea Paul Dougherty has set himself to translate into the terms of his art, and has achieved so much unity of effect that his marines are Homeric in simplicity and in elementary strength.”[1]

-- Edwin A. Rockwell, The International Studio

Painted around 1910, St. Ives, Cornwall demonstrates Dougherty's talent for rendering the powerful currents and windblown surf that drew many artists to the region, especially marine painters interested in capturing the confluence of wind and water along England’s rugged coastline. The perspective of this composition is unique among the artist’s oeuvre, however, for his decision to paint the village, including the familiar tower of Parish Church, set under a partly cloudy sky. With the seas churning and glimmers of sunlight beyond the hills, one wonders if the scene depicts unsettled weather having finally broken or if Dougherty has captured the portentous moment before the storm descends.

Circa 1910
Price upon request
Contact Vose about this painting