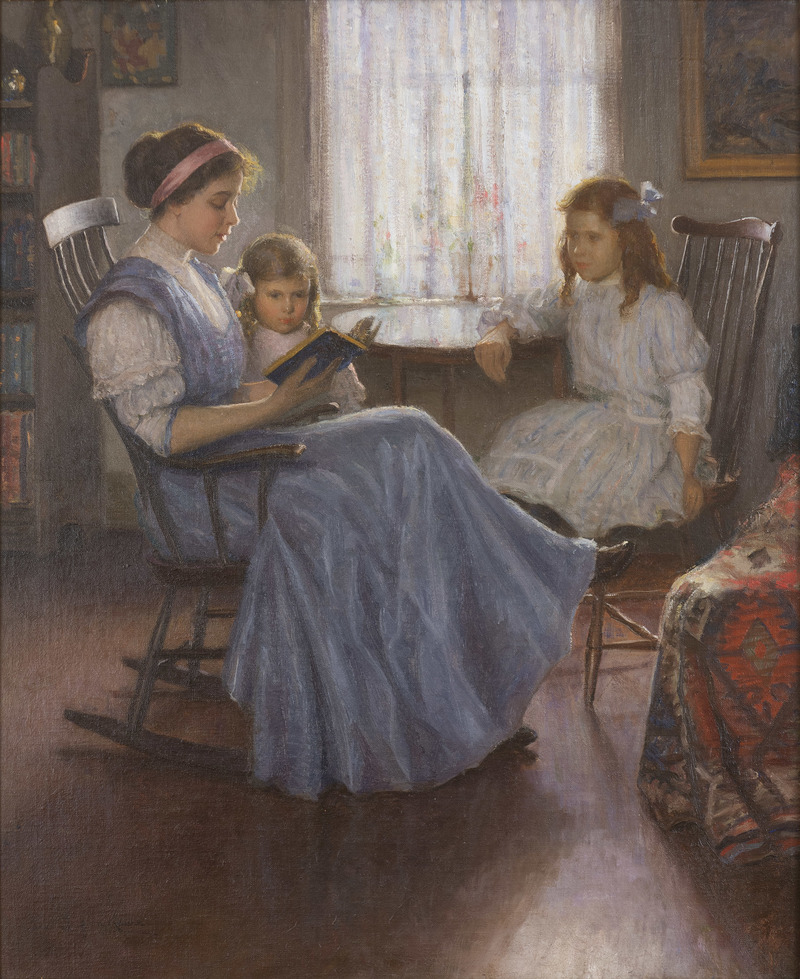 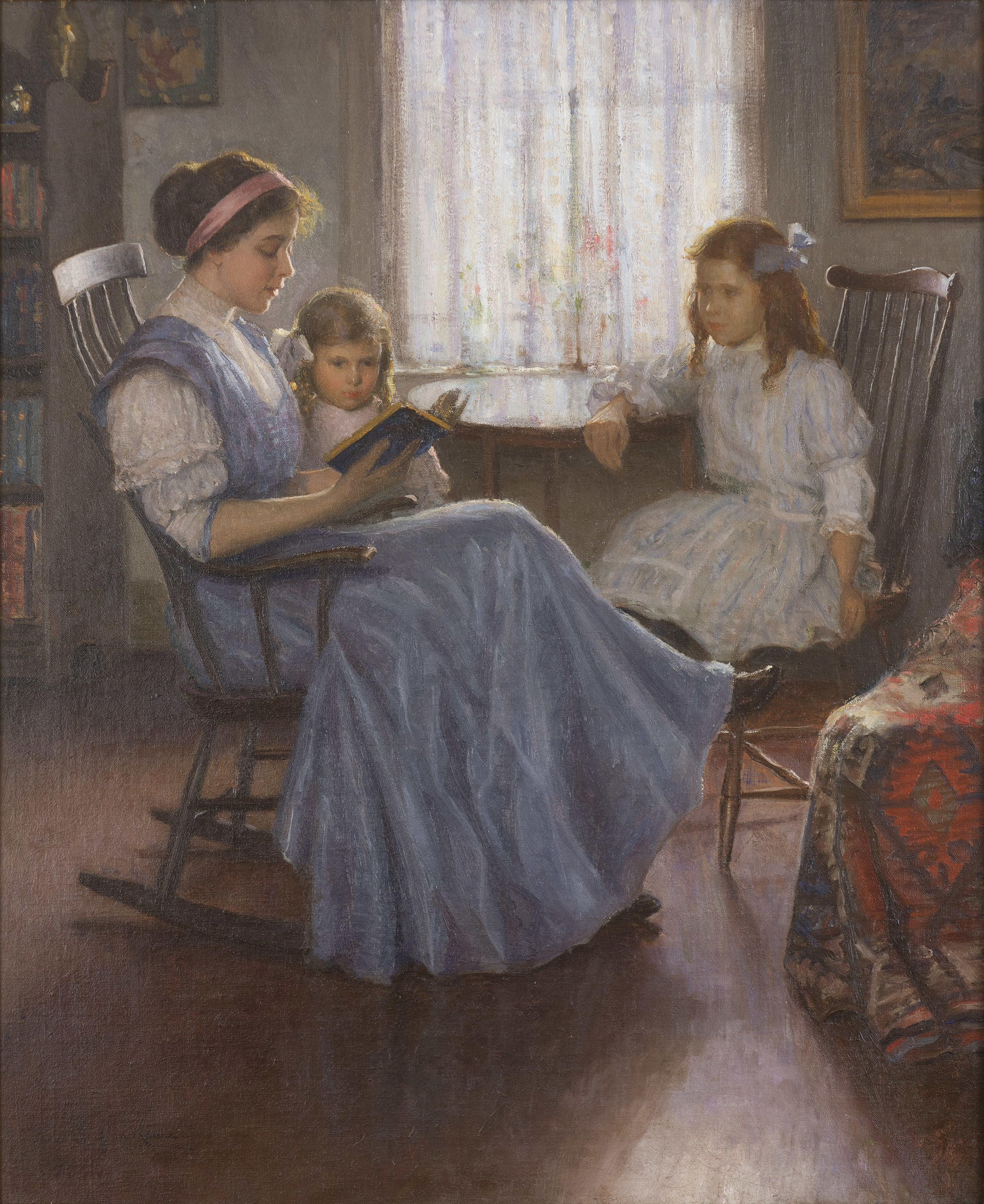 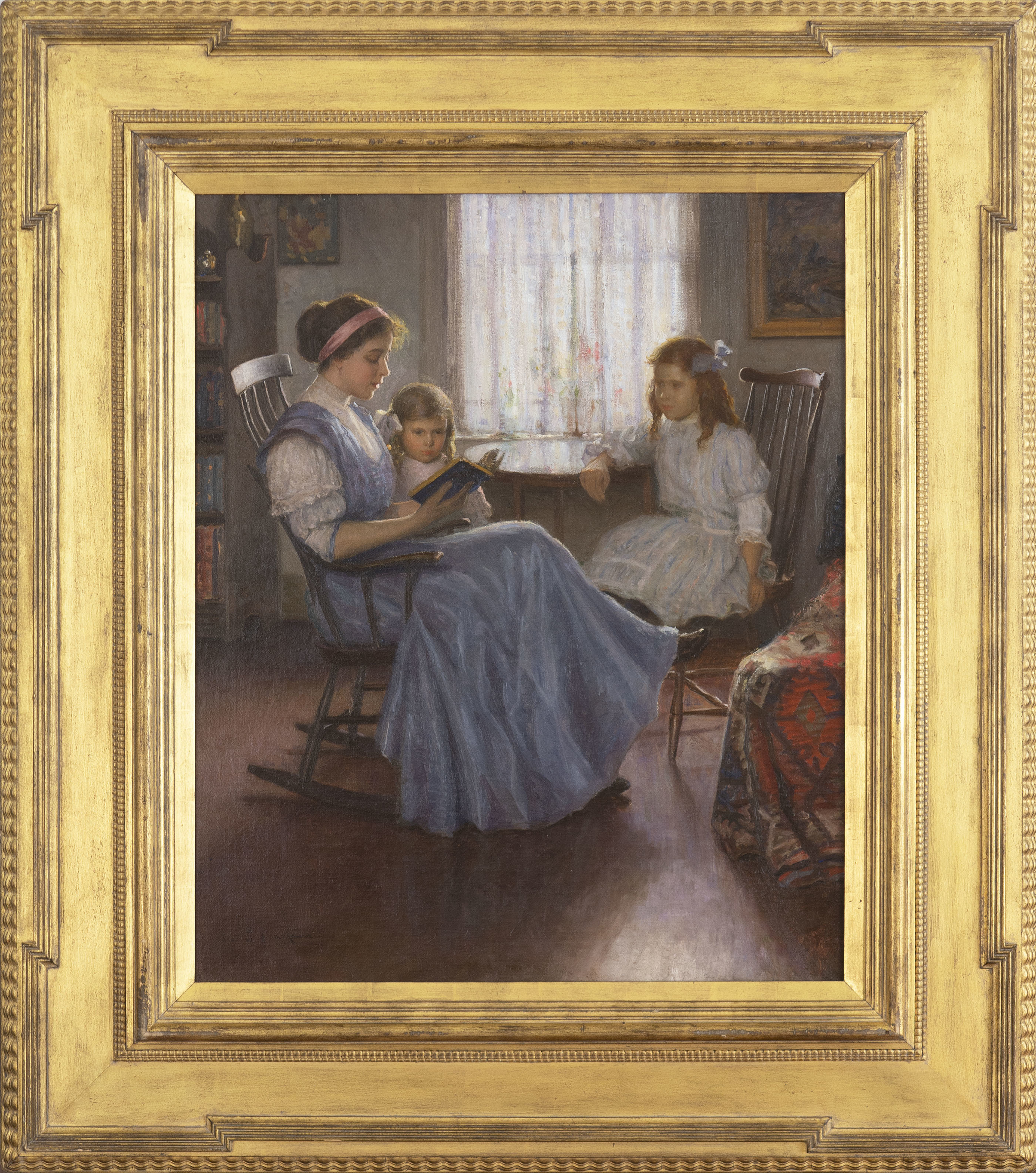 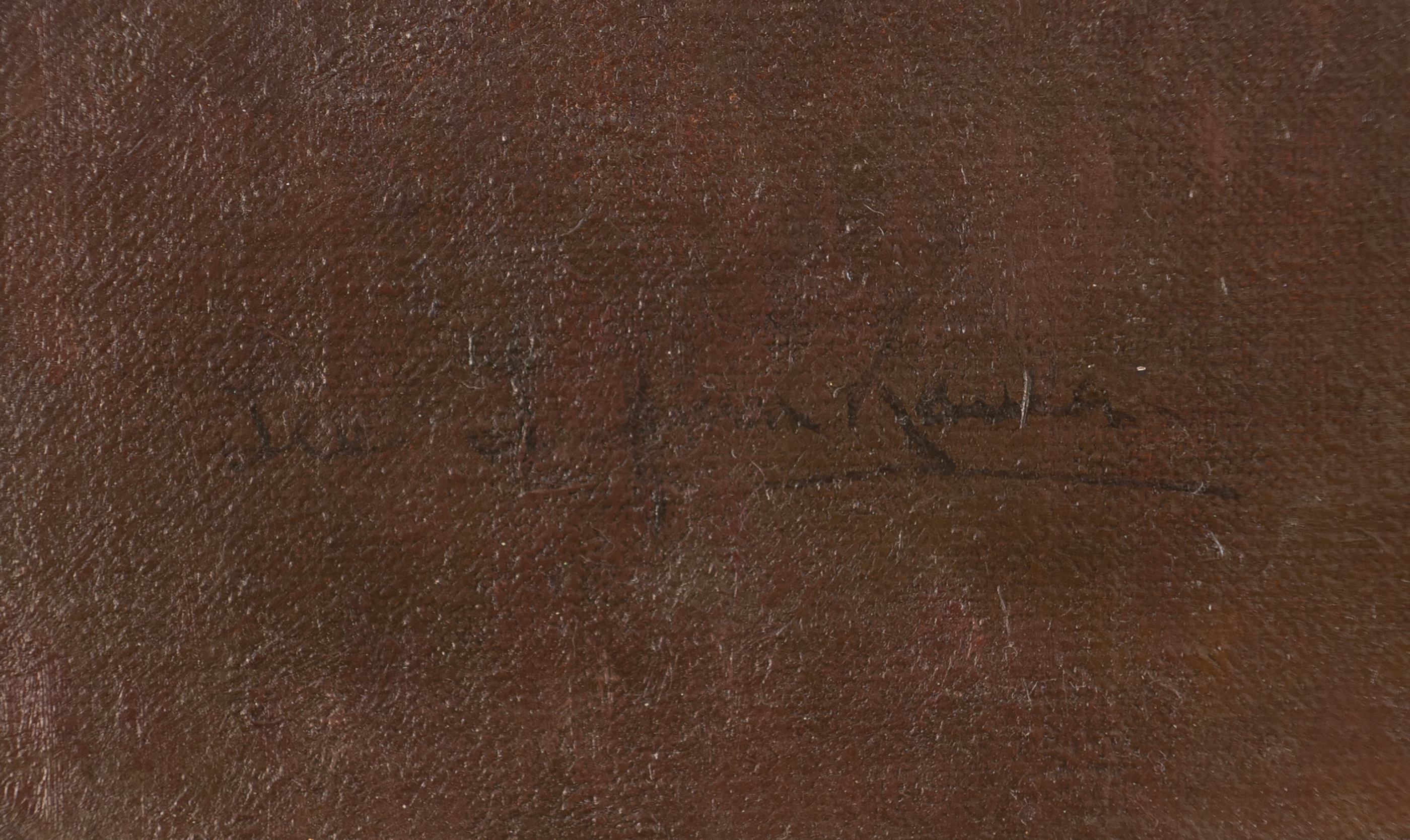 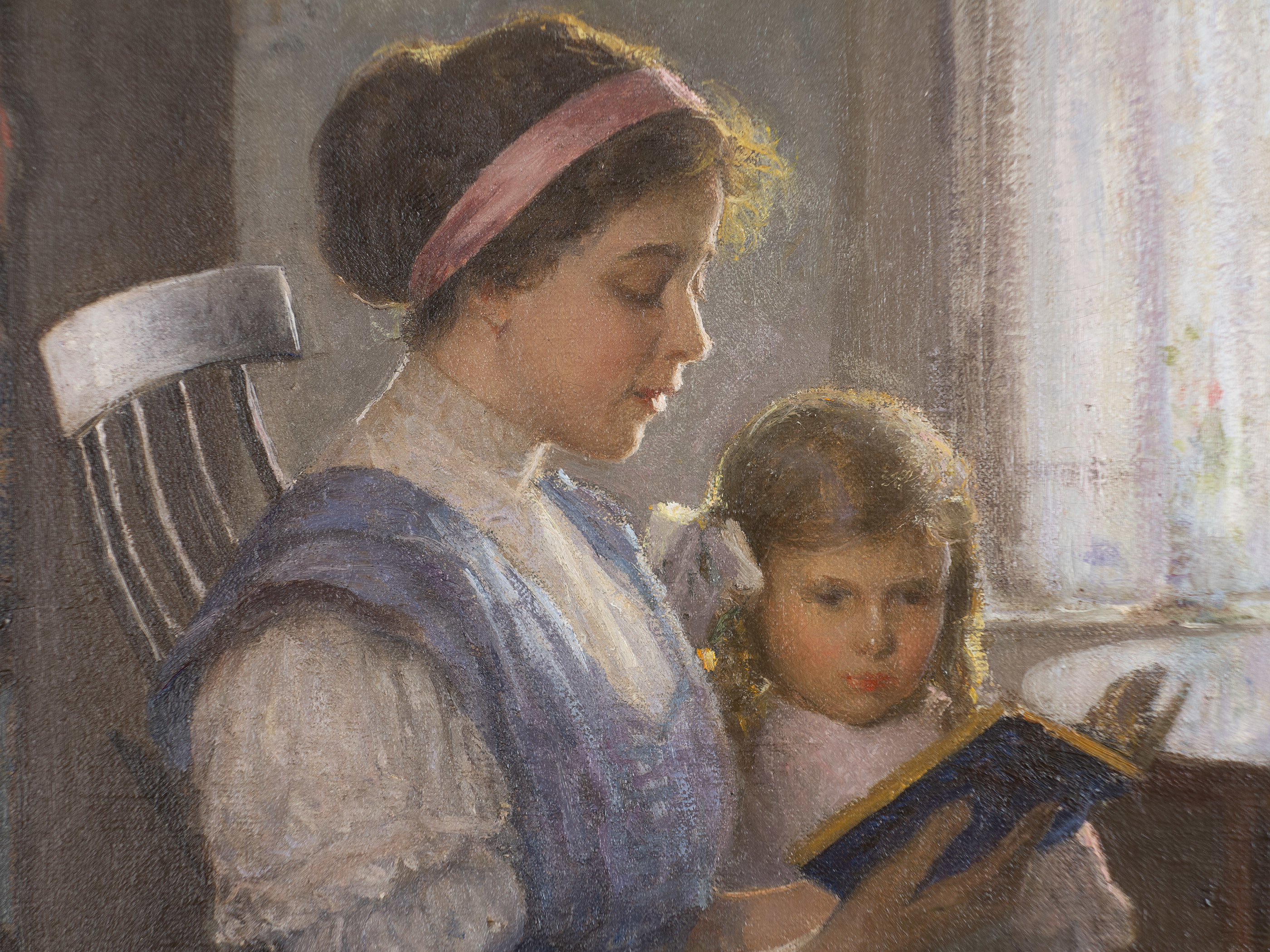 Reading embodies distinctive elements of the Boston School ideal: a strong sense of composition and color harmony, a loveliness shared by Kaula's models and their cozy surroundings, and an overall feeling of contentment as her subjects enjoy story time. The scene is inviting and warm, the figures and the various objects are carefully rendered, and the diffused sunlight from a nearby window betrays nothing of the world beyond this quiet familial moment.

Lee Lufkin began her professional studies in New York under Charles Melville Dewey and like most artists of the time decided to develop her skills abroad. In 1894, she departed for Paris with her friend Claire Shuttleworth, where she worked with Edmond Aman-Jean at the Académie Colarossi and received encouragement from Charles Gruppé. During her travels, she met William J. Kaula in the Northern French town of Crécy, and they were later married in 1902. The Kaulas were among the first occupants of the famed Fenway Studios building upon its opening in 1905. They moved to the large corner studio, number 311, and worked and lived there until William’s death in 1953.

They befriended many of their studio neighbors, including Edmund Tarbell, the leading painter of the Boston School. While she never studied at the city’s art institutions, Lee’s embrace of the Boston School tradition is evident in the floral still lifes, genre scenes, portraits and figural work she created and exhibited throughout her career. Whether working on a still life or figure composition, Lee’s vivid color palette and her use of a variety of interesting, yet complementary, textiles and shapes became hallmarks of her style.

Lee Lufkin Kaula was an active member of the circle of women artists in Boston. She joined and exhibited with the Copley Society and the Guild of Boston Artists, and also showed with the National Association of Women Painters and Sculptors, the New York Women’s Art Club, the National Academy of Design, the Pennsylvania Academy of the Fine Arts, and the Art Institute of Chicago.

By purchase from the above to private collection, 2006

Eventually to collection, Newburyport, Massachusetts, by 2021