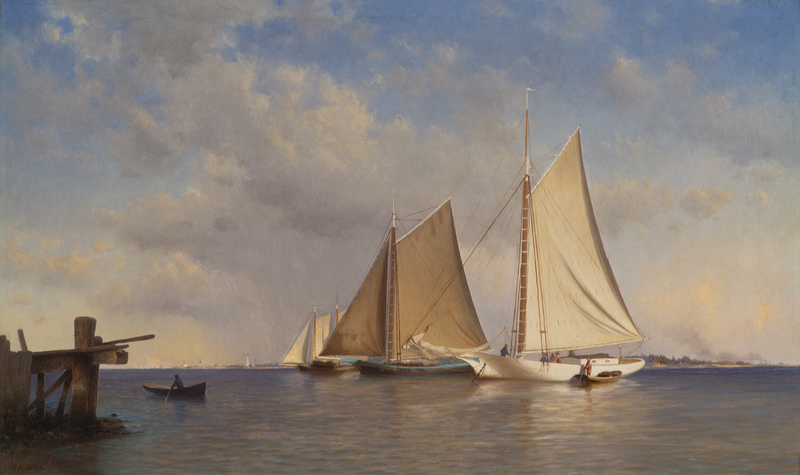 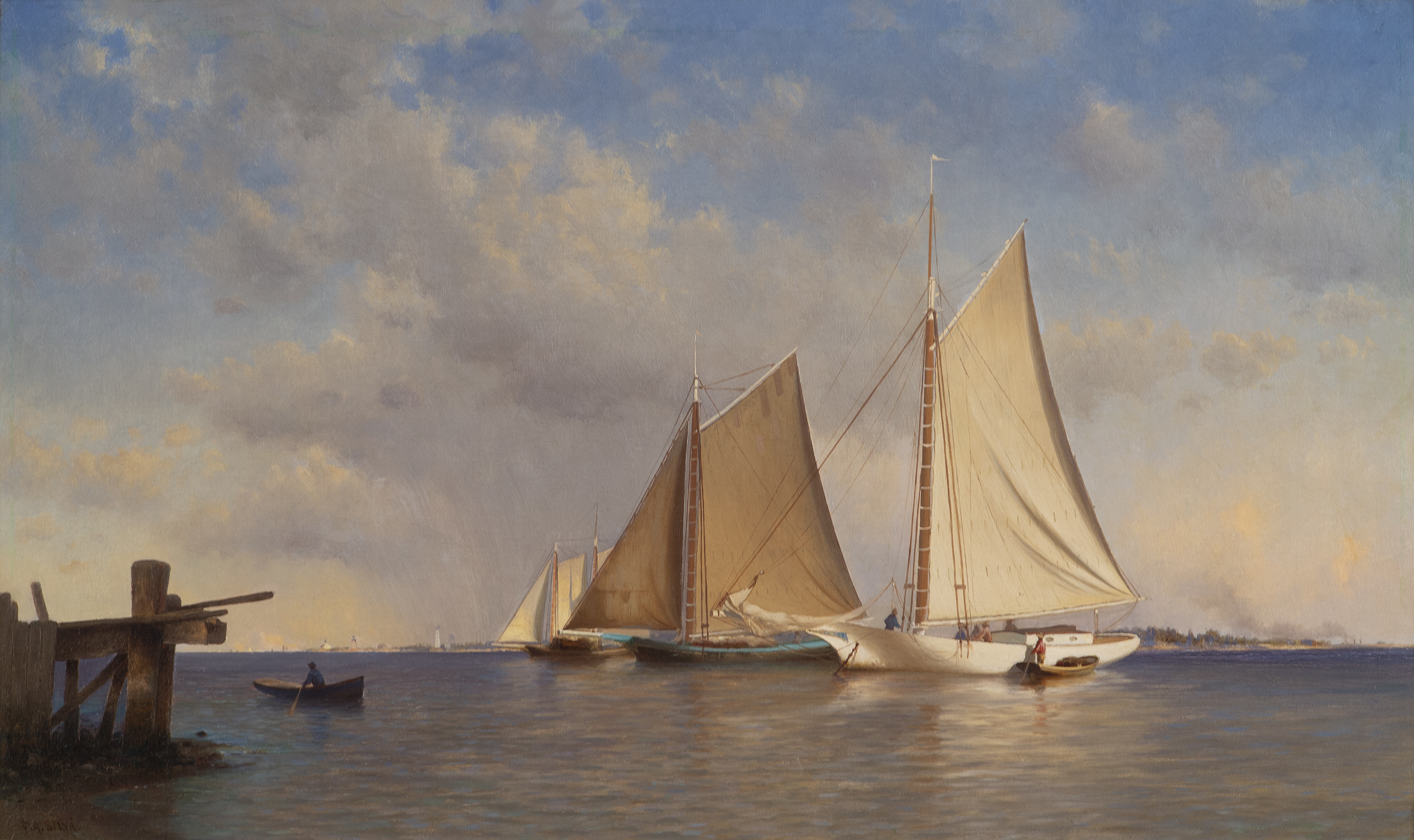 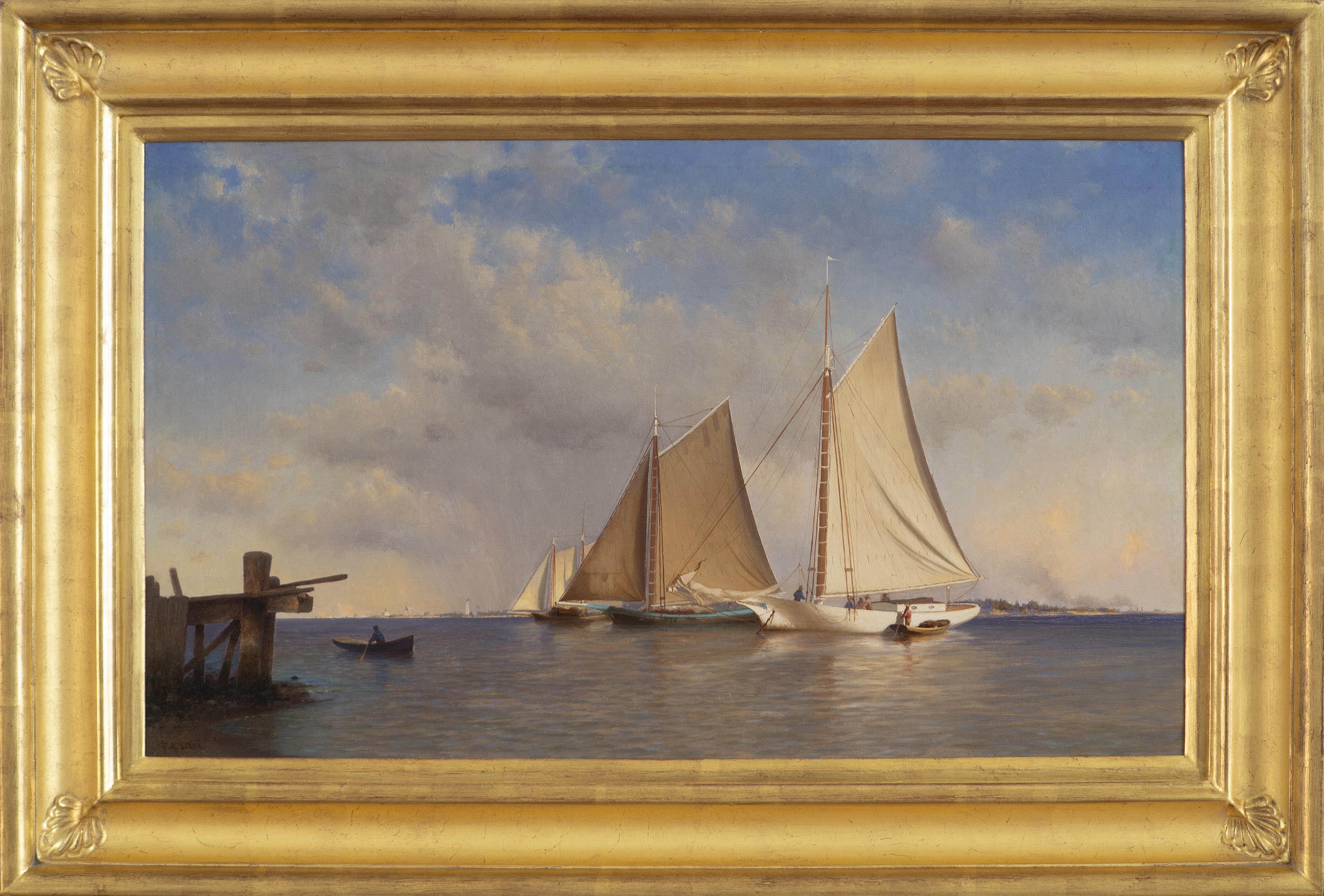 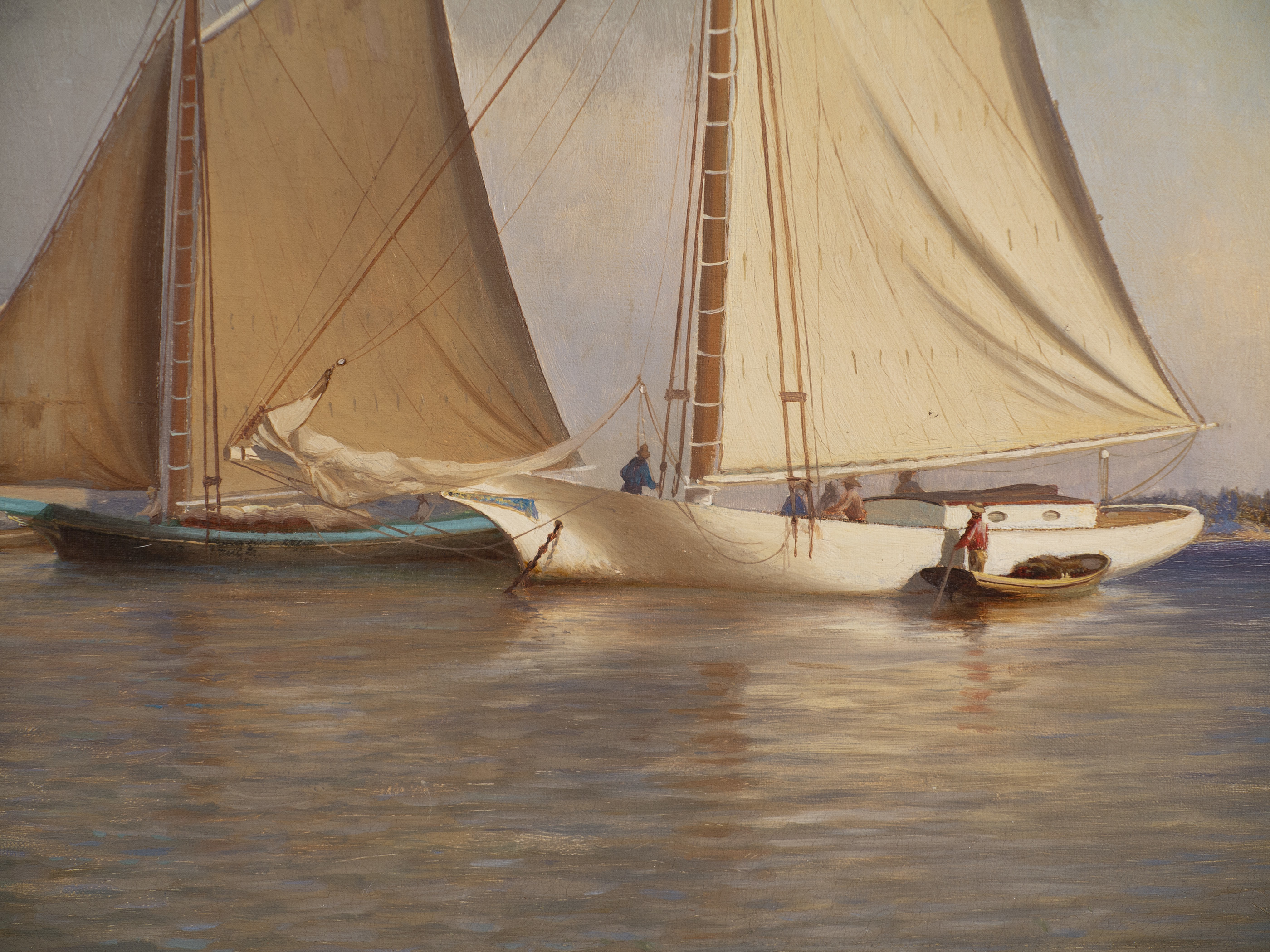 New York Coast likely dates from Silva's period in the late 1870s of rendering light to allow for crisper transitions and enhance the tranquility of his shoreline subjects. The clarity of the summer sun casts a warmth on all it touches but does not dominate the scene, while a breeze carries a brief rain shower across the horizon and gently flutters the sail of the foreground vessel. The sailors notice the weather but remain far from its immediate impact and safely within reach of land. A feeling of optimism and placidity permeates the canvas and is felt by those who view it.

During the latter half of the nineteenth century, Francis Augustus Silva was a key practitioner of Luminism, a term coined decades later in 1954 by art historian John I. H. Baur to classify American artists absorbed with the contemplative qualities of light and atmosphere. Baur initially focused on the genre’s pioneering members, Fitz Henry Lane and Martin Johnson Heade, but turned his attention to Silva in a 1980 Antiques article titled “Francis A. Silva: Beyond Luminism,” and described his subject as “one of the most sensitive” to work under the movement’s guiding principles.

Silva exhibited regularly with the National Academy of Design and the Brooklyn Art Association from the late 1860s until his passing from pneumonia in 1886, a sadly abrupt end to a promising career. Throughout, and perhaps because of his self-taught background, he was committed to portraying the North Atlantic seaboard with a sensitivity worthy of its unique charms. Today Silva’s paintings can be found in several museum collections, including the Terra Foundation for American Art in Chicago, Illinois, the Currier Museum of Art in Manchester, New Hampshire, and the Brooklyn Museum in New York.