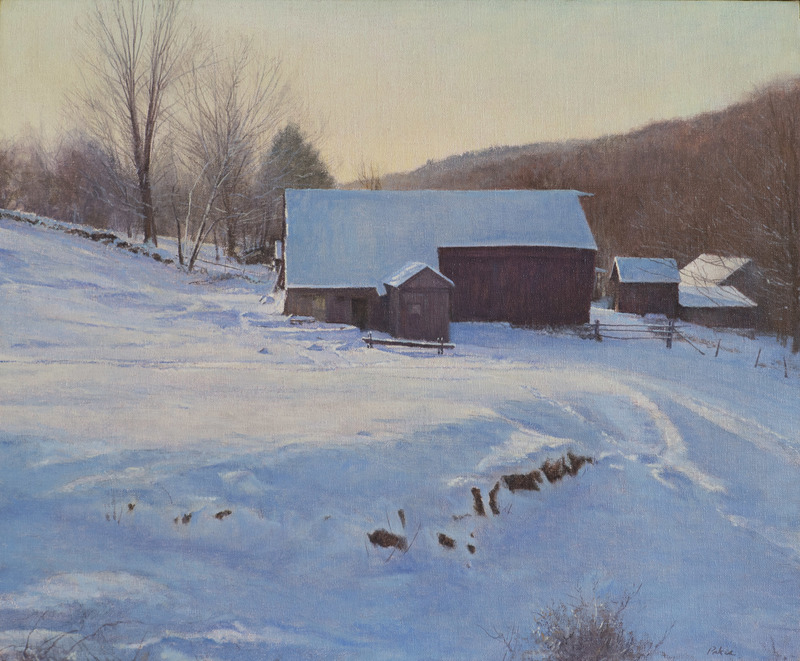 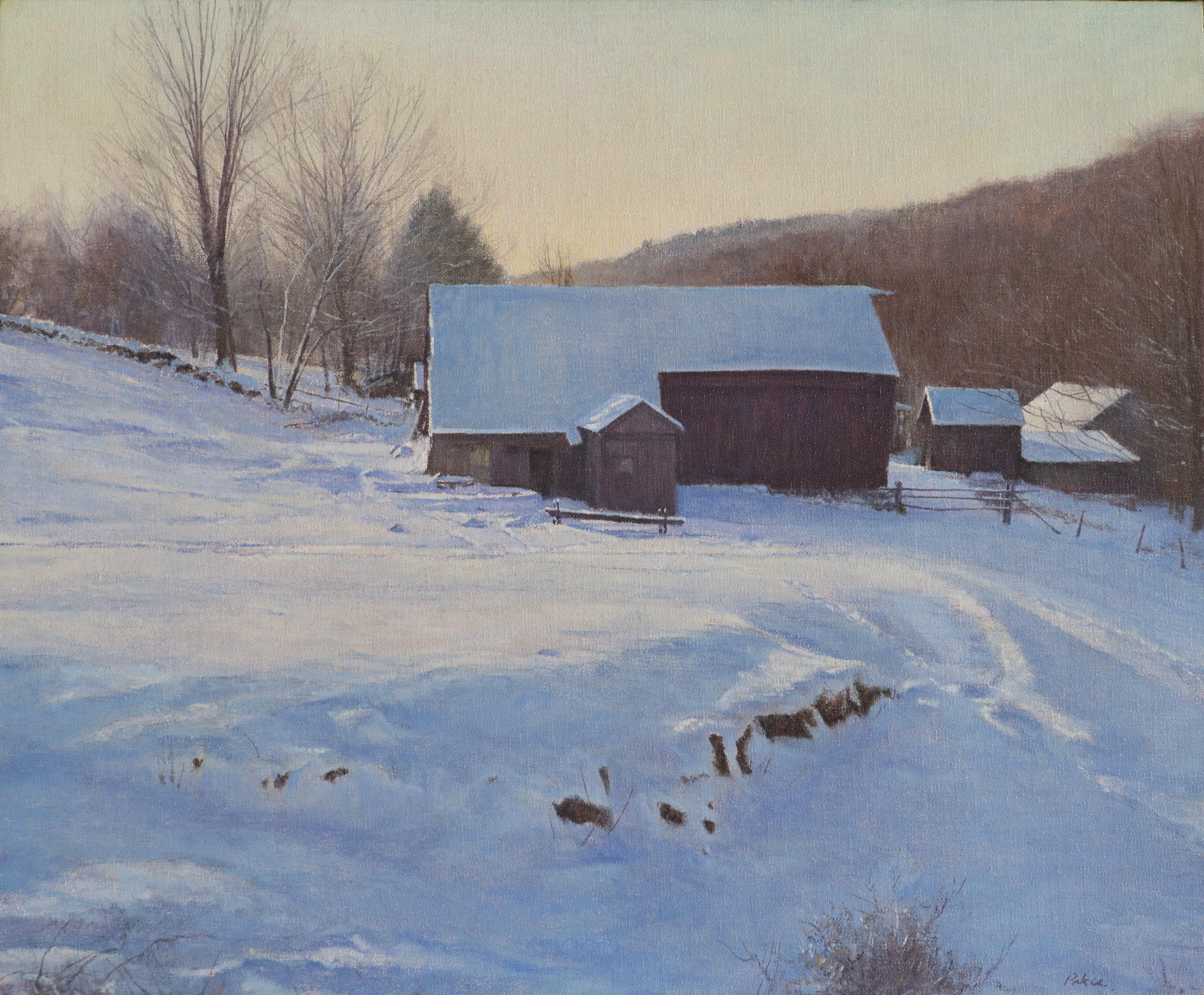 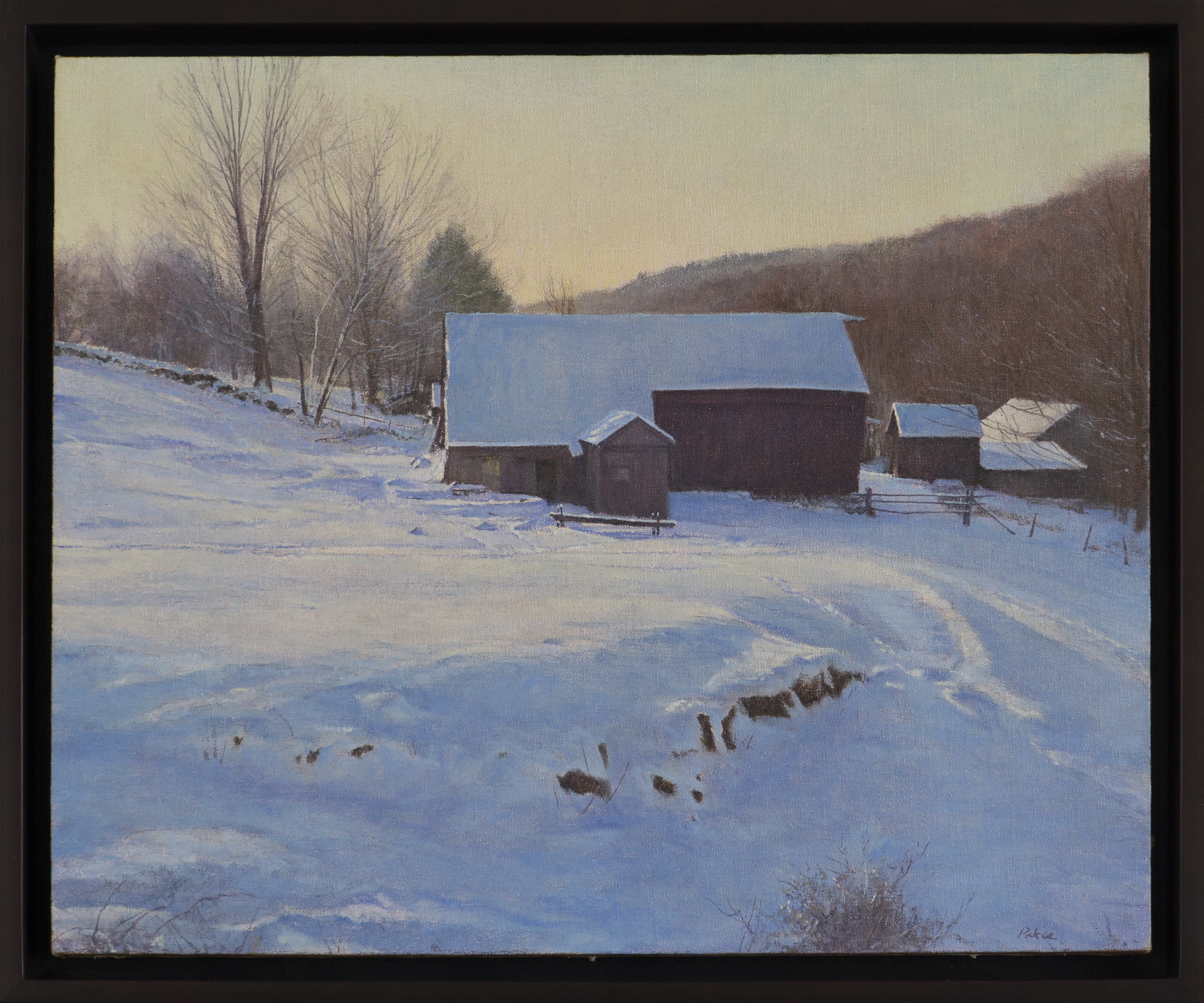 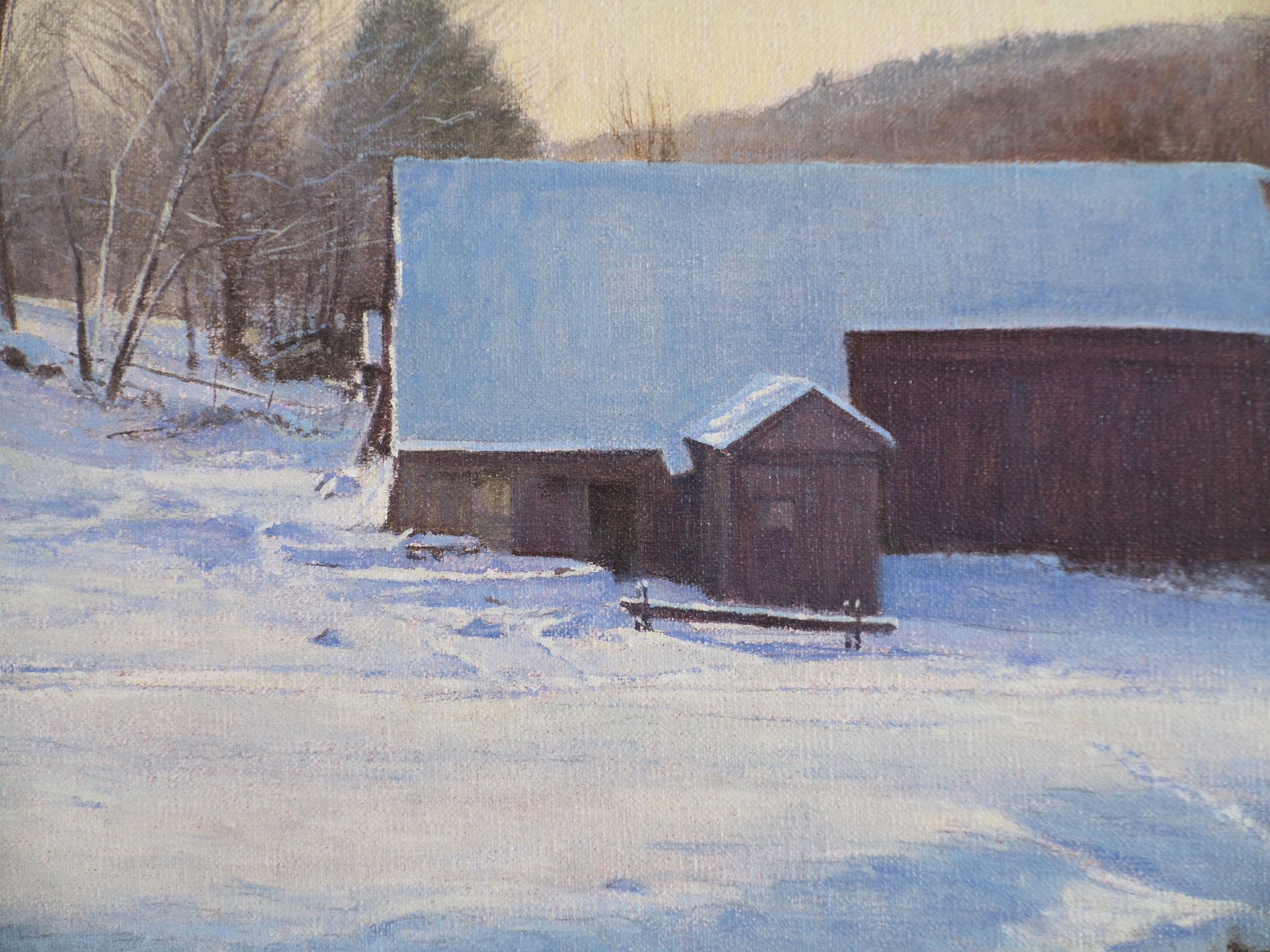 In Early Morning, January, Poskas expertly renders the soft, warm light of sunrise. The work transports viewers to New England’s cold and frosty countryside, where we are accompanied by only glowing light and the silence of a snow-laden landscape.

“Poskas seeks to convey through his art that efforts to restore and maintain the past provide an antidote to the environmental threat that is constantly becoming more dire and to the ebbing way of the countryside as a result of the spread of the suburbs…and continued industrial development.”

Peter Poskas is a master landscape painter whose evocative scenes of New England can be found in numerous private and corporate collections, and in museums throughout the country from Maine to Washington State. Born in Waterbury, Connecticut, Poskas initially intended to focus on science while at the University of Connecticut, but after a few years opted to pursue his interest in the fine arts. He first enrolled at the Paier College of Art in New Haven before transferring to the Hartford Art School, from which he earned his BFA, and later worked for his MFA through the University of Massachusetts. Despite the dominance of abstract art movements at this time, Poskas became a steadfast practitioner of realism; his early work included scenes of his native Waterbury, painted with a detachment reminiscent of Edward Hopper.

In 1975, Poskas moved to the rural town of Washington, Connecticut, where he discovered a surplus of inspiration in the area’s weathered farm buildings and vast fields set among the southern foothills of the Berkshires.

Private collection, Southern California, since about the 1980s

Circa 1980s
Price upon request
Contact Vose about this painting