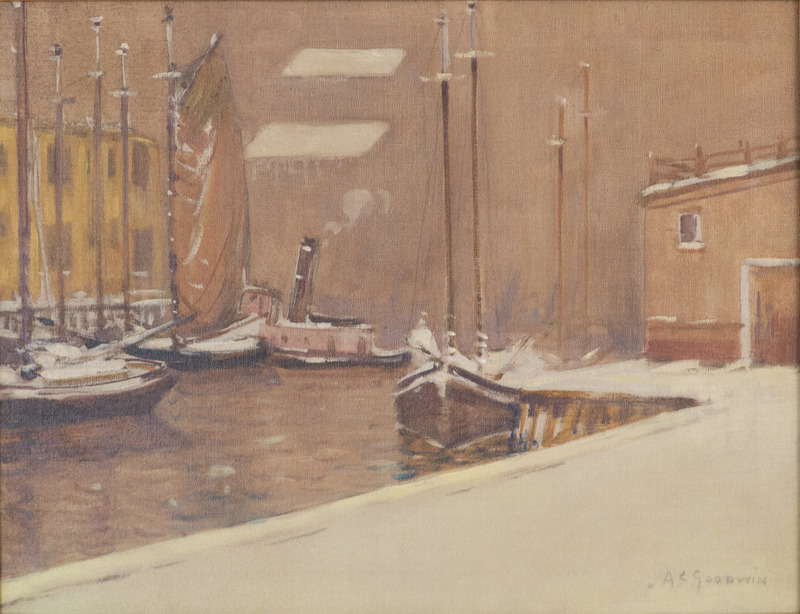 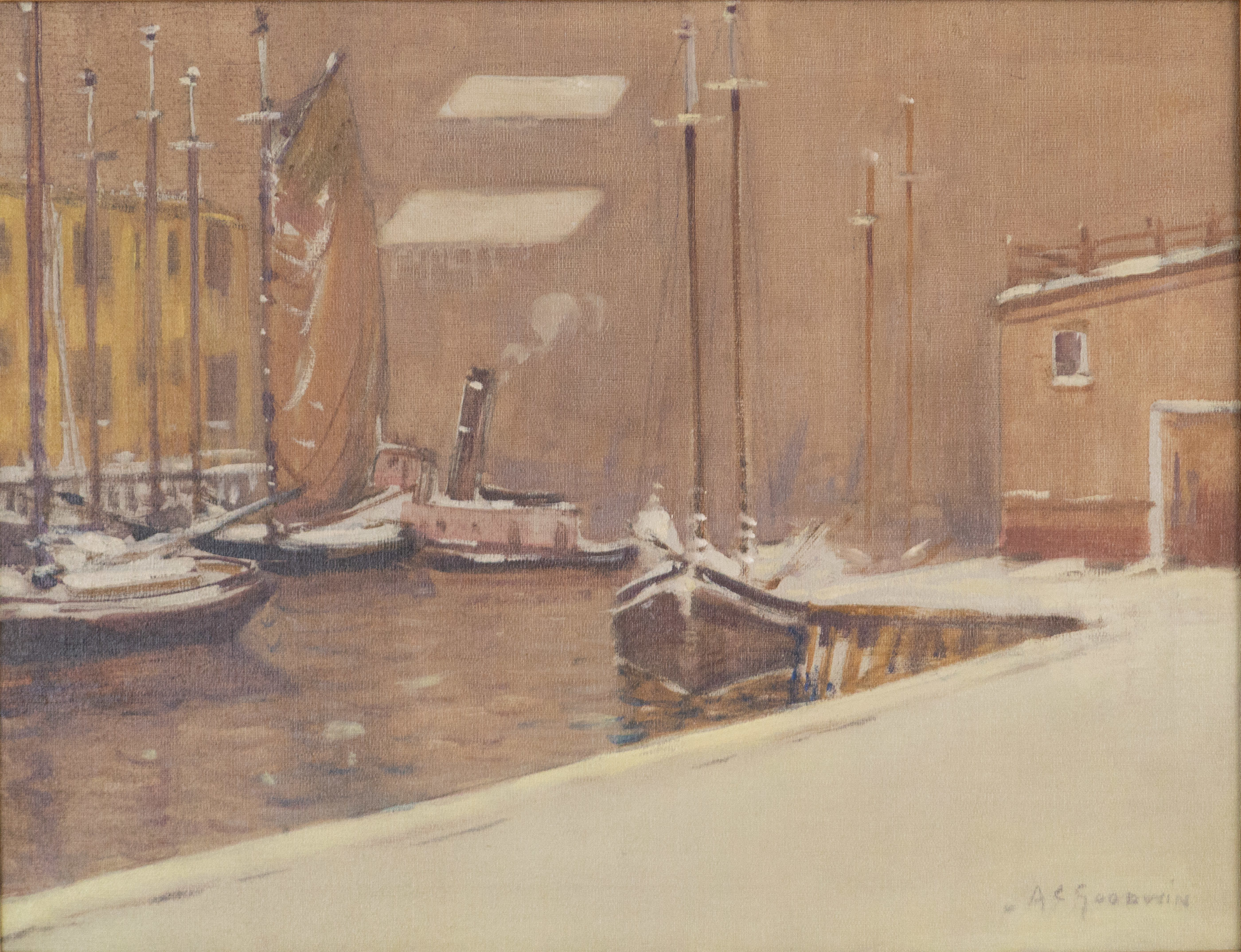 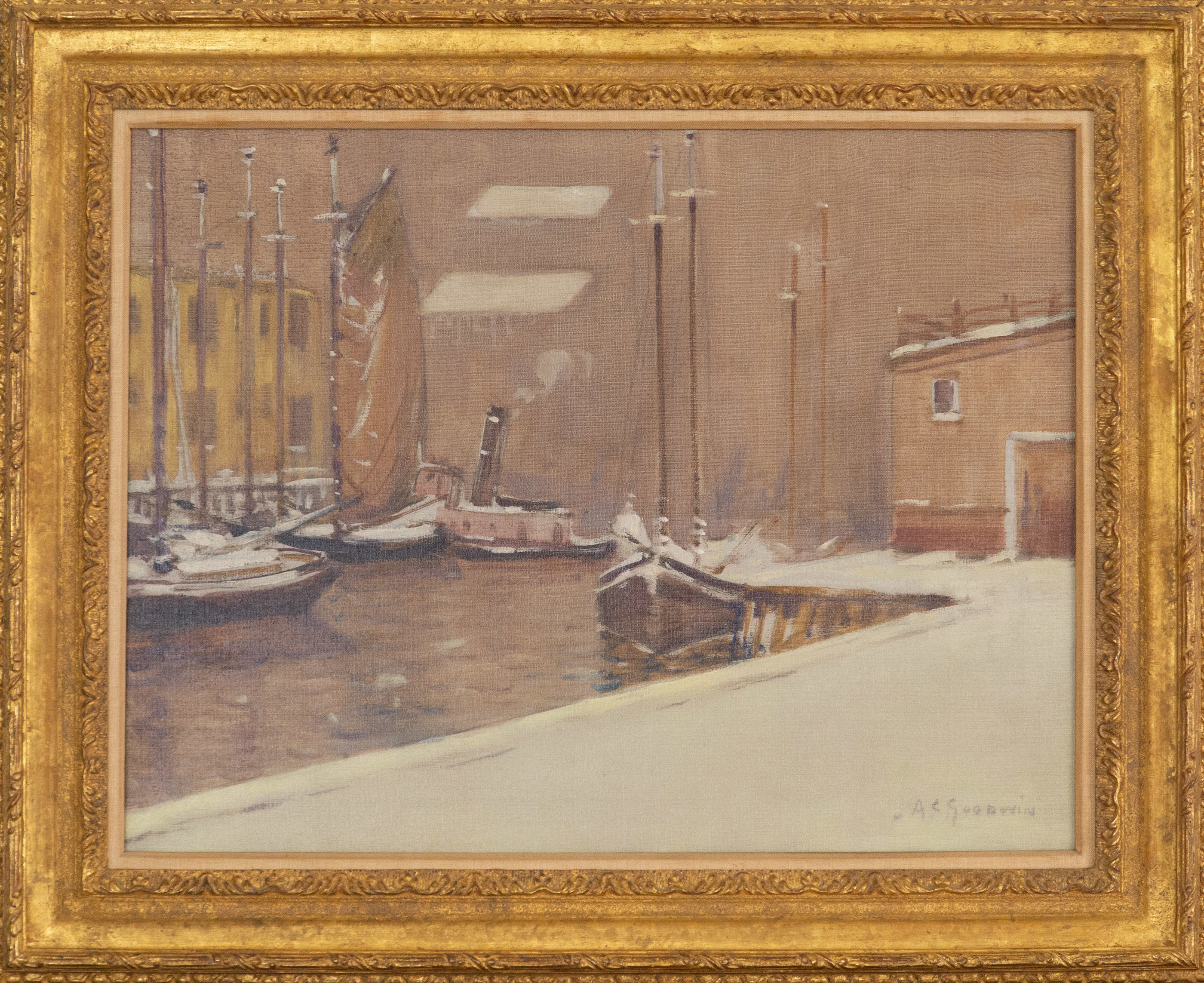 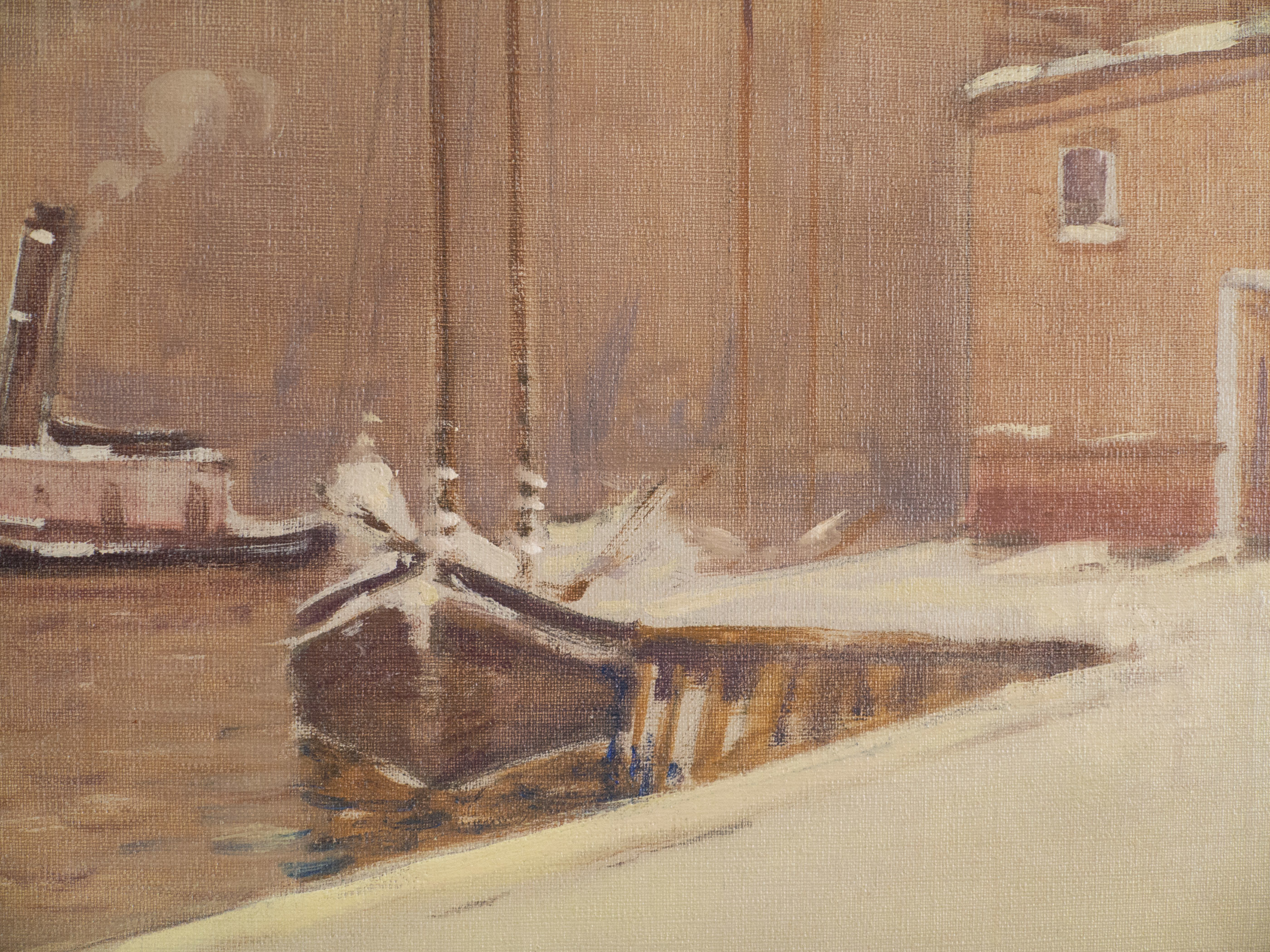 Goodwin earned the moniker ‘Sloppy Weather Goodwin’ for his tendency to paint in all seasons, especially Boston’s bone-chilling winters. In Boston Waterfront in Winter, he was sparing in his paint application, giving levels of solidity to only the boats, the wharf, and the nearby buildings all laden with snow. In doing so, he interpreted the hazy atmosphere of an urban winter and enhanced the industrial nature of his subject, with the only evidence of man’s presence on a frigid day being the puff of smoke from an idling tugboat.

Arthur Clifton Goodwin, whose bohemian lifestyle gave him the title “Beau Brummel of Chelsea,” began an artistic career when he was over thirty years old. In 1900, he watched his artist friend Louis Kronberg at work on a pastel and declared, “I think I could do that.” Largely self-taught, Goodwin is best known for painting the wharves along Boston Harbor and for his depictions of the city’s streets and gardens.

In 1911, Goodwin exhibited at the Museum of Fine Arts, Boston, alongside many of the top Boston School artists. Soon after, he was accepted into the Guild of Boston Artists, and gained the recognition of such notables as John Singer Sargent and collector John T. Spaulding. Goodwin exhibited locally at the St. Botolph and Union Clubs, Vose Galleries, the Copley Society, the Guild of Boston Artists, and Doll & Richards Gallery. He also traveled back and forth between Boston and New York during the 1910s and 1920s and showed for thirteen years at many important national exhibitions, including the 1915 San Francisco Exposition, the Pennsylvania Academy of the Fine Arts, the Brooklyn Museum, the Carnegie Institute, the Art Institute of Chicago, and the National Academy of Design. Vose Galleries has enjoyed a continued association with Goodwin, featuring him in three one-man shows in 1920, 1985 and 1988.

To private collection, Marblehead, Massachusetts, circa 1970 to present (an executive of the above, who received it when the company closed)