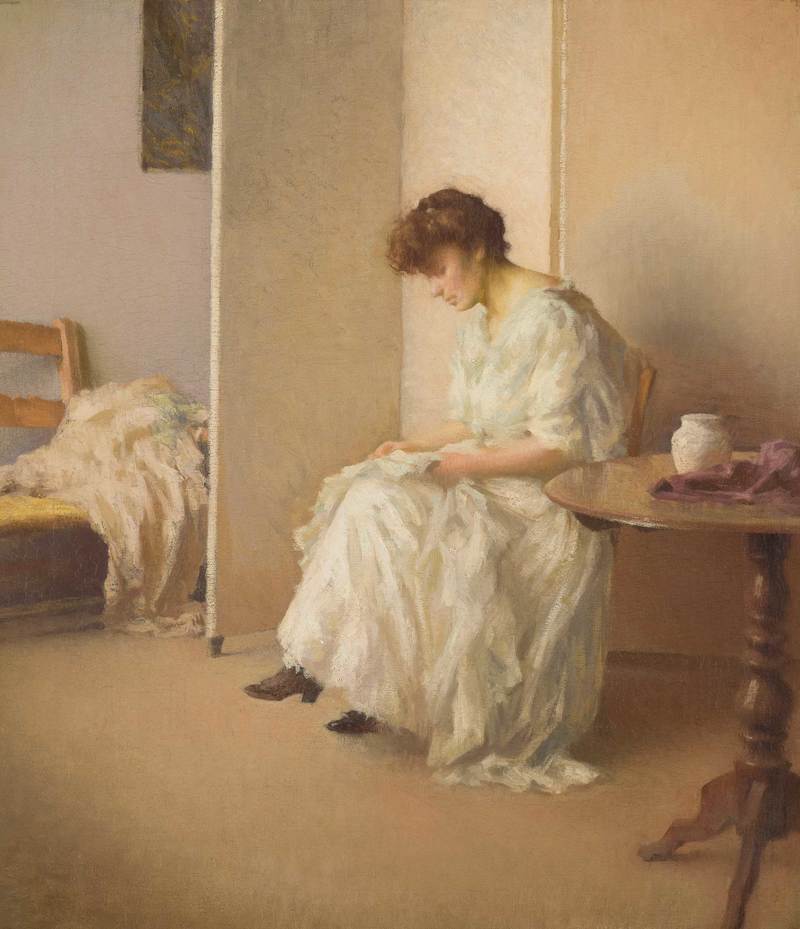 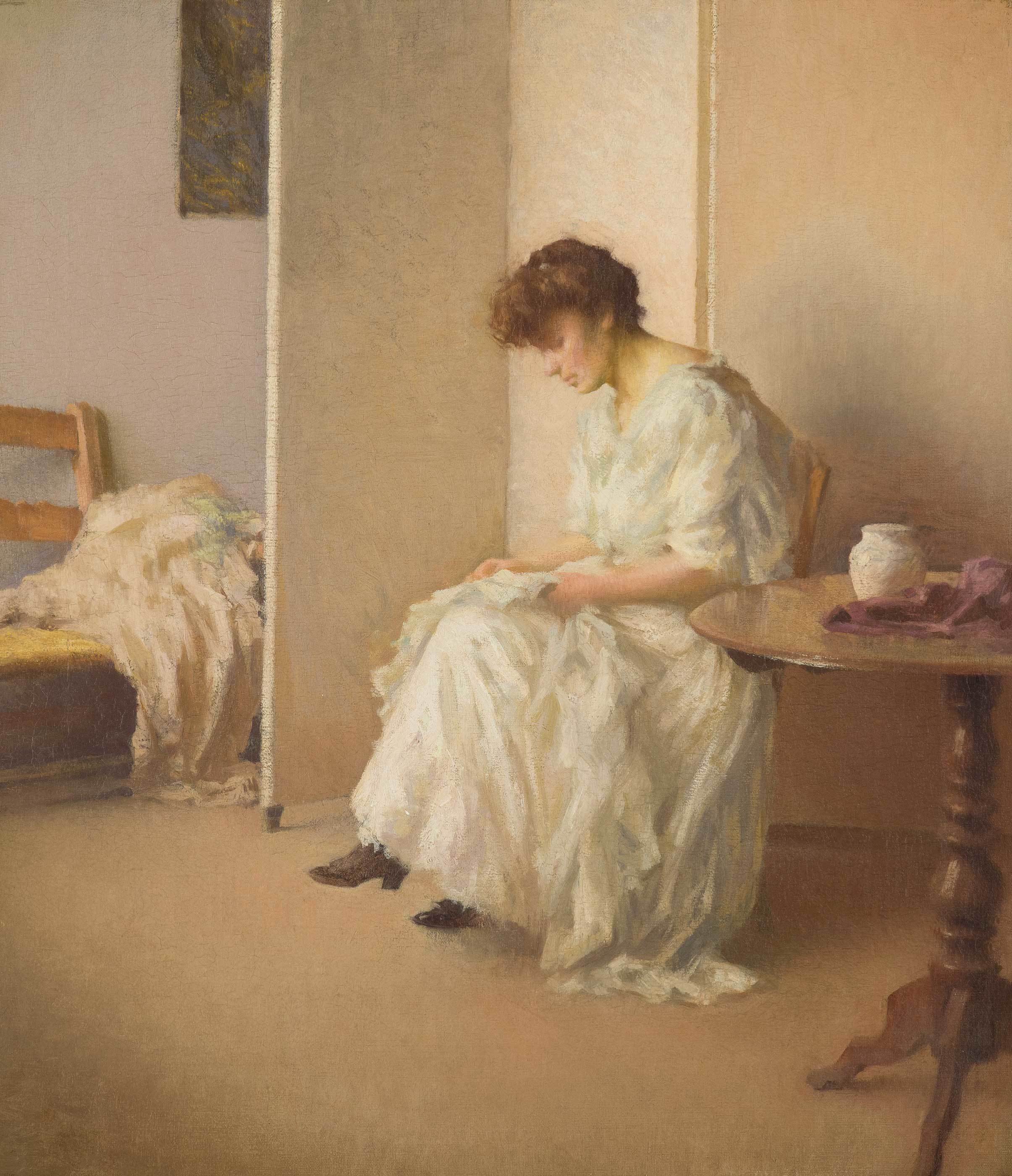 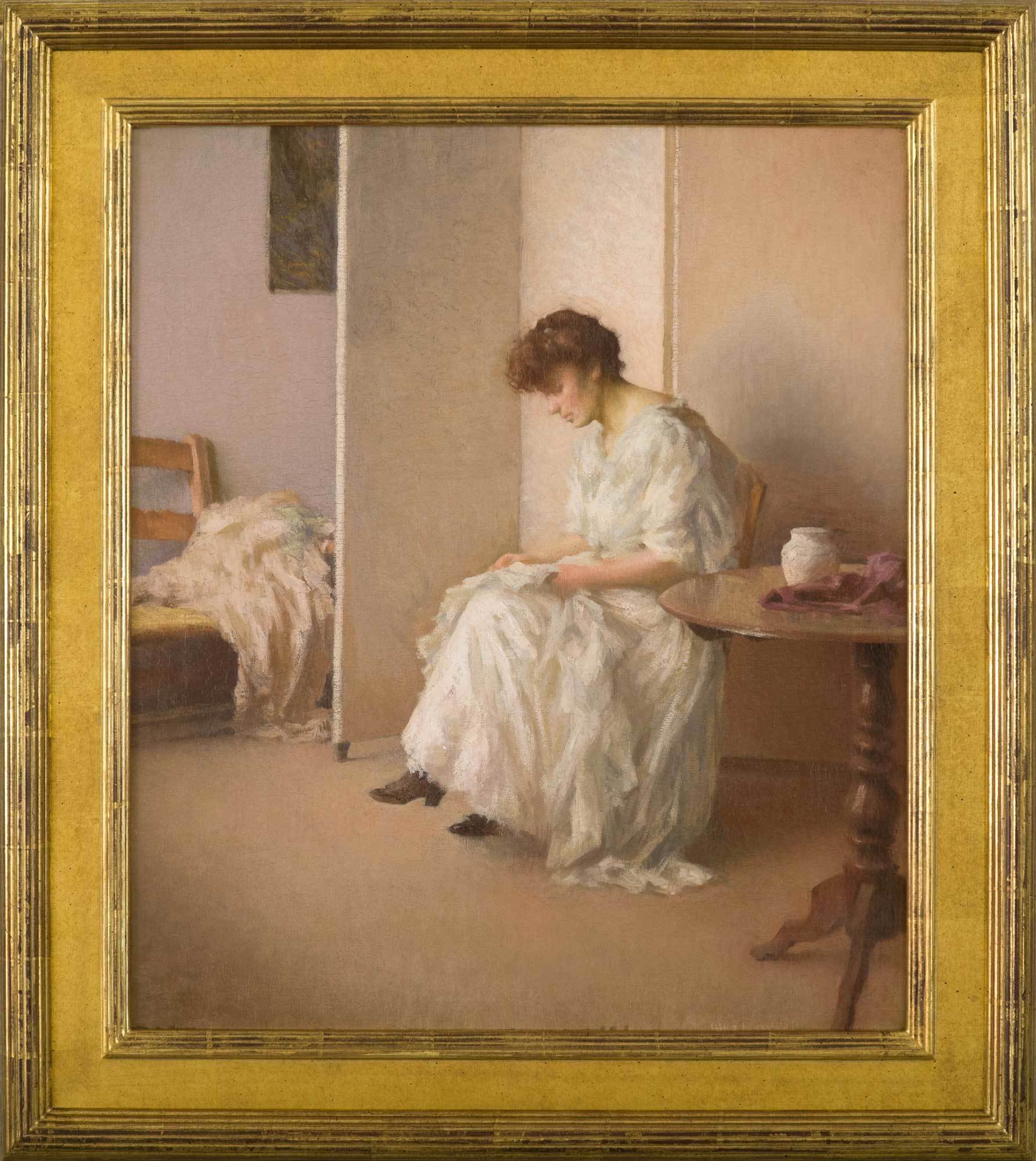 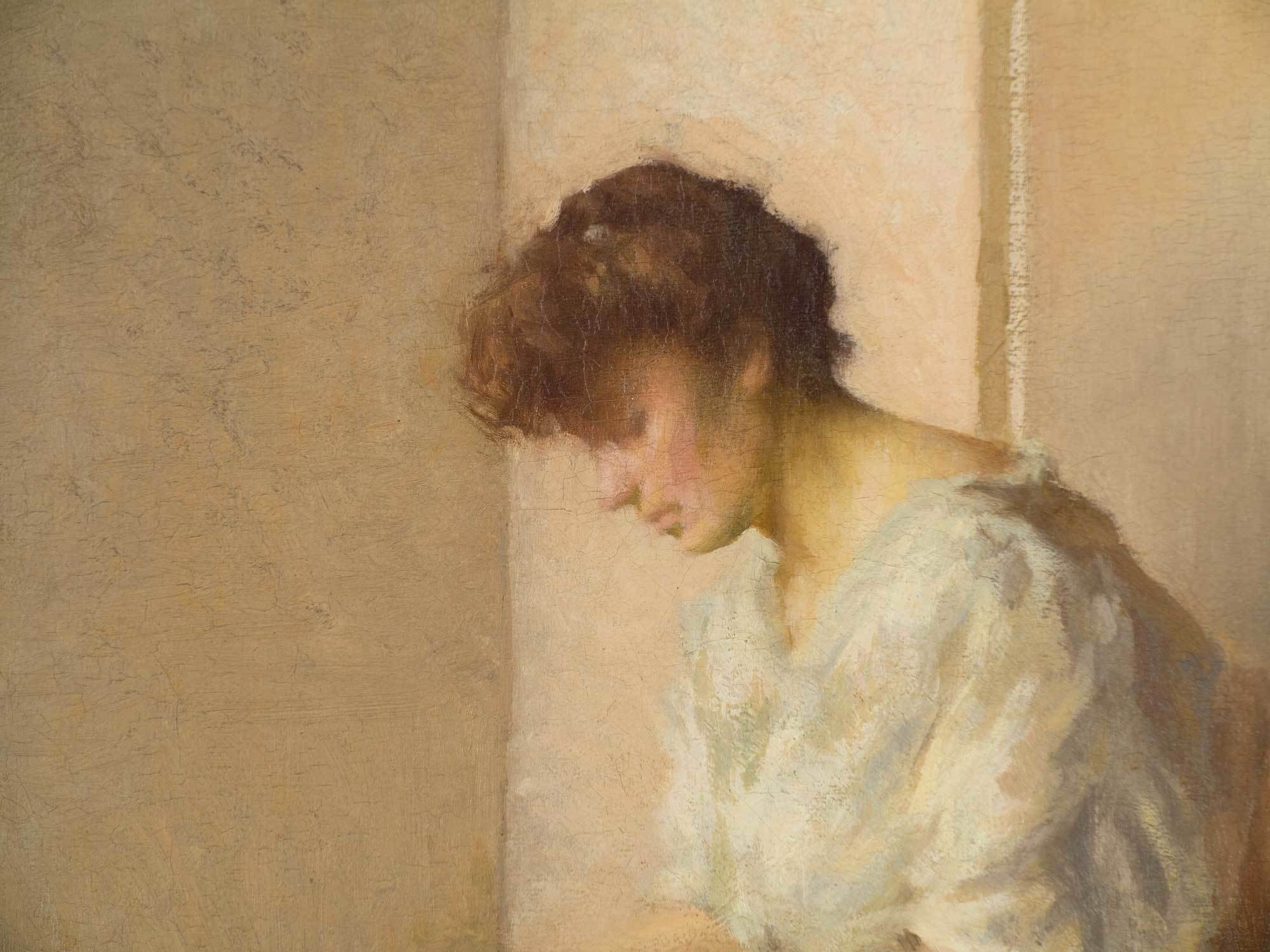 Like her mentor Edmund Tarbell, Alice Ruggles Sohier’s interiors often included a tastefully dressed young woman seated in repose, and served as explorations of the effects of natural light on the figure and objects in a room. She also demonstrated an affinity for the evocative qualities of old New England furniture. As such, Woman Sewing is a quintessential example of Sohier’s work.