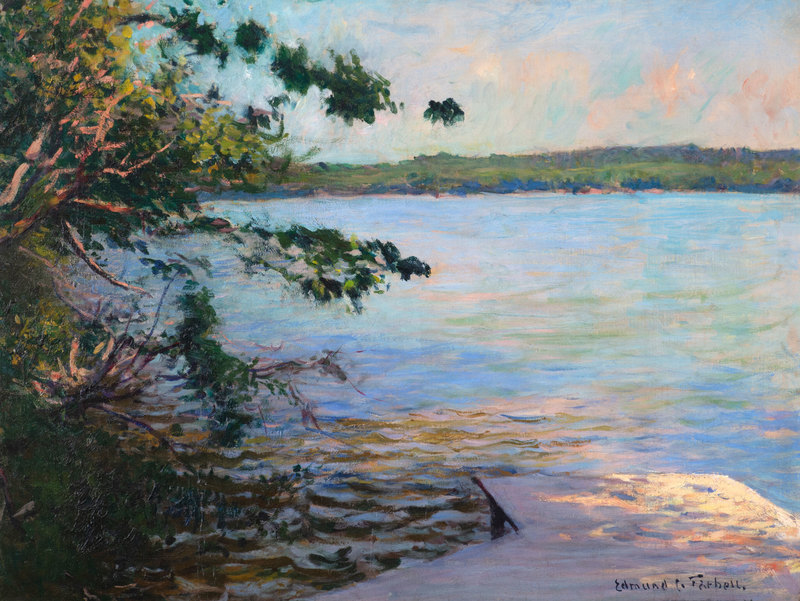 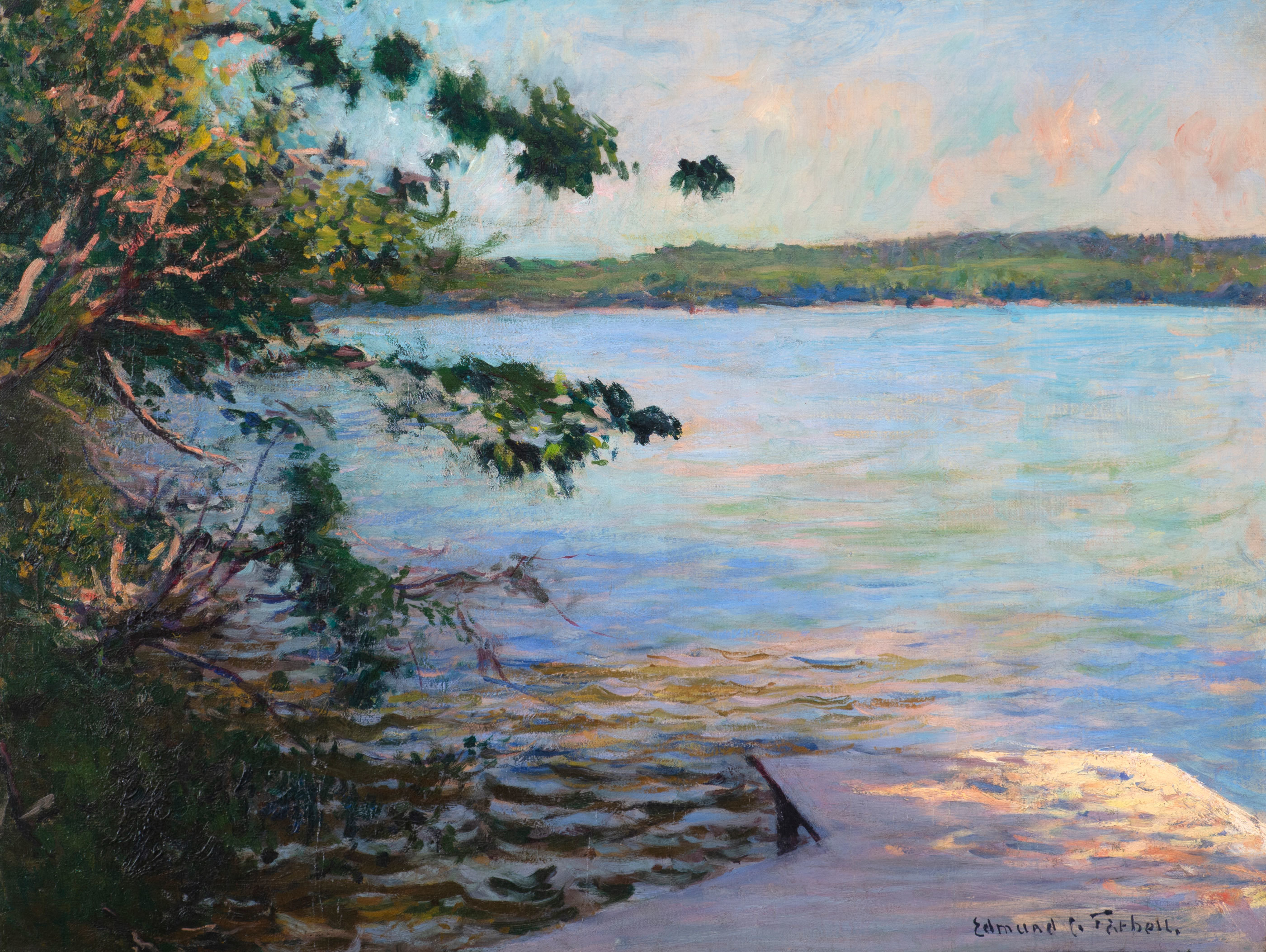 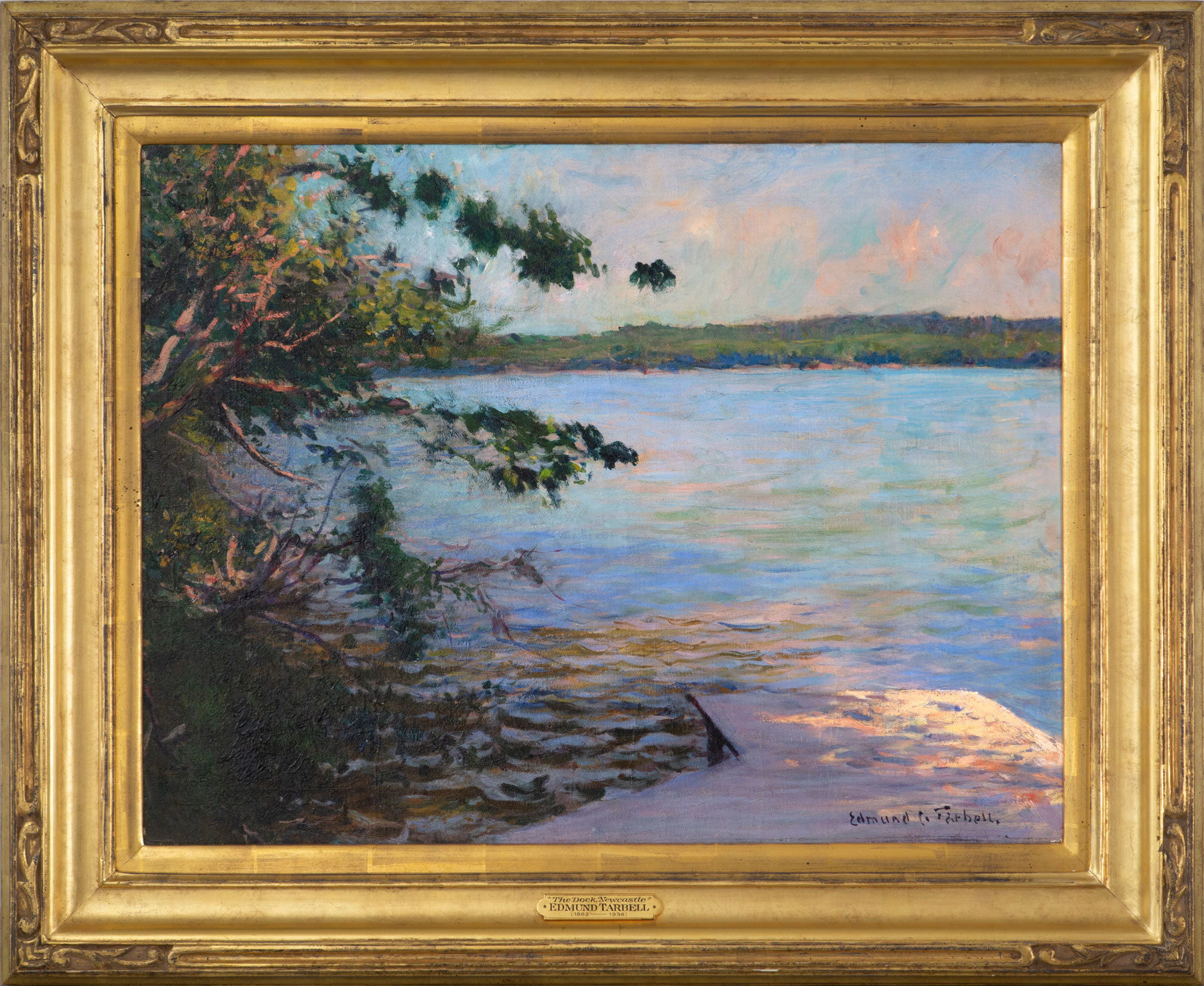 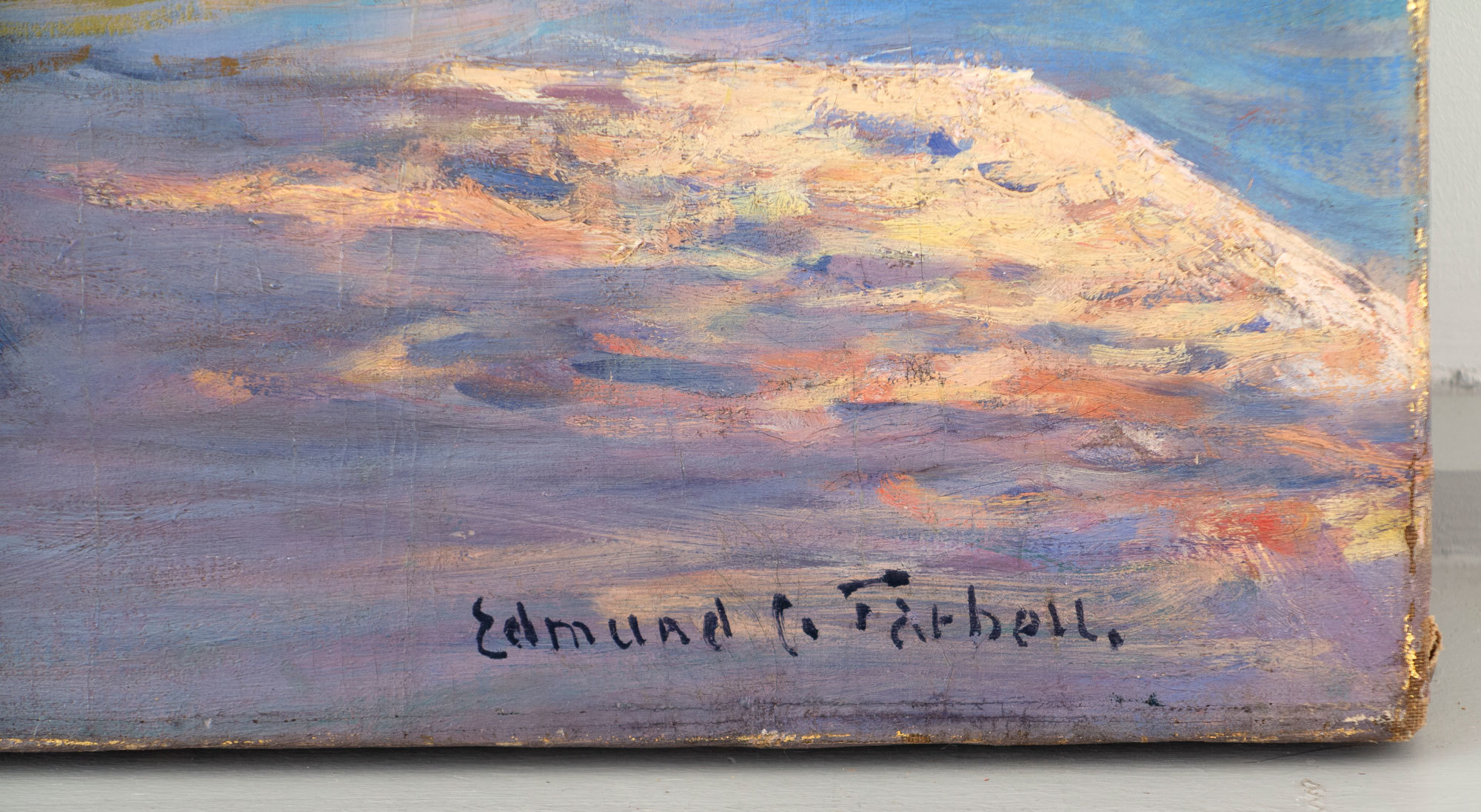 While American Impressionist Edmund Tarbell is best remembered as the leader of the Boston School or “Tarbellite” painters, his heart was very much devoted to the island village of New Castle, New Hampshire.

In 1926, Tarbell retired to New Castle, the setting for some of his best known interior scenes and landscapes. During his career at both the Museum School in Boston and the Corcoran School of Art, New Castle had remained an important subject for his oils. Tarbell added a simple studio to the property in 1907, with a deck stretching out over the riverbank, and by this time the family was spending up to eight months of the year in New Castle, with Tarbell commuting to Boston via the Portsmouth train. The Dock, New Castle, New Hampshire focuses on the riverbank beyond his studio, yet Tarbell approached such landscapes in much the same manner as he did his acclaimed figurative works. He was able to create an object of imminent beauty out of a common, everyday subject.