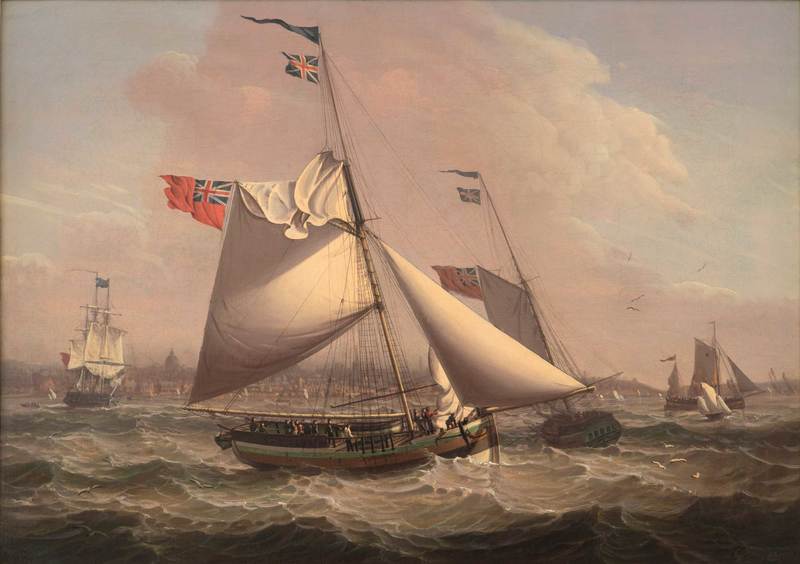 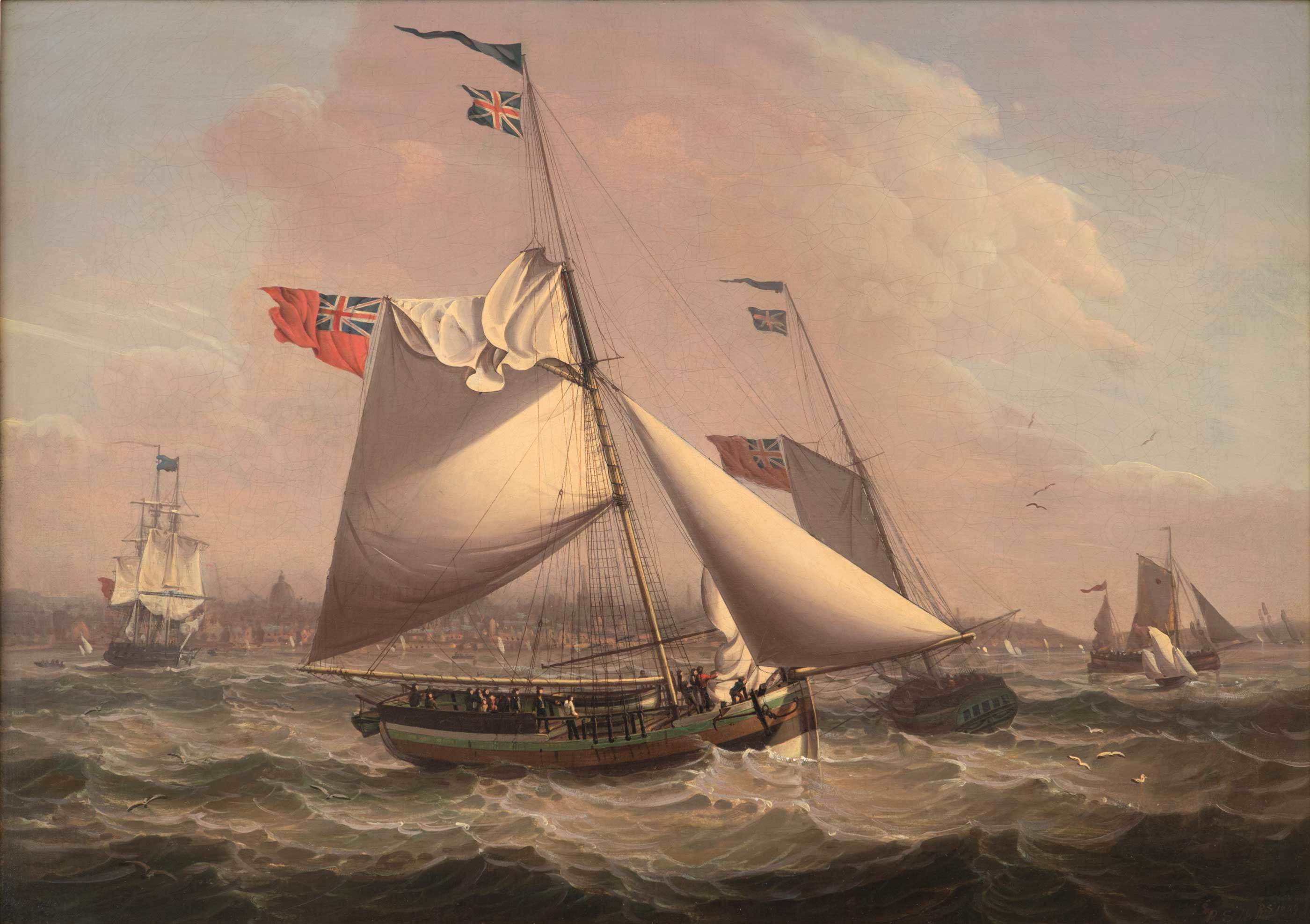 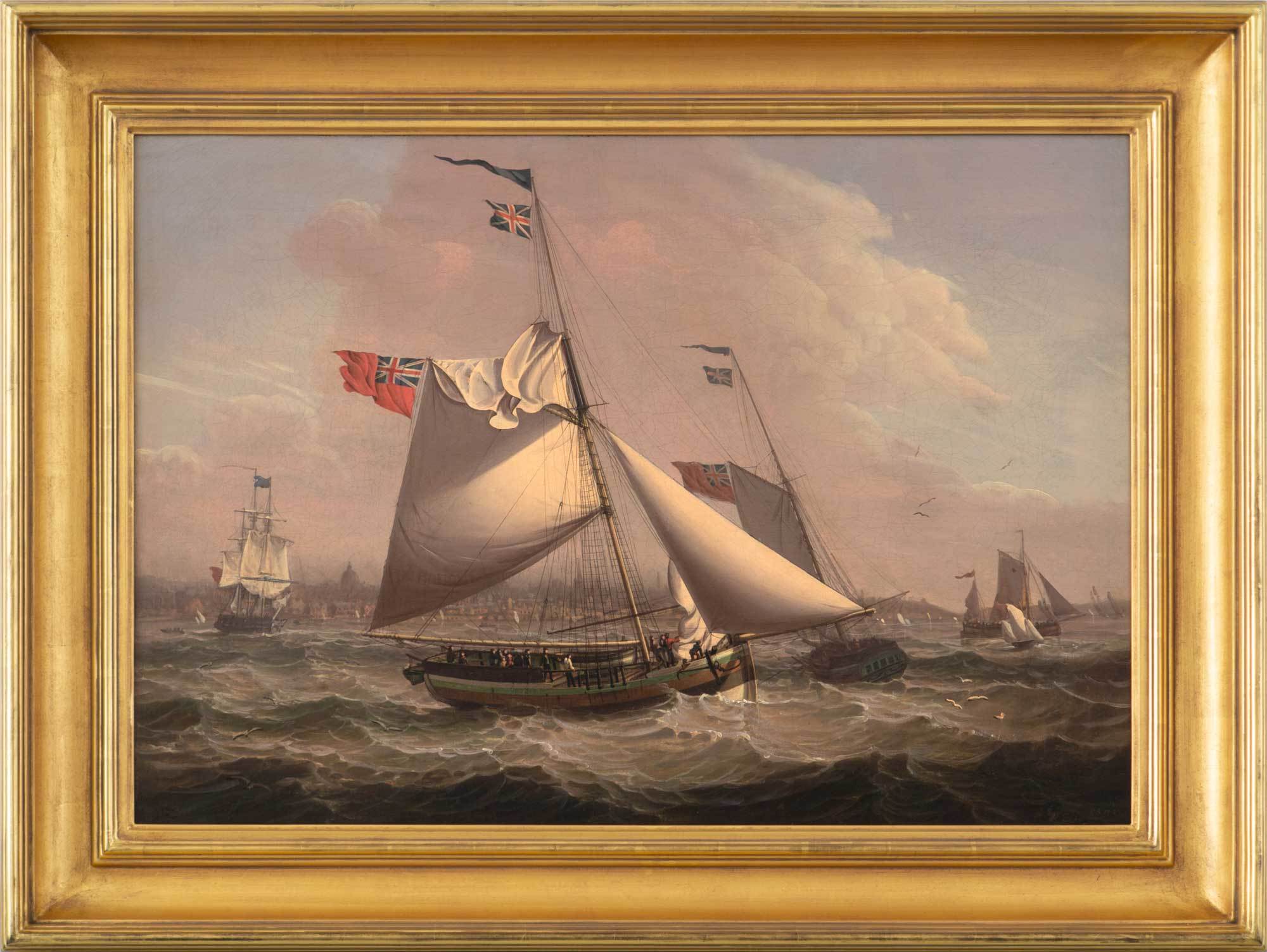 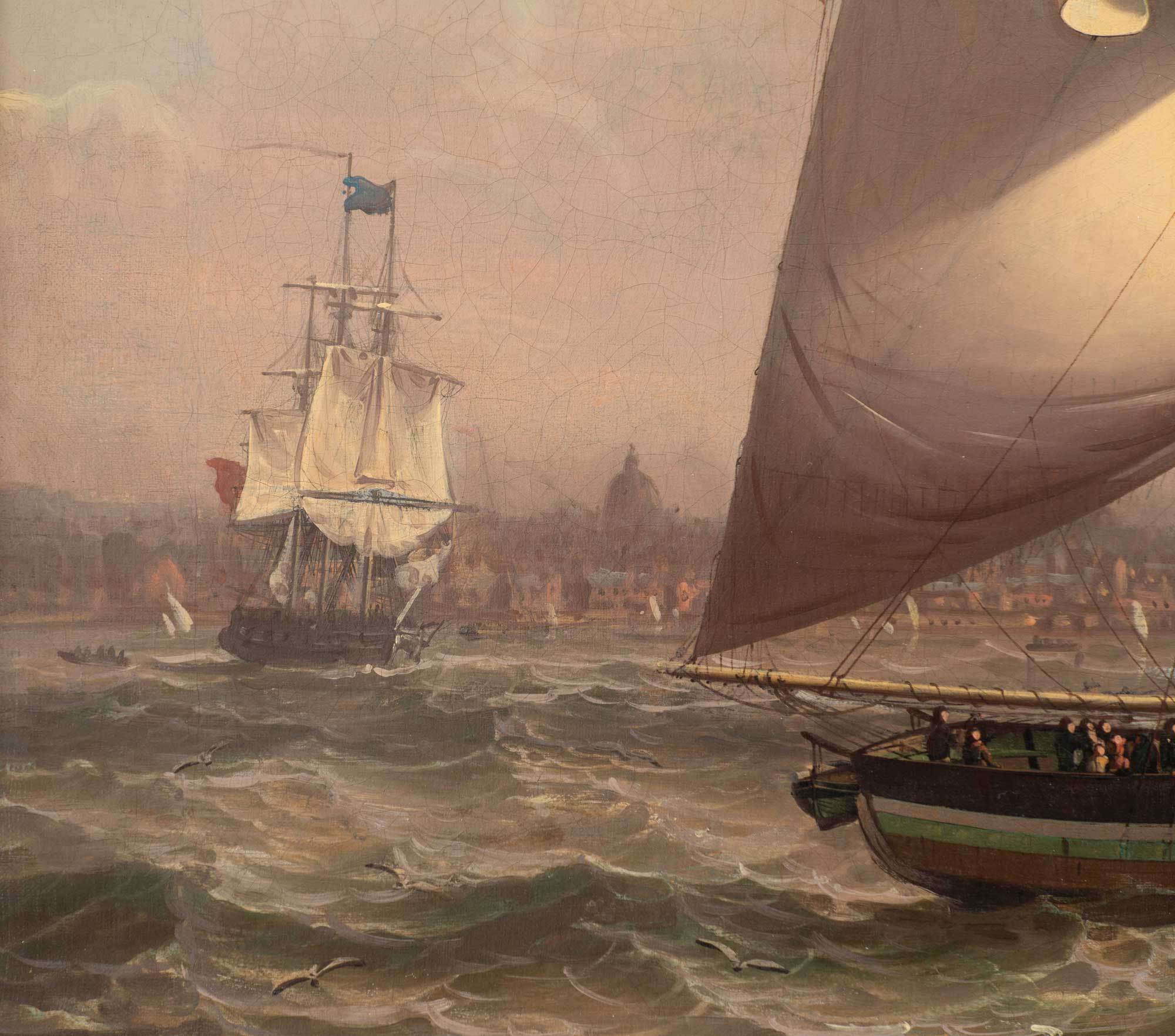 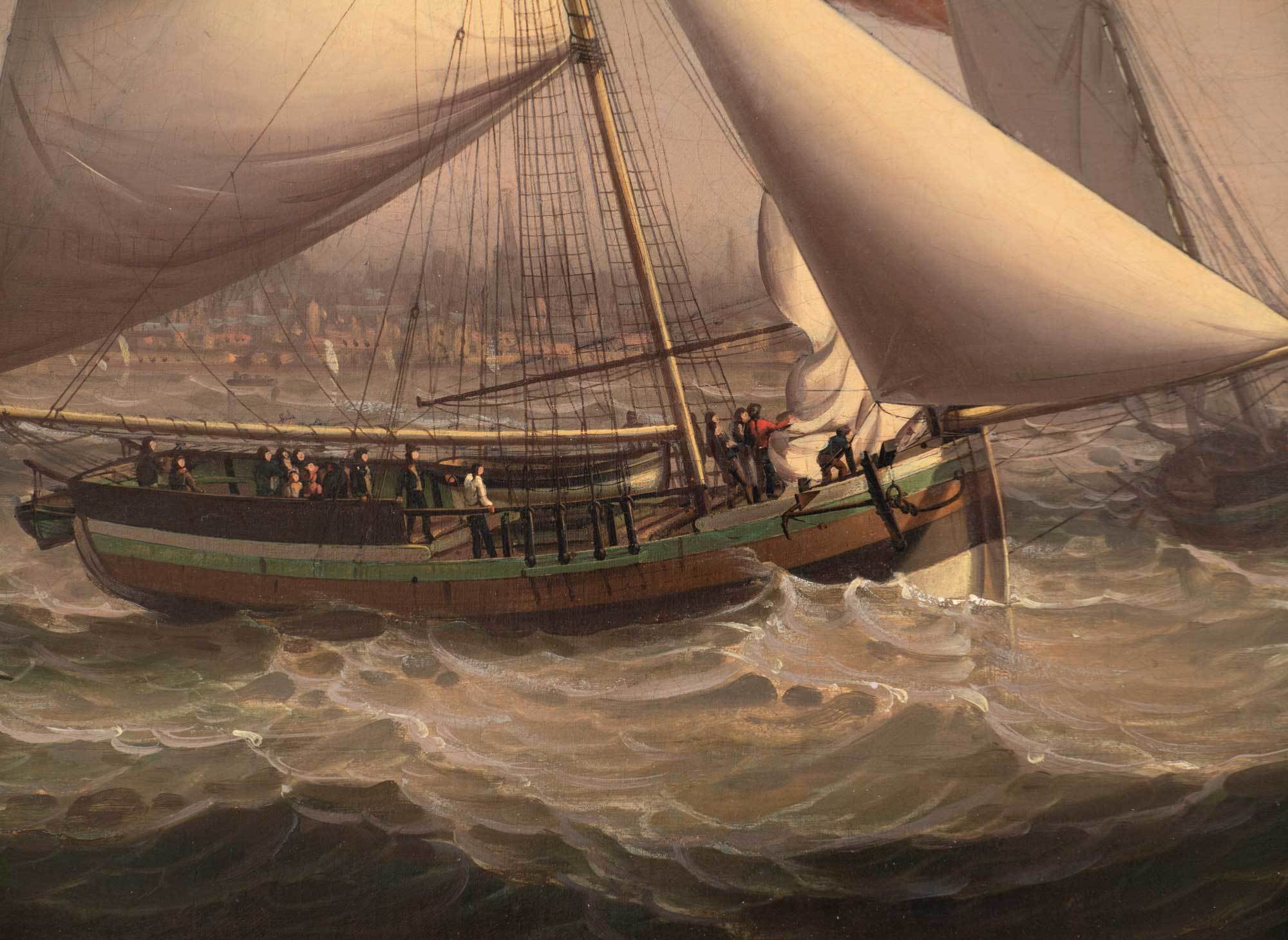 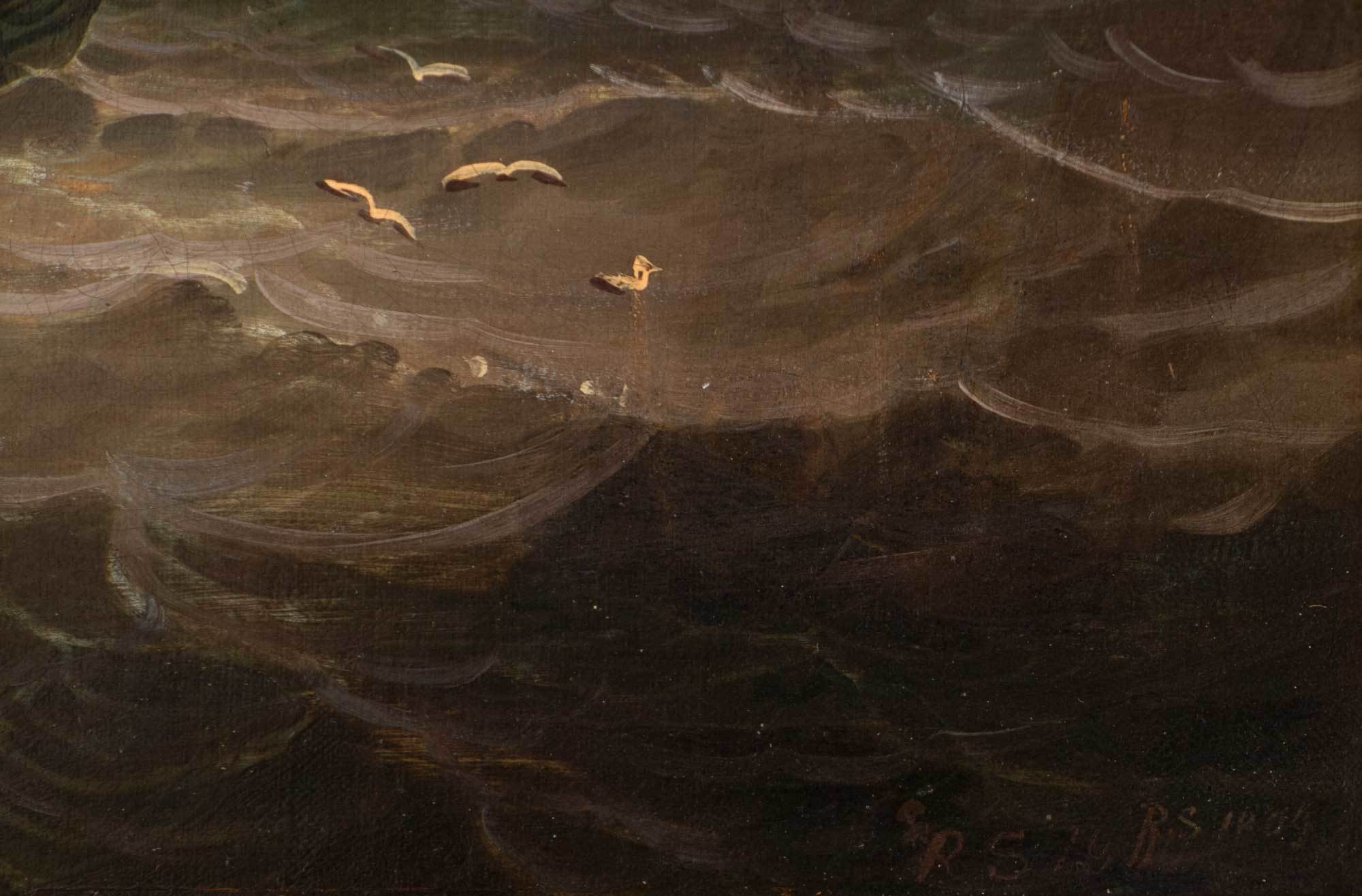 Mail Packet from Liverpool to Glasgow is one of Salmon’s earliest dated marine compositions. It reveals the artist’s already thorough grasp of the subject that would define his career, a quality described by distinguished author and art historian John Wilmerding in his 1971 book on Salmon: “The artist’s understanding of naval architecture and of weather conditions is evident; he creates a fine feeling for movement among these juxtaposed hulls, as the eye moves across space into depth. What is special for Salmon is the unusually loose brushwork, which here lends a unique freshness to the result. Through short, liquid accents he successfully manages to convey the actual sensations of wind and sunlight. The format must have pleased him for it reappears regularly in later paintings.”[1]

Returned to private collection, Dedham, Massachusetts, June 1976, and remained with collector until his passing, 2014

Mail Packet from Liverpool to Glasgow