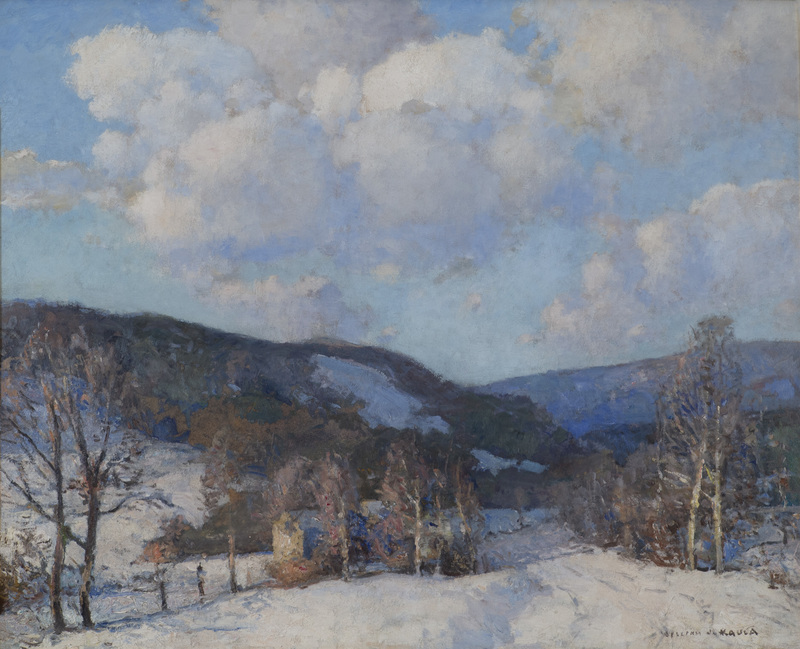 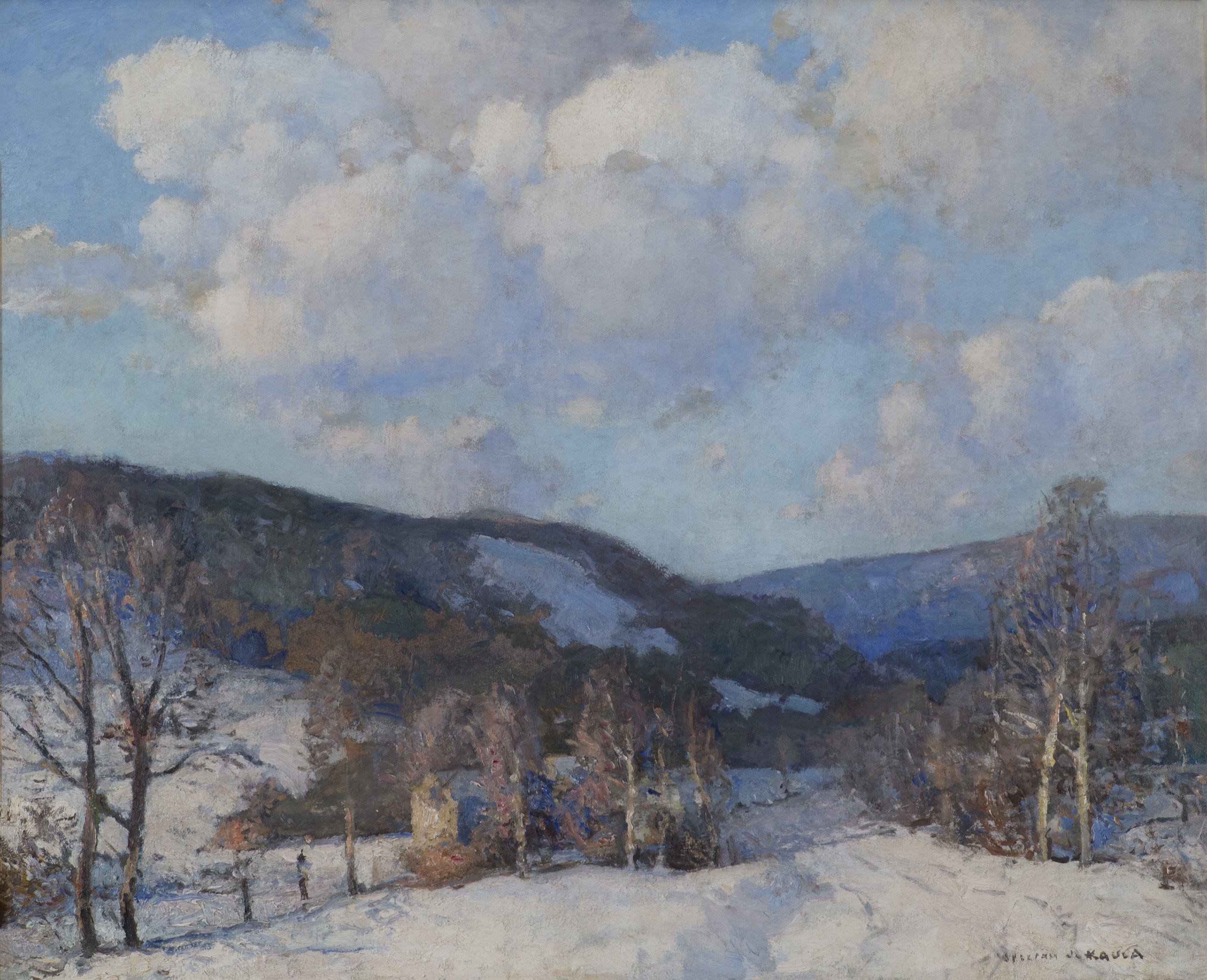 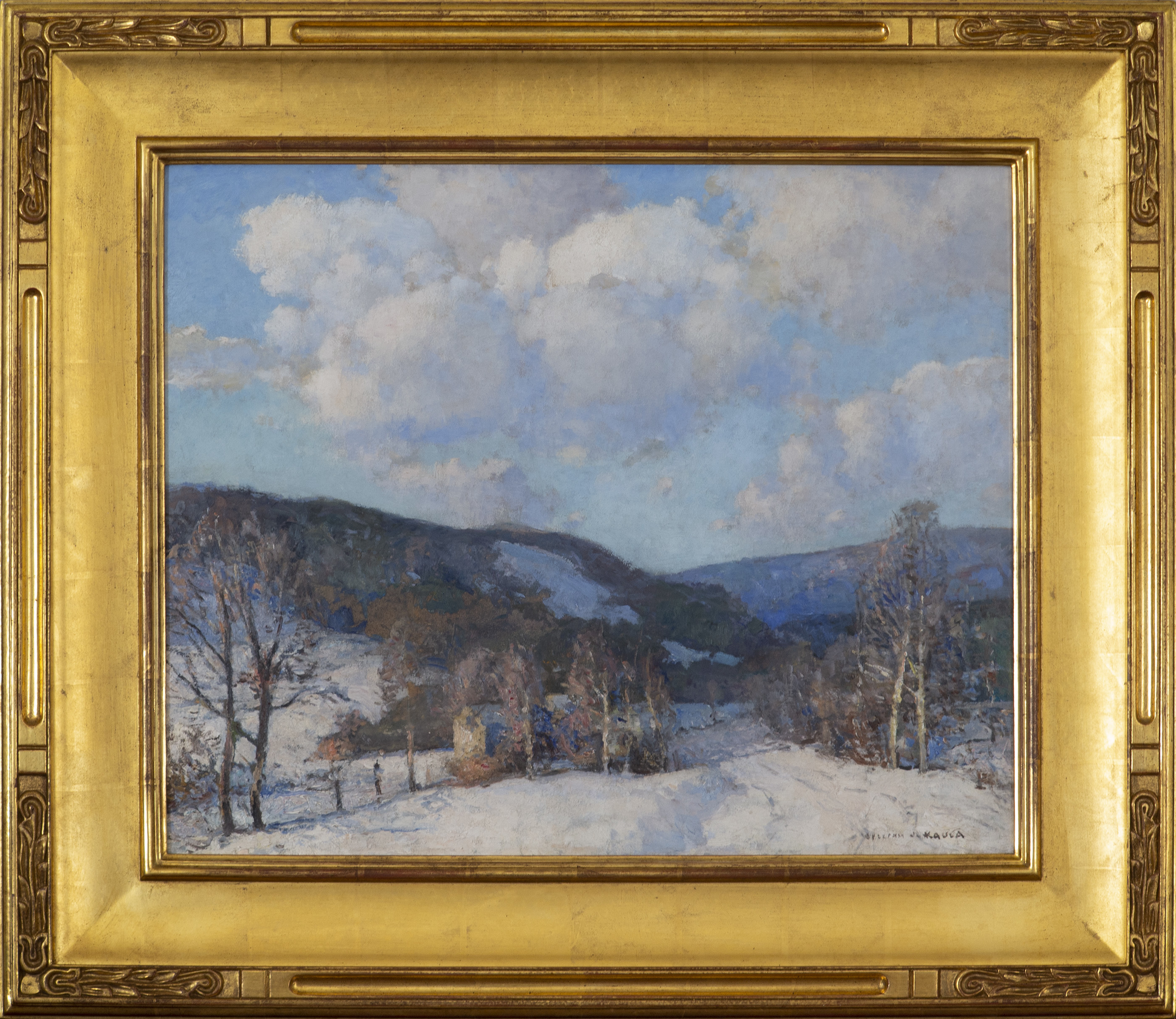 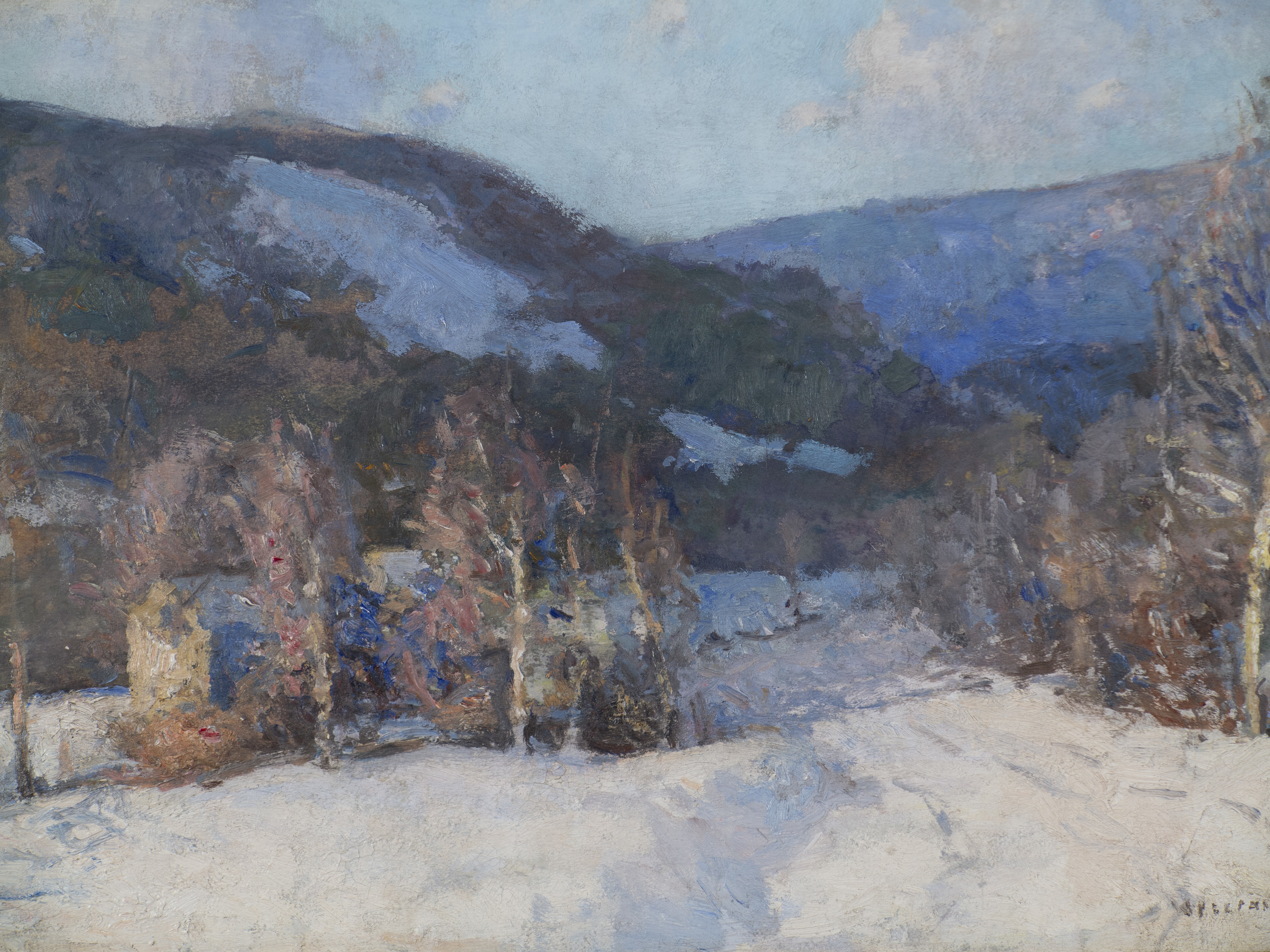 Kaula is best known for his delicate, cloud-filled New England landscapes, primarily painted around the Monadnock region in New Hampshire where he spent many summers in nearby New Ipswich. He earned special praise from critics, fellow artists, and collectors for his sensitive handling of light and color and for his expressive skies, qualities shown in Temple Hills in Winter. Located less than ten miles north of the Kaulas’ New Hampshire home, this scene captures the charming qualities of the coldest season. The snow on the road appears barely touched, with the tell-tale marks of a sled or wagon making only a minor impact, while the mountains exhibit mere patches, and any snow covering the tree branches and the roof of a nearby home has already melted. The clouds overhead – Kaula’s specialty – are tinged with the warm tones of late afternoon sunlight.

Kaula exhibited widely in Boston at the Copley Gallery, the Guild of Boston Artists, and the Cobb Galleries, and won a medal at the 1904 St. Louis Exposition and a bronze medal at the Panama-Pacific Exposition in San Francisco in 1915. Kaula was also an accomplished watercolorist and joined the New York Water Color Club and the Boston Society of Water Color Painters, serving as President of the latter for a time. In the fall of 1905, the Kaulas moved into a large studio at the Fenway Studios building, where they lived and worked together until William Kaula’s death in 1953. Today, Kaula’s work can be found in a number of museum collections, including the Farnsworth Art Museum in Rockland, Maine, the Museum of Fine Arts, Boston, the Colby College Museum of Art in Waterville, Maine, and the Smithsonian American Art Museum in Washington, DC.

Returned to the artist, November 1952