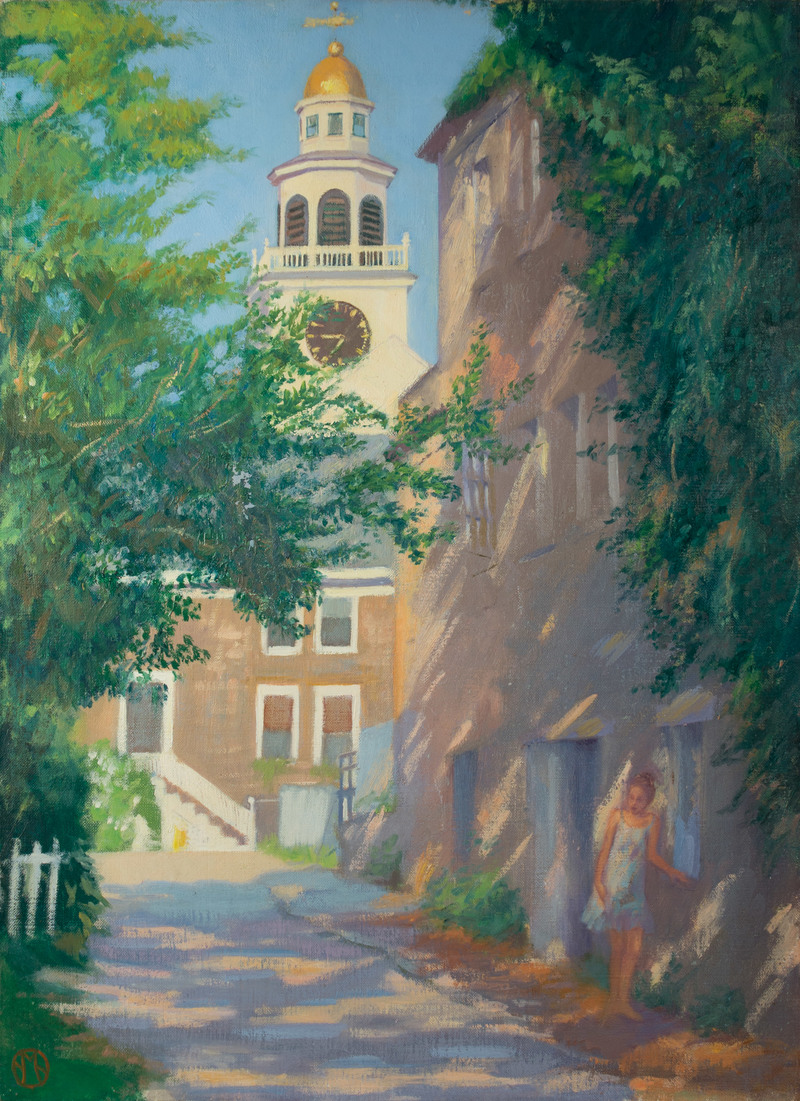 Born in England and raised in India and Sri Lanka, Susan Murray Stokes began her formal arts education at the Byam Shaw School of Art in London in the early 1960s. While in London, she joined Vogue and worked with notable photographers such as David Bailey and Richard Avedon, but after several years of modeling in European capitals and New York, Stokes made a return trip to India for reflection and decided to resume her passion for painting. Back in New York, she studied with Harvey Dinnerstein at the National Academy of Design and with Daniel Greene at the Art Students League, and by the late 1970s, Stokes was rounding out her education in Boston in the atelier of R. H. Ives Gammell. Stokes has exhibited her work in many solo and group settings throughout the country, including shows at the National Arts Club and the Salmagundi Club in New York, at the Guild of Boston Artists and the Copley Society in Boston. While she focuses on portraits in the colder months, Stokes spends her summers painting landscapes on Nantucket and in the White Mountains of New Hampshire. She has been the recipient of numerous awards during her career, including two prizes from the Guild of Boston Artists and the John Singleton Copley award from the Copley Society. Stokes is also recognized as a Copley Master, and her portrait work can be seen in the collections of both Northeastern University and Harvard University.