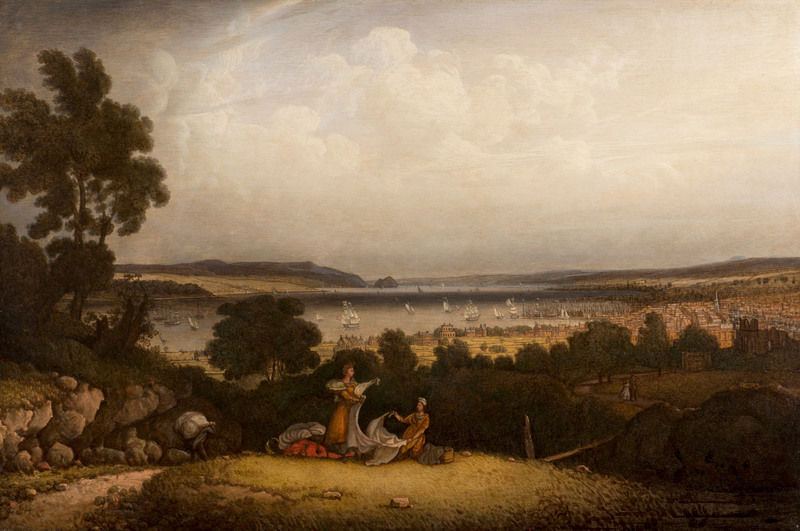 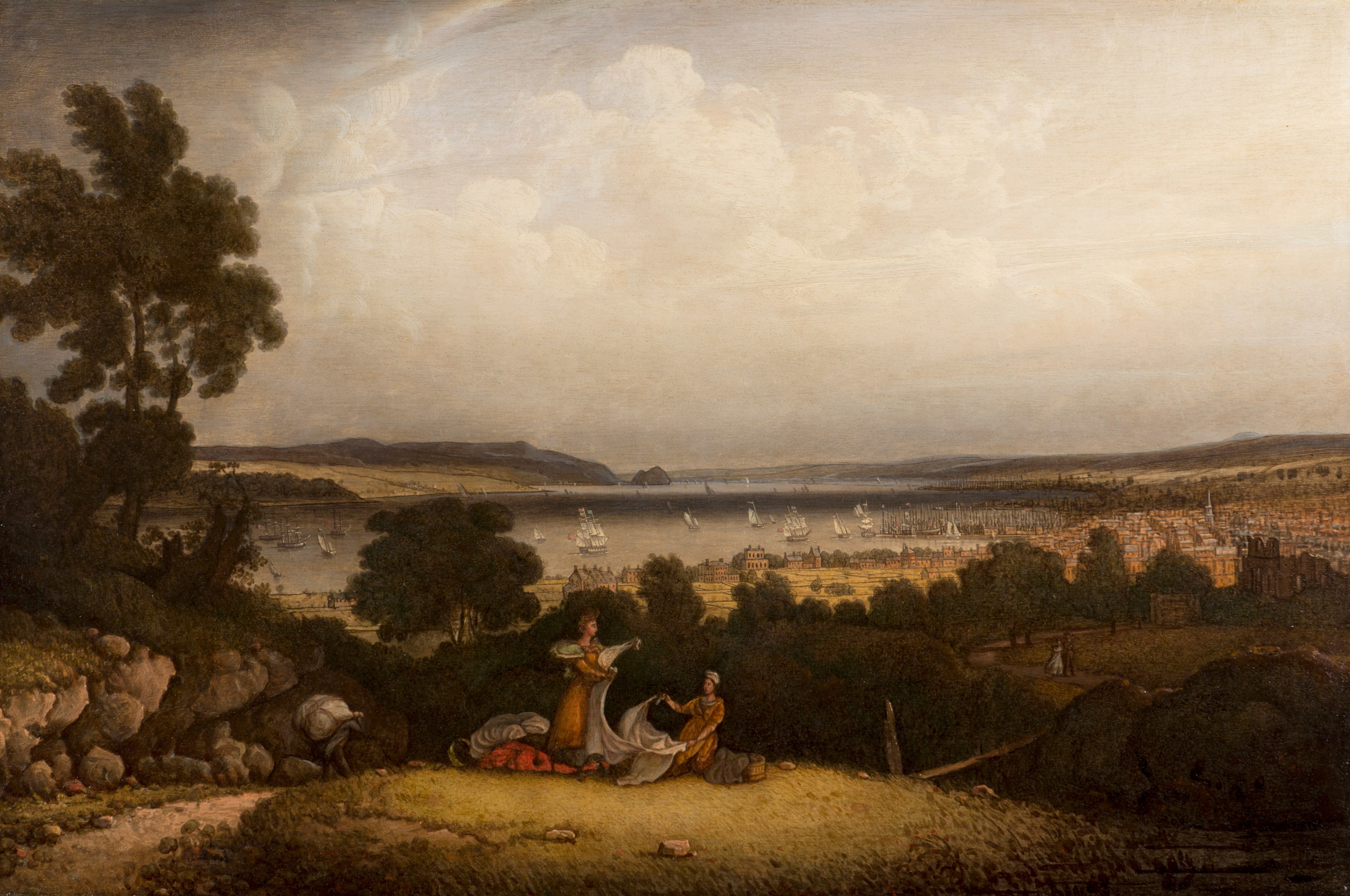 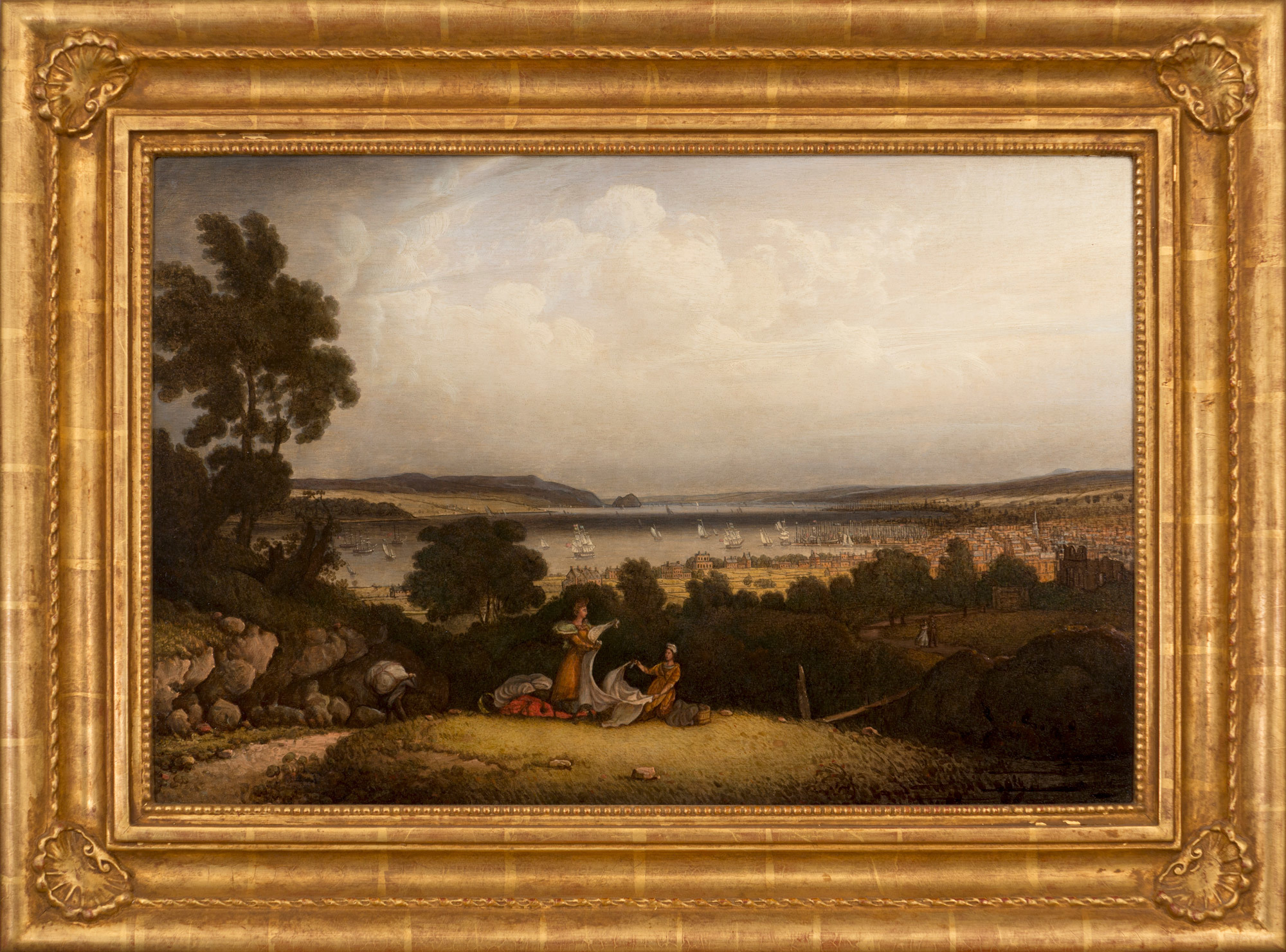 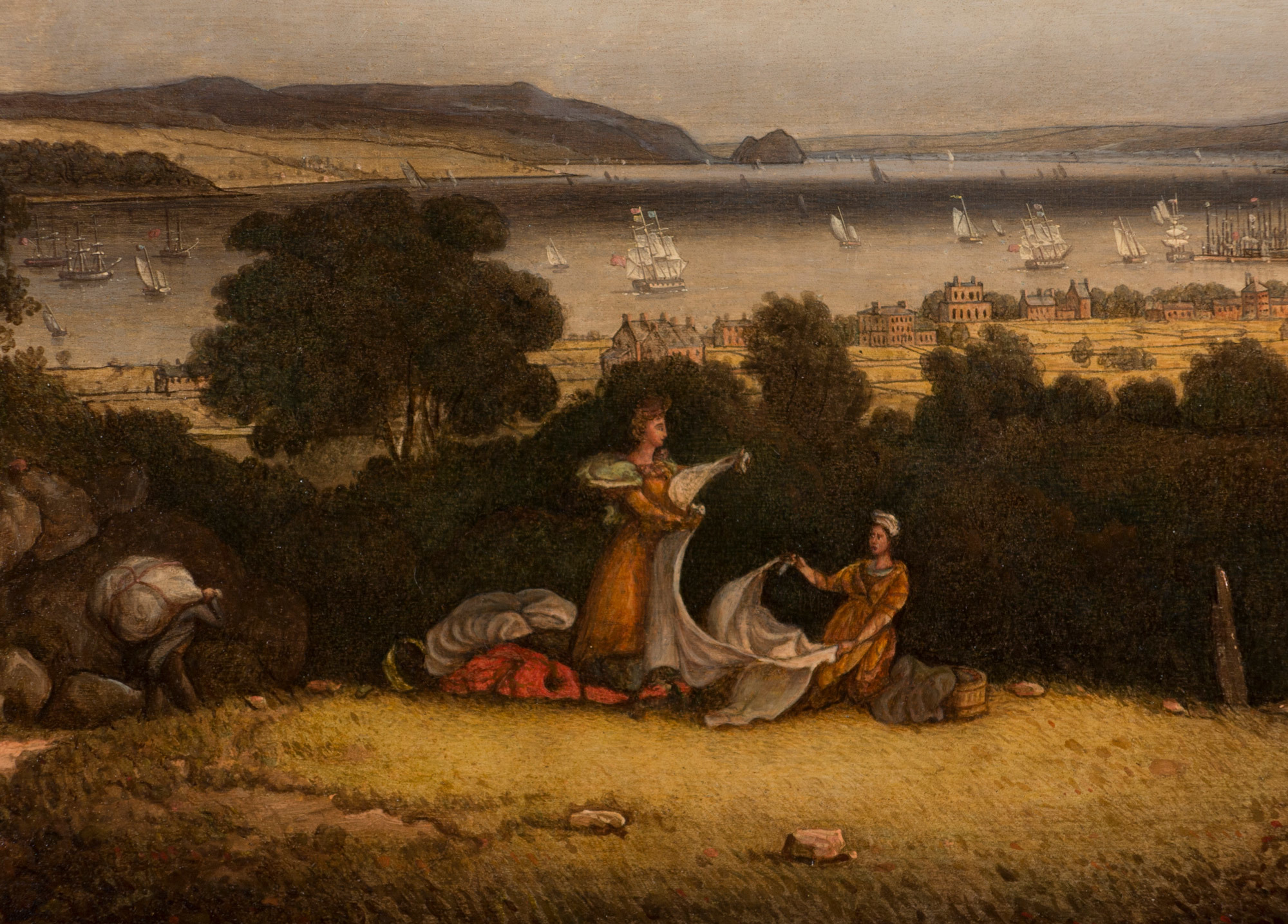 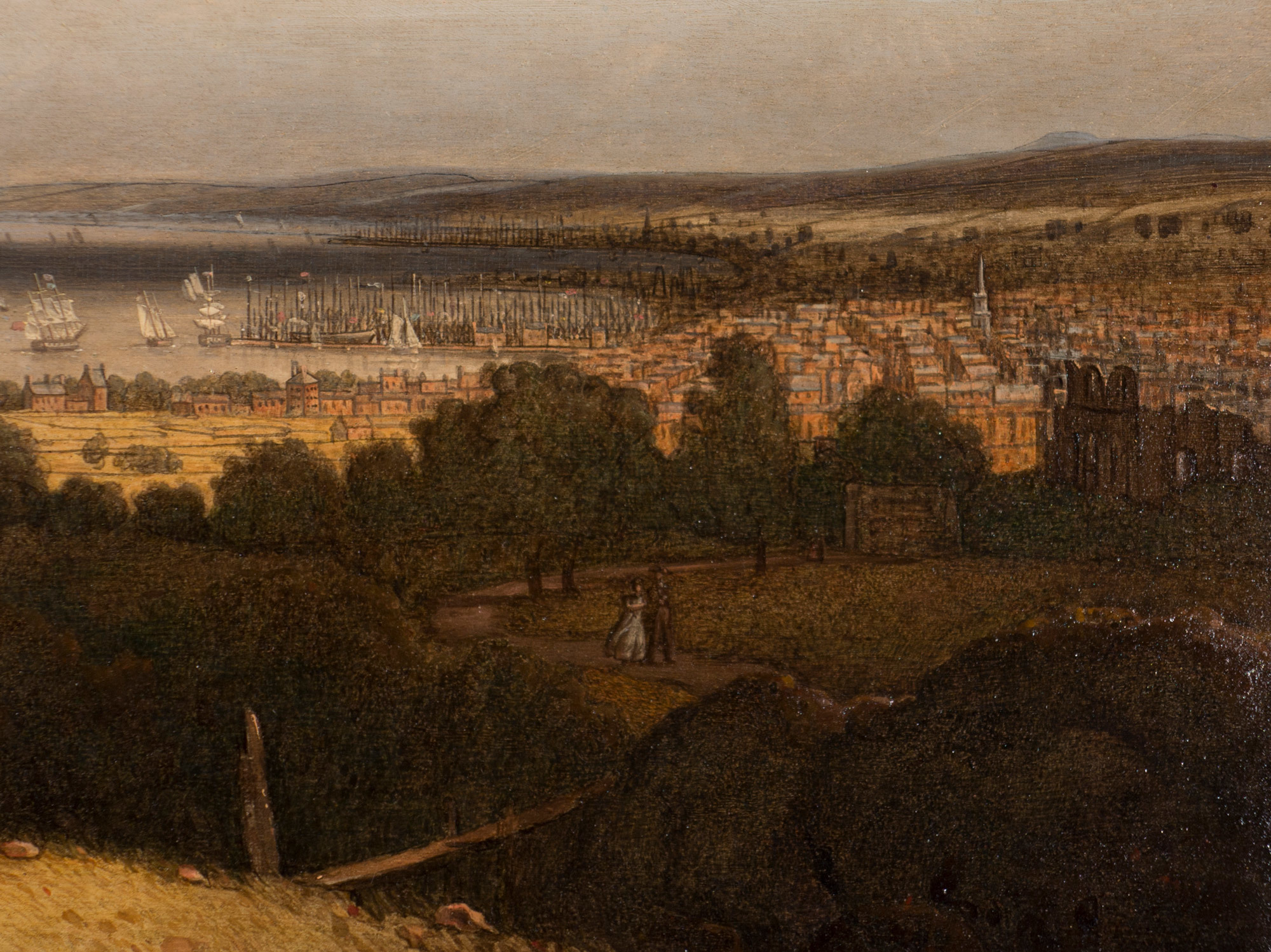 After spending his early years in Liverpool, in 1811 Salmon visited Greenock, an active port on the west coast of Scotland, just over twenty miles down the Clyde River from Glasgow. He joined the town’s Society for the Promotion of Arts and Sciences and exhibited ten works in a Society show in 1813. Salmon resided in Greenock for over ten years, returning in 1825 after a reprieve in Liverpool, and likely visiting the city on numerous later occasions. When he moved to Boston in 1828, he began the second phase of his career and gained popularity in the United States. By 1836, it is said that Salmon achieved the very height of his career in the United States.

Salmon created Greenock, Scotland (Views of the Clyde from Finnart) just three years later, when he was still at the climax of his popularity. In this year the Massachusetts Charitable Mechanics Association hosted its second annual exhibition and fair at Boston’s Quincy Hall and awarded Salmon with a Silver Medal for a “…small landscape beautiful and sparkling, with much more transparency of color and breadth of effect.”[1] Greenock, Scotland (Views of the Clyde from Finnart) demonstrates this admirable technical mastery as applied to a subject matter which he visited frequently. Between 1811 and 1822, Salmon created approximately 250 views of Greenock and dozens more during the 1820s and 1830s, obviously resulting from his enjoyment of Greenock’s wooded hillsides and winding river. These works include scenes of neighboring areas such as the Finnart harbor on Loch Long, a tributary of the Clyde that feeds into the river from the North. An almost identical version of this piece from 1836 is illustrated in art historian John Wilmerding’s 1971 text on the artist, and a second version is currently housed in the Museo Thyssen-Bornemisza of Madrid.

Greenock, Scotland (Views of the Clyde from Finnart)