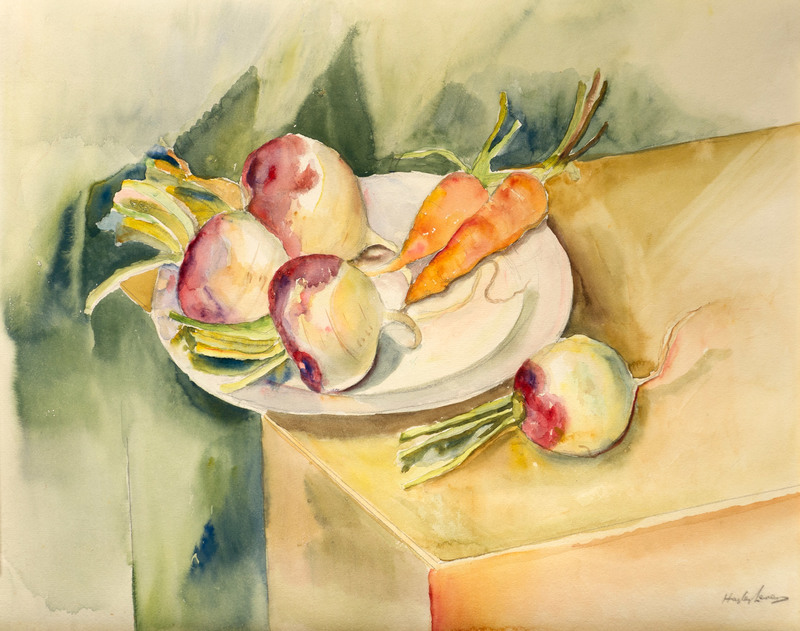 Born in Adelaide, Australia, Richard Hayley Lever traveled to Europe in 1893 where he studied art in Paris and London. He eventually settled in the artists’ colony on the seacoast of St. Ives in Cornwall, and his views of the Cornish coastline, executed in the loosely stated “English Impressionist” manner, brought him substantial recognition in Europe. In 1908, he first encountered the work of Vincent Van Gogh, whose bold, rhythmic style came to influence Lever’s paintings from that time forward.

Lever moved to New York City in 1911, reportedly at the suggestion of the American painter Ernest Lawson, whom he might have met in Paris in 1893. Both artists shared a love of painting cityscapes and the countryside and both developed a spontaneous, daring method of working. Lever soon became friends with those in Lawson’s circle, including Robert Henri, William Glackens, John Sloan and George Bellows, and they exhibited together at the Whitney Studio Club, Macbeth Gallery, and Kraushaar Gallery. Like many artists, Lever sought to escape the heat and commotion of city life in the summer and began exploring artists’ colonies along the North Shore of Massachusetts and the islands of Martha’s Vineyard and Nantucket. He first visited Gloucester in 1915 and was charmed by the ships and weathered piers lining the harbor, which reminded him of the Cornish fishing villages that inspired his earlier work. He returned to Cape Ann throughout the 1920s, offering painting lessons and later teaching at the Art Students League’s summer school in East Gloucester in 1930 and 1931. Lever also found inspiration along the coast of Canada, in rural New Jersey, in the mountains of Vermont, and, beginning in the 1930s, on the shores of Long Island.

Lever had a successful and distinguished career teaching at the Art Students League and exhibiting his paintings widely throughout the United States. He was a regular contributor to the annual exhibitions at the Carnegie Institute in Pittsburgh, the National Academy of Design, the Pennsylvania Academy of the Fine Arts, the Boston Art Club, and the Chicago Art Institute. In 1913, he won honorable mention from the Carnegie Institute, and the following year he had a one-artist exhibition at the Memorial Art Gallery in Rochester, New York, which traveled to the Syracuse Art Museum. In 1915, the Brooklyn Museum purchased Winter, St. Ives from their Annual Exhibition of Contemporary American Paintings. Lever’s paintings are in prominent collections throughout the United States, including the Metropolitan Museum of Art, the Brooklyn Museum, the Montclair Art Museum, the National Museum of American Art, the Smithsonian Institution, and the Corcoran Gallery of Art.