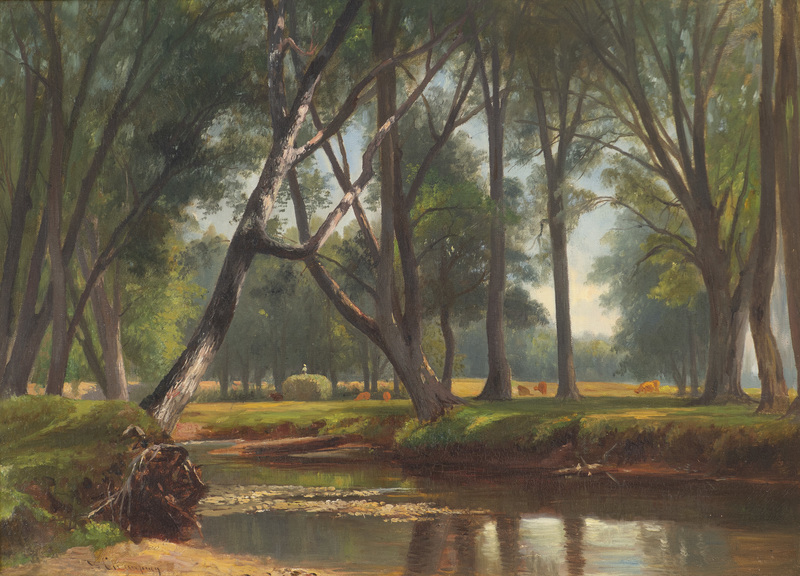 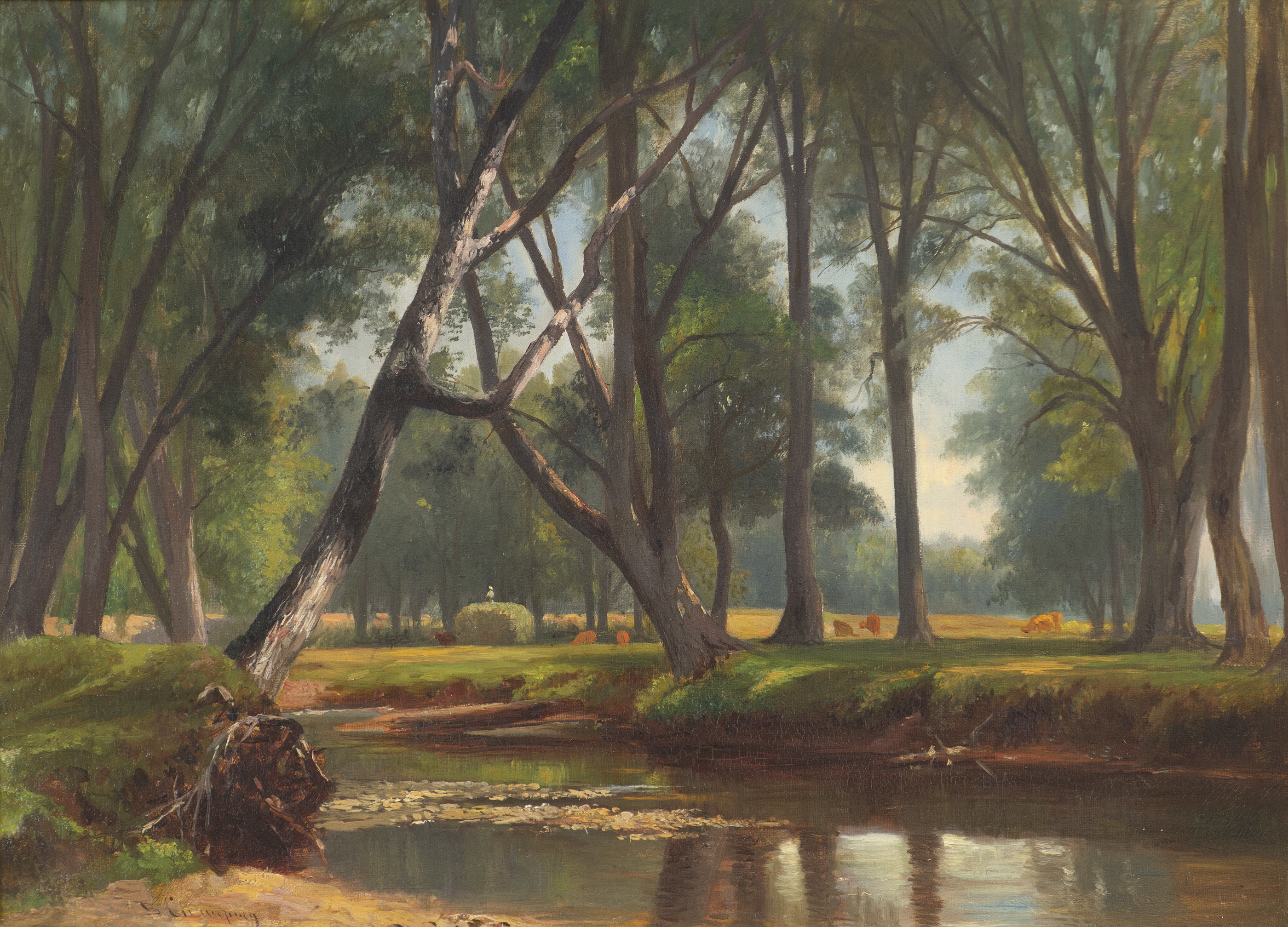 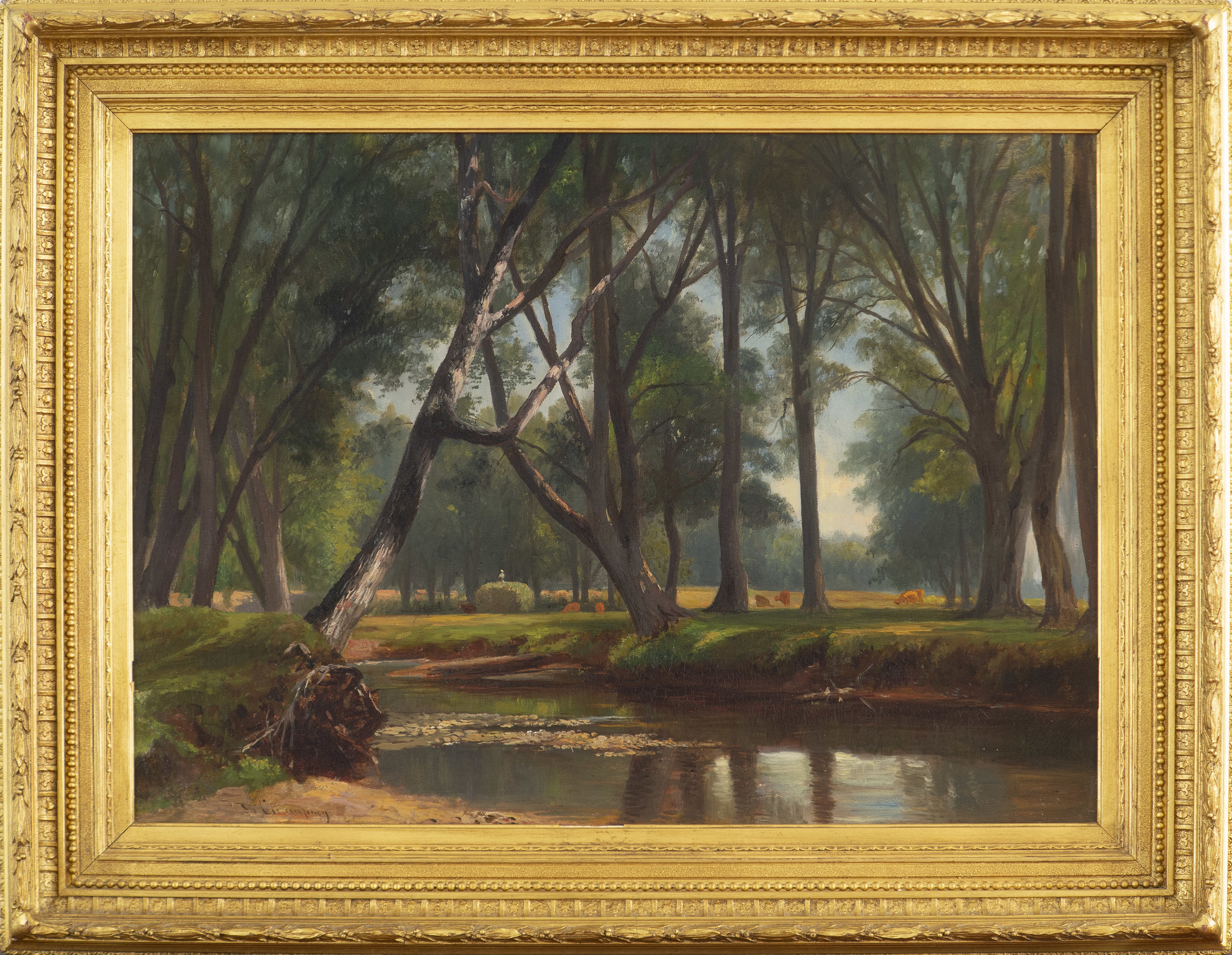 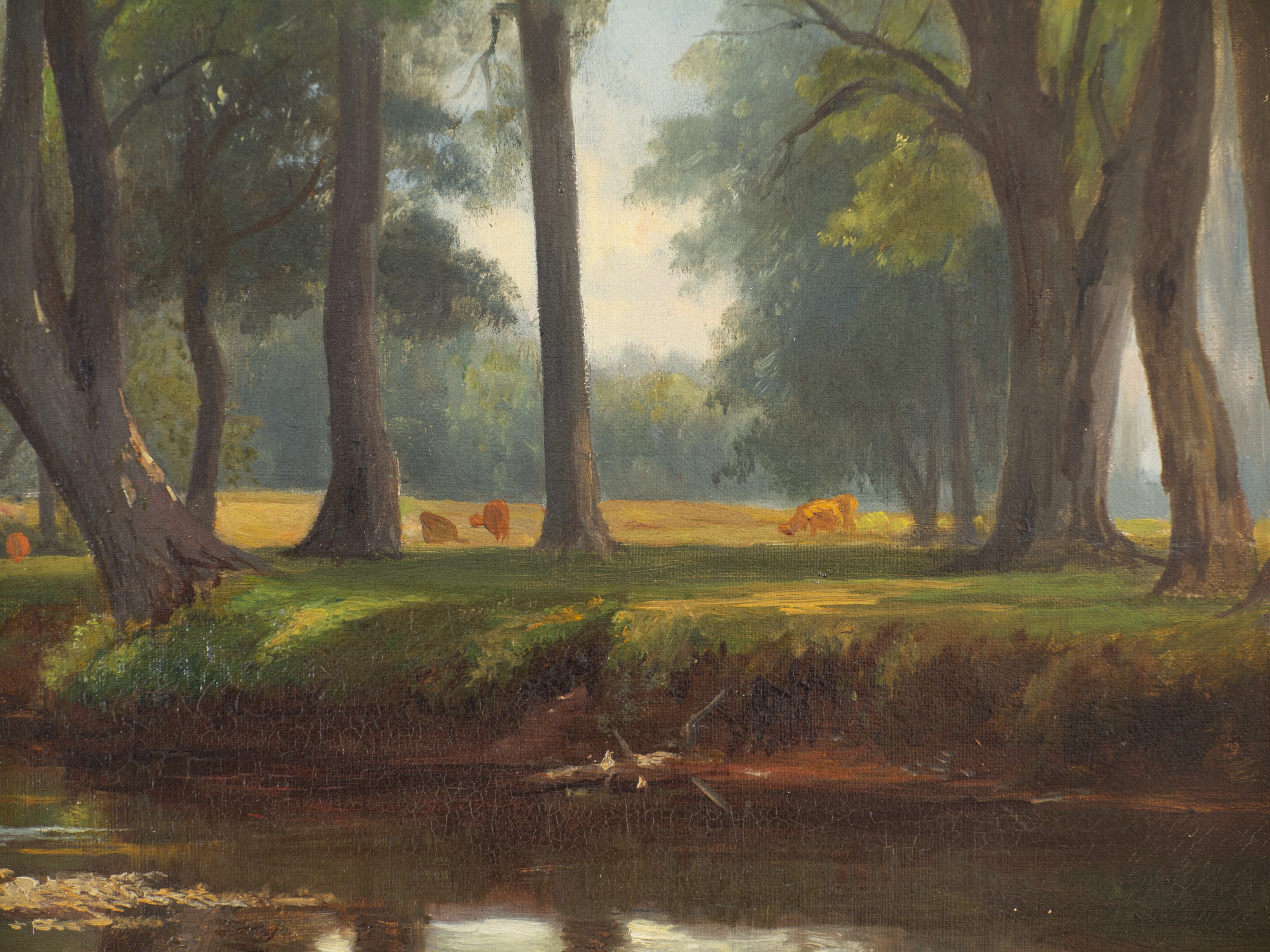 Champney’s appreciation for the singular beauty of the White Mountains region can be found in his canvases featuring its grand peaks and peaceful valleys as well as in those depicting forest interiors and sun-dappled pools, as seen in Artists' Brook, New Hampshire, which depicts one of his favorite sketching spots, according to his 1900 memoir: “Artists’ Brook has from the first been to me one of Conway’s greatest charms…Many, many days and hours have I passed, painting and singing an accompaniment to its silvery music, and I know almost every nook and transparent pool in its three-mile course from its birth in the depths at Black Mountain to where it loses itself in the Saco. Many a day I have shouldered my trap, with a lunch in my pocket, and followed its course for a couple of miles, and settled down to work in some secluded, solitary point, with no voice but the brook to cheer me or urge me on to the struggle of solving Nature’s mysteries of light and shade and color.”

Champney made his first voyage to the White Mountains on foot from Boston to North Conway during the summer of 1838, and was so enchanted by the picturesque summits, falls and gorges of this region that he devoted the following sixty years to painting its landscape. He was raised nearby in New Ipswich, New Hampshire, but spent much of his young adult years in Boston. Apart from exhibitions at the Boston Athenaeum, which began in 1827, and at Chester Harding’s Gallery, founded in 1833, the city still held few options for artists during this period. At the suggestion of Washington Allston, Champney sought instruction abroad in 1841 and befriended Kensett, Casilear and Asher Durand while in Paris.

In 1853, Champney purchased the Lewis Eastman House near Conway Village and converted a carpenter’s woodshop into his personal studio. As artists began visiting the Conway area with increasing popularity, Champney joked that his studio threatened to become a fashionable tourist attraction. His paintings were received with equally high regard, and during the 1870s, Louis Prang produced up to 100,000 chromolithographs of many of his works.

Shortly after his 90th birthday, Champney wrote to a neighbor, remarking: “I paint a little every day as it please me & think some of my last pictures are as good as any I have done.”[1] The artist painted up until the morning of his death in 1907, sixty-nine years after his first visit to North Conway.

Private collection, Bedford, New Hampshire (unknown where and when the painting was first acquired by the collector, who passed away in 2021)